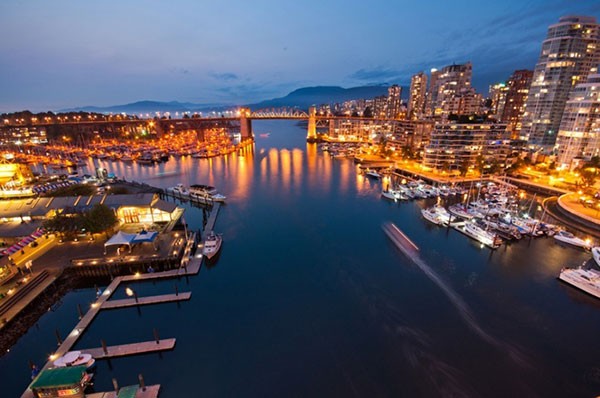 Growing up in Vancouver, I didn’t really have a good understanding of what makes a lively public space until I had travelled to Europe. It’s true that we have a seawall that wraps around the city offering spectacular views of the ocean of mountains, and we have some great beaches and parks. But, it wasn’t until I took my first trip to Italy as a teenager that I saw how great a public space can be.

I still vividly recall my first time visiting Rome’s Spanish Steps. It was the beginning of spring, probably around sunset because the sky had an orange glow. On the steps, there were lovers, families, tourists and office workers milling about, taking pictures, chatting, playing or rushing home from work. Below the steps, there were flower vendors selling enormous sunflowers and cafes bustling with people drinking wine or espresso and devouring pizza.

I came back home, a little bummed that my city was so lacking in spaces like this, which exist all over Europe. Thankfully over the years, Vancouver has grown up a little and can claim some great public spaces of its own. However it is still rare in this city to find public spaces that are active year round. So what are Vancouver’s best public spaces?

My criteria for choosing the city’s best are: year-round use, plenty of entertainment, recreation, beauty, and a diversity of people and activities.

It needs a lot of improvement, but Robson Square is Vancouver’s only central downtown public square. For a few years, it was a dead zone. The City of Vancouver resuscitated it by bringing back the skating rink, adding food trucks and closing down the 500 block of Robson Street to allow for funky street furniture every summer, turning it into the city’s living room. If you want to get away from it all, head up the hidden steps to beautiful gardens above. Down below, you can skate in the winter, or salsa dance in the summer. And near street level, you can posh it up at the Vancouver Art Gallery Cafe or grab a sandwich from Mom’s Grilled Cheese and eat on the Gallery steps. Now, if they could only finally do something about the sad sack of mulch that is the Gallery’s North Plaza….. One of Vancouver’s longest running, public space success stories, Granville Island has always been a hub of diverse activity. The small island is home to theatres, Emily Carr University and art gallery, artisan shops, a micro brewery, a massive toy store, cafes, restaurants, playgrounds, a yoga studio, community centre, street performers and a bustling market, not to mention that it is home to many office spaces, it is very rare to see these spaces unoccupied due their popularity in the area, specially because these come fully equipped with the best Office Chairs online to offer comfort while working. At the foot of Davie Street along Beach Avenue, sits one of Vancouver’s finest beaches, where you can sit on a bench or a log, dip your toes in the sand and get a glorious view of the sun setting and dipping below the ocean. Any time of year, you can watch bikes and rollerbladers go whizzing by, grab some food at one of the local restaurants, and watch tourists pose with the Ah-Mazing Laughter statue. Grandview Park is nestled in the heart of Commercial Drive, one of Vancouver’s best neighbourhoods. Once a hangout for drunks and shady characters, the park was renovated in 2010 and has become the centre of the community. Year round, families congregate in the playground just outside the Eastside Family Place, musicians strum guitars, artists sell their wares and cyclists play bike polo. Opened to the public after the 2010 Winter Games, the Olympic Village is one of the city’s most gorgeous examples of landscape architecture. The central square is home to two giant sparrow sculptures and is flanked by two great brew pubs and a bakery/cafe. There are beautiful places to sit along the new seawall extension and the newly created “Habitat Island”, which to some has become better known as “Beer Island” (just please take your garbage out with you, people). What are your favourite public spaces in Vancouver?