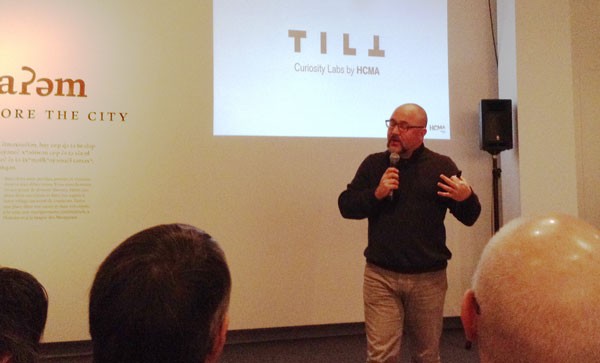 Vancouver is a beautiful city. Surrounded by the ocean, green mountains and parks, Vancouverites seem to thoroughly enjoy all its natural amenities, including its 28 km uninterrupted Seaside Greenway connecting the Vancouver Convention Centre to Spanish Banks Park along its watery edge. The city is also blessed with nine beautiful beaches. And yet, studies show that out of all the census metropolitan areas Vancouverites have the lowest life satisfaction rate.

So why are we so unhappy, amid all this natural beauty and what potential ?

Vancouver’s downtown peninsula is one of the most densely populated cities in the country, and despite many wonderful attributes, it is known to lack vibrant public spaces that engage its citizens in daily encounters and foster mutual activities. The city’s waterfront spaces have the potential to offer such spaces.

Towards this end, Mark Busse and his Team at HCMA Architecture + Design  shared their ideas and research findings on how to establish and redefine a healthy relationship with water that would contribute to Vancouver’s identity.

The team was particularly inspired by examples in Europe, such as the Rheinschiwmmen open water floating event in the Swiss city, Basel. And over the course of the event, Melissa Higgs—Associate at HCMA—showed various other examples from Denmark and Norway, where citizens gather after work or at weekends through networks of harbour baths. In all these cities, water becomes a prime location that bring the citizens of a city together.

As one would expect, water programs such as these are very popular, something that is also reflected via social media such as Instagram through hashtags like #sorengasjobad or #islandsbrygge.

After the presentations, the audience was invited to share their opinions, views and suggestions on how we can celebrate the life in the city and implement water for a new type of urban space. Some members in the audience, for example, expressed safety concerns with open water concepts. Is it safe to just dive into deep waters? Will there be any Lifeguards to protect the citizens? Others were wondering how clean the waters are? Also, given the mild climate of Vancouver, wouldn’t it be too cold to swim in the open waters?

One member of the audience also suggested to build public spaces similar to the Waterfront Design Guideline in New York. It is an appraisal system for water similar to what LEED is to buildings. Provided the City of Vancouver would support such an idea, it could help Vancouver to improve public access, support recreation and revive Vancouver’s waterfront.