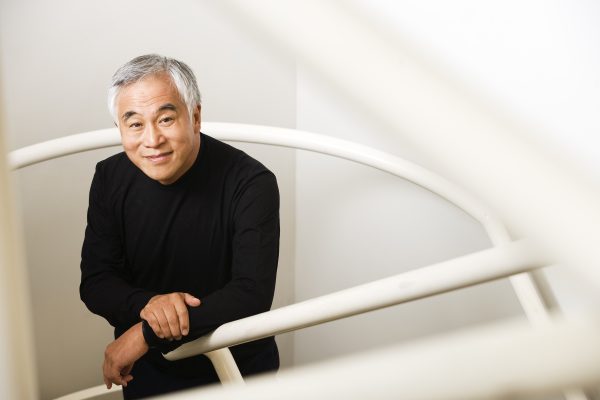 Portrait of Bing Thom in studio. Photo courtesy of Wikipedia.

We are saddened to learn of the sudden passing of renowned Architect and RAIC Gold Medalist Bing Thom, FRAIC.

Mr. Thom was in Hong Kong, his birthplace, when he died unexpectedly of a brain aneurysm at the age of 75. He was in Hong Kong to work on what he considered to be the high point of his career –  the Xiqu Centre for performing arts – according to a statement from his wife Bonnie released on the bingthomarchitects.com website.

“Bing Thom was an internationally recognized leader in our profession,” said RAIC President Allan Teramura, FRAIC. “He was a mentor to many and a humane designer who believed in the importance of delight in architecture. His buildings are generous in their gift of public spaces, indoors and out. Bing leaves a legacy of buildings which bring grace to cities and campuses in Canada, the United States, and Hong Kong.”

Barry Johns, FRAIC, Chancellor of the RAIC College of Fellows, called Mr. Thom “a beloved paragon of our profession, whose work brilliantly and consistently crosses borders and transforms sites, cities and people’s lives.”

Mr. Thom received a Bachelor of Architecture in 1966 from the University of British Columbia and a Master of Architecture in 1970 from the University of California, Berkeley. In 1971, he moved to Tokyo to work for Japanese architect-urbanist Fumihiko Maki. Returning to Canada in 1972, he joined Arthur Erickson Architects as project director and oversaw projects such as Roy Thomson Hall in Toronto (1977) and the Robson Square Courthouse Complex in Vancouver (1973–79).

In 1982, Mr. Thom launched his own practice. Today, the firm has offices in Vancouver, Washington and Hong Kong.  Bing Thom Architects quickly developed a portfolio of projects noted both for design quality and innovative approaches to bringing projects to reality.

In 1990, Bing Thom Architects received the Governor General’s Medal in Architecture (Excellence) for Point Grey Road Condominiums and a Governor General’s Award of Merit for the False Creek Yacht Club, both in Vancouver. In 1994, Mr. Thom was named a Fellow of the RAIC’s College of Fellows, an honour bestowed upon RAIC members in recognition of outstanding achievement. His citation noted that “Bing’s exemplary design skills are well-known and he has won the profession’s most prestigious awards. His work is always inventive, beautifully detailed and has a timeless quality.”

“The work of few practitioners fulfills the spirit and intent of the RAIC Gold Medal as Bing Thom’s does,” the Gold Medal jury wrote. “It is generally understood that the Gold Medal should recognize and honour a life’s work: Work that is noteworthy, instructive, influential, and at its best extraordinary. Mr. Thom’s work addresses all of these interests.”

Mr. Thom was also a Member of the Order of Canada, and a recipient of the Golden Jubilee Medal for outstanding service to his country.

He will be deeply missed – not only by the architectural community, but by the broader public – especially here in BC.

On behalf of the RAIC Board and the Metro Vancouver Chapter,