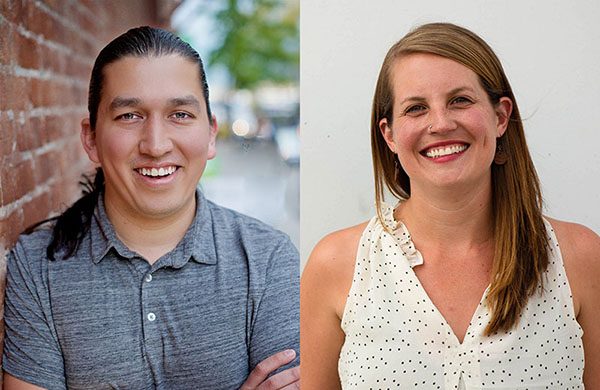 From housing to transit to child care, new city councillor Christine Boyle and Khelsilem set out their goals for a transformed city.

With few incumbents re-elected to city council, there’s an opportunity to transform Vancouver into the compassionate place many of us long for it to be.

To mark the occasion, we’ve written a list of 10 issues needing action at Vancouver City Hall.

In the midst of a housing crisis, we can no longer justify low-density zoning, particularly in wealthy neighbourhoods. Up until recently, we’ve reserved vast portions of Vancouver for single detached homes — the most costly housing form. Duplexes are now allowed, but to move further toward affordability we should legalize co-ops, social and seniors’ housing and apartments in these communities.

Zoning changes that challenge exclusive neighbourhoods are a progressive cause worth fighting for. Let’s not surrender to those solely focused on making a profit.

It’s time to tax land value. The city can work with the province to implement a land value tax in order to build thousands of non-market homes. The tax is a way to create public wealth from increases in land value, including empty lots that could be used for housing.

Under the Transit Authority Act, the city can also tax the land value increase around areas close to transit improvements. By taxing the lift around the planned Broadway subway line, and the increase that will occur from the extension to UBC, the city can fund transit expansion across Vancouver.

We need a Renters’ Advocate Office at City Hall to support renters on issues like renovictions, monitor landlord compliance with tenant relocation plans, and more.

There’s also a severe shortage of rental options in this city. Low-income residents lose out the most in situations of housing scarcity. With an abysmally low rental vacancy rate, council needs to build thousands of non-market homes and legalize rentals of all kinds across the city.

Our at-large voting system contributes to electing candidates who do not reflect the diversity of Vancouver. The City of Vancouver should create a citizens’ assembly to explore proportional electoral options for fixing this system.

While we elected an impressive number of women this election, the lack of racial and ethnic diversity remains a deep concern. Council should ensure that city advisory committees represent people from a range of gender, racial, class and other backgrounds.

City staff are currently working on Phase 1 of an accessibility strategy, thanks to advocacy from advisory committees representing those most impacted. This work is important and deserves strong support.

Climate justice for everyone

Transportation is one of the biggest contributors to greenhouse gas emissions. A truly great city would have accessible transit for all and fight climate change. In support of the recommendations from All on Board, we should make public transit free for children and youth, and introduce fares based on ability to pay for low-income adults.

We must also align the city’s climate strategy with the latest Intergovernmental Panel on Climate Change (IPCC) report, and then follow through, so that Vancouver meets the most updated targets on reducing fossil fuel emissions.

Accessible child care is a feminist and social justice issue. We support the province’s move towards a universal $10-a-day childcare program. Working alongside school board, council must expand the number of childcare spaces on school and publicly owned lands.

A livelihood for local artists and business owners

In order to support local businesses and cultural workers, we must fight for their continued viability. We can do this by creating a system of differentiated tax rates between local and legacy businesses and arts spaces and big, international chains. By shifting taxes to larger chains, we can make it easier for local arts and business owners to thrive.

End the War on Drugs

We support the outgoing council’s calls to decriminalize illicit drug possession. We must also make sure there’s police non-interference in and around overdose prevention sites. With the opioid crisis continuing, we must set our sights higher than we ever have by fighting for a clean, safe drug supply.

Indigenous justice can only be achieved through actions that extend beyond platitudes of reconciliation. In the spirit of genuine justice, the city needs to return sacred sites and offer city lands to the Musqueam, Squamish and Tsleil-Waututh nations to build housing for their people.

Indigenous communities are disproportionately impacted by the housing crisis. Repatriating city-owned lands to the three nations must be seen as a crucial part of addressing historic and ongoing colonial dispossession.

We can create a Vancouver for everyone — a place where wealth, land and opportunities to shape the direction of our city are redistributed for the many, not kept for the few.

Now is the moment to fight for it.

Christine Boyle was recently elected to Vancouver city council with OneCity. Khelsilem is a Vancouver resident and local Indigenous elected leader. This article originally appeared in The Tyee.