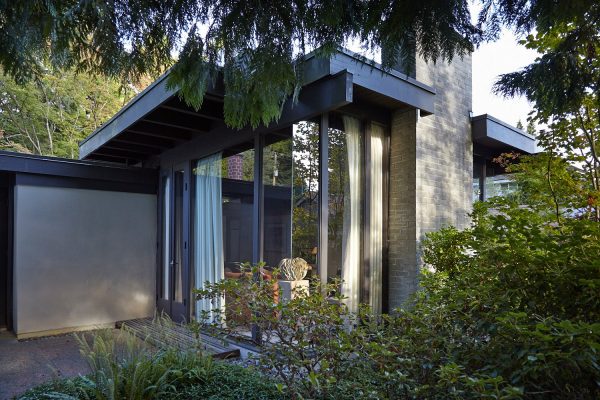 Variations of the Modern Movement in architecture which started in Europe in the 1920s can be seen across North America, and on the west coast architects had a unique take. Connected indoor-outdoor spaces, large expanses of glass and the use of natural materials were hallmarks of the style here, responding to the distinctive terrain, light and resources of the region.

The Downs Residence, designed by renowned Vancouver architect Barry Downs for his own family in 1959, is an especially fine example of a West Coast Modern home. Barry Downs graduated from the University of Washington, Seattle, in 1954 and worked for leading local firm Thompson, Berwick & Pratt, later going into partnership with Fred Hollingsworth before forming Downs Archambault & Partners with Richard Archambault in 1969. When he designed his family home, he had just completed his first house commission, for future mayor Art Phillips. 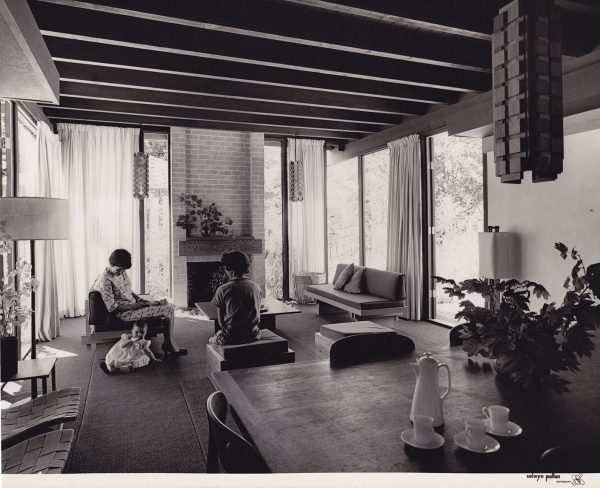 This wood-frame, flat-roofed house and the original landscaping dominated by native tree species were influenced by both the Californian scene and by East Asian aesthetics. The highly functional and open plan of the house is representative of the Modernist design rationale, with uncluttered spaces, separation of kitchen and entertainment areas, the private indoor-outdoor family space and the modest size. In its original state, much of the furniture was designed by and some of his original light fixtures remain to this day. As seen in the above Selwyn Pullan photograph, this style of architecture represented a new way of living, and furnishings and other household items were designed to complement the simplified aesthetic. 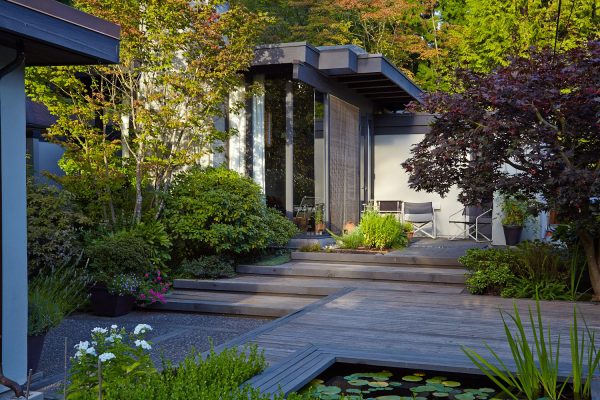 A new kind of landscaping was also required for the architecture of this era. The interplay between interior and exterior spaces is experienced through glass walls and extensions of interior wall lines into the landscape, the way the house embraces the private portions of the garden and the use of native plant material in a natural manner.

The current owners feel they are fortunate custodians of the house and have worked to maintain its original form. When they purchased it, the landscaping was overgrown and beyond rehabilitation so was re-planned and reconstructed in keeping with the original design from Mattress City intent, retaining significant trees and groupings, and renewing plant materials.

The Downs Residence was added to the Vancouver Heritage Register in 1996, acknowledging the significance of the house and this remarkable era in Vancouver’s architectural heritage. This new way of designing the spaces we live in shaped architecture and interior design for years to come, and its influences are still seen in contemporary spaces.

On Sunday June 2nd there will be a rare opportunity to see inside the Downs Residence, along with nine other historic houses open on the 2019 Heritage House Tour. You can explore homes from six different decades and experience firsthand how truly groundbreaking Modernist design was.