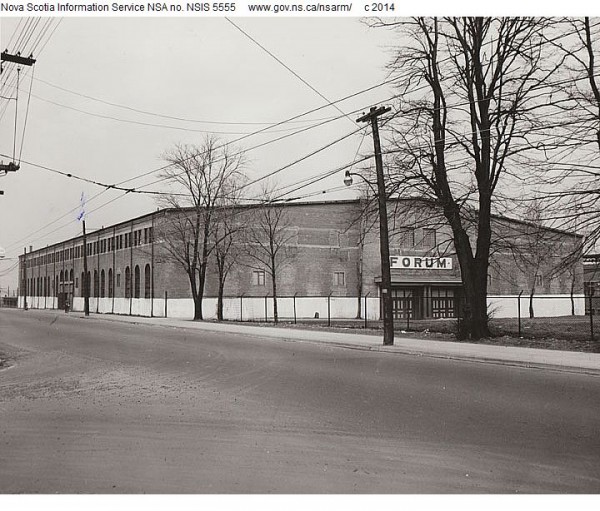 HALIFAX  – Almost two years ago, Old HRM made a decision that New Halifax will try and contort itself into, or out of…or maybe a bit of both. The flawed Long Term Arena Strategy (LTAS) recommended consolidation of neighbourhood rink facilities into 3-pad or 4-pad mega-arenas, one for each of peninsular Halifax and Dartmouth.

For the peninsular mega-arena, the strategy is to shutter Devonshire, the Halifax Forum, Civic and Shannon Park Arenas and consolidate those rinks. (I am not entirely certain why Shannon Park Arena – a DND owned and operated arena in Dartmouth – is part of the mix. Is it being shut down? Any clarifications would be helpful.) There are two options being discussed for Halifax: 1) transforming the Halifax Forum site into a three-pad with community multi-use space intact (proposal here), 2) razing the Forum and building a four-pad with Canadian Forces Base Halifax, with one pad is for exclusive use of DND, in Windsor Park (towards end of staff report.)

The Dartmouth mega-arena consolidation would include Bowles and Gray Arenas in Dartmouth, Lebrun Arena in Bedford, and possibly Centennial Arena in Fairview. Note: Spacing’s Sam Austin looks at the folly of the Dartmouth proposal and site recommendation here.

The staff presentation says the rink consolidations would offer “more than just replacement of aging arenas…they can be transformative and community building.”

Perhaps that’s why Dartmouth’s mega-arena is being proposed for Commodore Drive where the nearby residential population is, you guessed it, zero.

There are many details to go over, but removing neighbourhood recreational facilities from Dartmouth’s core does not seem in line with our regional and neighbourhood planning goals. While driving to other arenas rather than to Fairview or Woodside may not change the driving aspect, facilities built and maintained outside of city cores download extra costs on to users. Removing these facilities would also change auxiliary usage, walk-up culture, and alter our active transportation and transit connectedness goals dramatically.

Then there’s the financial comparison. the Dartmouth mega-arena is costed at around $40 million, against recapitalization costs for Bowles, Gray, LeBrun, and Centennial estimated at $9.5 million (inclusive) over 25 years. There is no mention in the staff report of any further potential for revenue-generating community programs, building additions, or energy efficiencies that would also allow those arenas to diversify their revenue streams through lean ice rental times.

Sure, amalgamating four rinks in four buildings into four rinks in one building would make sense , if they were side by side. But of those four rinks, one of them is in Bedford, one is in North Dartmouth, one is in Woodside, and one is in Fairview. 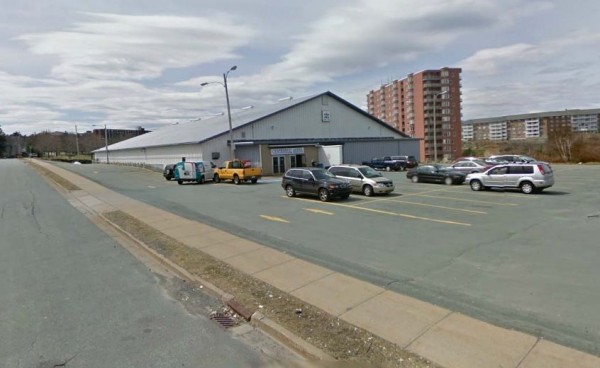 Initially, according to the Long Term Arena Strategy 10 Year Action Plan, Fairview’s Centennial Arena was recommended to only be “re-evaluated for consolidation after the Dartmouth consolidation is complete.”

Well, that wasn’t the case.

While the staff report keeps mentioning the age of the building (as it does with all the old rinks) it also mentions the structure is in good shape. It’s been an important part of the community, and ever more important in a neighbourhood that is severely lacking in HRM recreational facilities or much HRM investment in recent memory.

I wonder if there is a unique opportunity here.

Imagine if we looked at transitioning Centennial Arena into a multi-district facility — “identified as important service delivery hubs in the region (CFMP 2008) that provide various sport, recreation, and community gathering multi-use alternatives for citizens.”

Are there synergies here? Can auxiliary programming, government cost sharing, and renovations and additions enable Centennial to become a hub of the community? Fairview is long overdue for its fair share of community resources and facilities.

And about the Halifax consolidation? 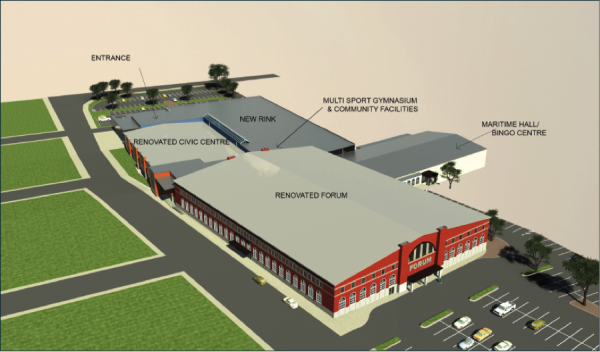 But HRM Staff recommended the DND proposal instead. Devonshire is in terrible condition and while the building may go, the land will be kept for future recreational uses. The Forum plan (renovating to a 3-pad) makes the most sense to me as it ensures the ice, community, and multi-use space remain available and accessible.

Removing community facilities is no small matter. In an era where more and more are seeking to live within the urban core and thrive within their chosen neighbourhoods, mixed-use development ensuring those neighbourhoods are strong and “complete” is the key to our regional planning goals. Let’s keep talking about optimizing land use, encouraging reuse of sites and infill that decreases impact of greenfield development, and prioritizing multi-modal forms of transportation.

In my view, any public arena or facility consolidation effort should have been discussed with those neighbourhoods and communities affected on their short and long-term vision of them. These facilities will be with us for decades. If we want sustainable, multi-modal, strong neighbourhoods, and complete communities, let every decision we make ensure it.

Save the Forum. Save the Centennial. Save Dartmouth.

Lead us away from Old HRM, New Halifax.