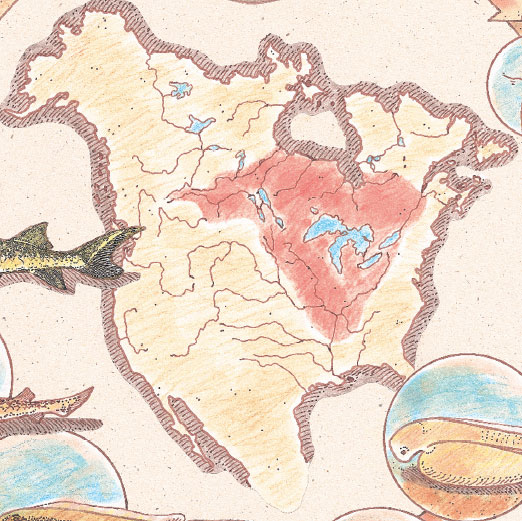 Editor’s note (Dec 17, 2016): Research undertaken in 2015 and 2016 suggests that the word “Namew” lacks strong connection with local Cree elders. Rather, the name Namayo was given by Dan McKinlay in 1891, a settler in Sturgeon River Settlement hailing from Prince Edward Island. He was familiar with the Cree language from his travels in Manitoba where Sturgeon had a larger significance there, particularly in the fur trade. McKinlay insisted that the local post office (and inadvertently the 97 Street which leads to it) be named Namew, as opposed to Sturgeon or Wilson Valley, in recognition of the Sturgeon River and the Cree language. Although an important narrative about settlement and fur trade, the name does not necessarily reflect the local Indigenous history.

I have kept the original article text below to demonstrate that it is important to validate historical research as we, as settlers, go through the process of reconciliation. I would like to thank the elders and community members who shared their wisdom and knowledge with me.

Unlike the river valley, I feel as though not many Edmontonians have a strong connection to the North Saskatchewan River. We do not often think about how shallow the river is, its unpredictable dynamics, the watershed that we walk on, or the stormwater and treated wastewater that flows in. More so, many Edmontonians are not aware of what lives in the water – one example being Lake Sturgeon (Acipenser fulvescens).

You may be thinking, “What does this fish have to do anything with Edmonton’s urbanism?”

First off, the spring harvest of sturgeon along the North Saskatchewan River have long created a valuable cultural meeting place for many different First Nations groups. It should be no surprise then that there are significant sturgeon spawning sites within the city limits because the original 1795 fur trading fort located close to already existing congregation grounds. Nemêw, the Cree word for sturgeon, are called by some First Nations as the “buffalo of the water.” The fish provides for over a hundred uses including food, medicine, needles, spears, arrow heads, drum coverings, as well as glue or paint for teepees.

The name Nemêw should also be vaguely recognizable to locals since it is found in the hamlet name of Namao in the aptly named Sturgeon County immediately north of Edmonton. Similarly, 97 Street, Edmonton’s first commercial main street, was previously known as Namayo Avenue. It is important to point out that this differs from the street naming convention of the time which typically favoured anglicized names throughout Canadian cities. For instance, Kinistino Avenue (now 96 Street or Church Street) is also Cree in origin whereas streets that later developed to the west and east include names like Syndicate Avenue (95 Street), Fraser Avenue (98 Street), and Queens Avenue (99 Street). 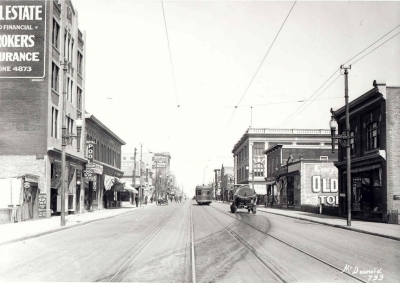 Lake Sturgeon were also greatly valued by incoming settlers for their flesh and oil. However, they were perhaps taken for granted by many people as overfishing, habitat loss, and pollution contributed to their now endangered status in Alberta and Saskatchewan. In response, the Province of Alberta has a management plan to protect significant spawning sites that can be found in Edmonton. The recovery, however, is slow since the fish reaches maturity at the age of thirty despite being able to live for over a hundred years.

So if we can no longer harvest the fish for the time being, what is in it for us as Edmontonians to protect Nemêw?

Aside from the rich cultural heritage it represents to the region, we should keep in mind that we share a crucial resource with this fish. That is water. And what should be good for them should also be healthy and beneficial for us to drink. From the very beginning, without Nemêw, Edmonton would not be able to thrive along this specific bend of the river. This still holds true to this day – if we create an inhabitable place for Nemêw, it means that we have created something very similar for ourselves.