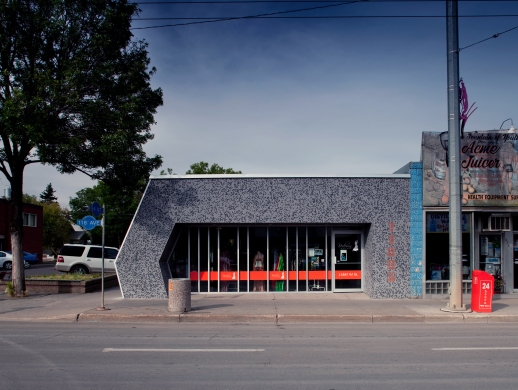 In the Edmonton Journal last week, columnist Paula Simons argued for the preservation of the Healy Ford Building in light of its planned redevelopment. Judging from the online poll and comments, readers were split nearly 50/50 on saving this noteworthy piece of modernist-era architecture. For those in favour of its demolition, some of them regarded the building as “garbage architecture” or a “dump.” Unfortunately, this is a common perception for many excellent structures that fall into disrepair or were significantly modified, especially for modernist buildings. However, it takes a good eye and a bit of creativity to expose these derelict hidden gems. And unsurprisingly, Edmonton has a lot of those.

I encourage you to look through the before and after images below for a sample of excellent buildings that would have been demolished if we lacked a bit of imagination.