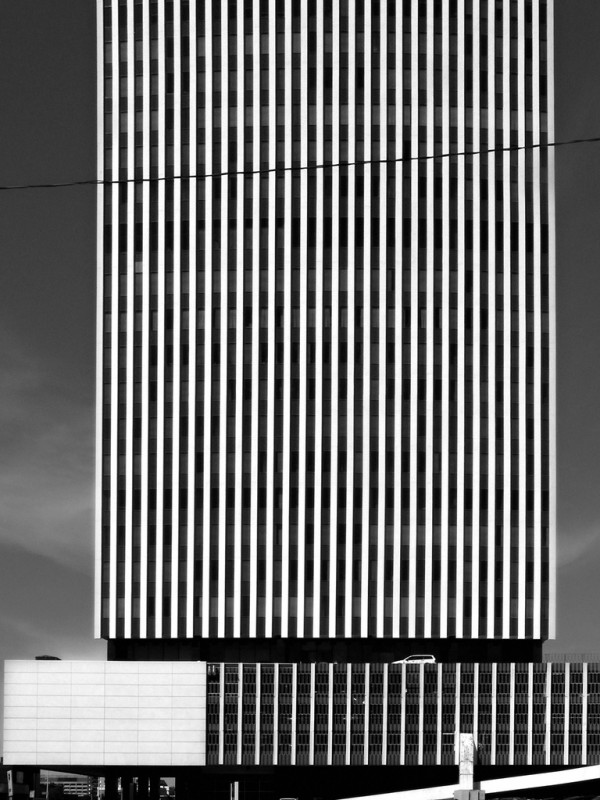 The 26-storey CN Tower opened February 14, 1966 and was Canada’s tallest building west of Toronto. It was an imposing landmark, the first of a series of major high rises that were to define Edmonton’s downtown skyline. This building exemplifies the modern notion of a tower sitting on a podium, first seen in New York’s 1953 Lever House by Skidmore Owings and Merrill. The podium rests on a glass-enclosed tall ground floor railway stations and consists of a 3-storey concrete parking structure, which is fully clad in pre-cast panels for the appearance of solidity. This solidity is countered by the verticality of the tall, thin office tower with slightly curving facades. The 22-storey tower is clad in glazed curtain wall with pre-cast fins that exaggerate the height of the building.