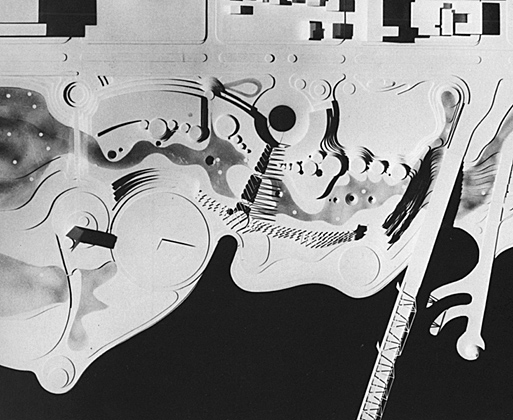 A few weeks ago I had the greatest pleasure of sharing a conversation with one of Canada’s most well- known architects, Douglas Cardinal, who was in town for the Dreamspeakers Film Festival as a keynote speaker.  Its always interesting reading or studying about architects on books and paper, but meeting one in person breaks up that formality of association between “designer”and  “user”.    In the realm of architecture, where spaces are viewed most commonly through shapes and forms, the question of relevance in how we occupy them can sometimes be lost.   Are we building spaces that we can live in? Or do we eventually become conditioned to adapt to static spatial arrangements that are churned out from a generic living idiom?

In sitting down with the great Mr. Cardinal, there is a desire from him to connect the “designer” (or what he also refers to as “the builder”) with the people we are designing for.  His designs are organic as it is paralleled with the human interactions that occupy them.  With his 81st birthday coming up soon, his mind has not lost track of the digitized tools that designers depend on, but still rigourously adheres to the very humanistic processes of cultural and artistic collaboration that has always been deeply rooted in the studies of architecture.  Although cool, collected and composed, he was very comfortable and positive about sharing his views on the sublime yet harsh realities of designing as an architect.

OLIVIA:  Where do you typically find your inspiration? When you want to build something beautiful but sensitive to the humanistic occupancy of how one occupies a space?

I always find that my inspiration is not only the people i’m working with but the people that are working in the spaces.  I never get much inspiration from top down structure but from bottom up structure like from people themselves.

DC: …yeah.  If I’m designing a school, I rather talk to the students and the teachers and build a foundation of design from the people who are in those spaces.  People outside of that have very little understanding of what is happening in that classroom.  This is where I find division coming from the user and if we talk to the people in our city and become inspire by their vision of their city and what they want in our city, its a good foundation to start in terms of providing them spaces that would be much more harmonized within its surrounding natural environment.

OLIVIA: How would you like your work to be remembered? What is your ultimate goal when it comes to your work?

DC: I remember as a student, I designed a whole city like it was a living being and had the systems and the cars of people flying through like a human body.  It had a skeleton and an arterial system and an electronics of a building that would reflect our nervous system, it basically personified a living being. I don’t think cities in North America have even touched on thinking about designing for the north.  I find it more interesting and inspiring in observing how crowds of people can function in the spaces of our “concrete jungle” of structures rather than the structures themselves.   So what kind of architecture can truly express who we are as a people? And that’s what I tried to do with my work.  With the Canadian Museum of Civilization, I wanted to express what Canadian culture would be, so that when people walk through the building they would say “yes this is who we really are”.

I think that architects are becoming less important in this age. They were even more important when I was younger and then everyone started taking over our profession. Everyone feels that they can build these boxes so why do we need an architect.  I think architects should have a stronger place in society like they did in the past and have people realize that our built environment shapes us and how we want to be shaped which would be exciting for me to live in.  My ultimate goal is to create exciting, dynamic environments for us to live in.

OLIVIA: You actually just got back from China not long ago? Tell me about your trip.

DC: For me it was extremely exciting.  We were invited by the minister who looks after the indigenous cultures there and there is a commitment by the government to preserve and make sure the indigenous people are able to function and survive in the future.  These groups were important because they reminded Chinese people of who they were and where their roots came from.  I was sharing my work with the universities there and the younger students felt that what I had said was very important to them.  Topics of architecture being in harmony with people, nature and the environment, and the professors at one point were like you’re speaking Chinese to us, those are the things that we value.  I felt very much at home in China because we shared these same values that are not necessarily reflected in our buildings in North America.

OLIVIA: How would you describe our Canadian culture then?

DC: I think the Canadian culture of course has its roots in the indigenous culture because the people that have been there for a thousand of years have had an impact on the people that have come to share the land with them.  The indigenous groups were matriarchal and they lived in peace and harmony with each other so the base of the culture was one of giving sharing and caring, so I find the indigenous culture were very open and welcoming to people of all cultures.  Unfortunately First Nations had the terrible crisis of losing 90% their population, having their children put into residential schools, and 40% of them dying in these schools because of colonialism.  There are many countries devastated by colonialism and that used to be considered to be an act of ordering our human evolution but now is considered to be a problem that we all have to deal with.  I believe First Nations culture has a huge contribution to the rest of society and I’ve always been interested in believing that all people should have an opportunity to express themselves, which is the foundation of this country.  That is why when you have people of all different cultures or different ways of thinking coming together to share their realities, and you embrace them, it makes you twice as big and broadens your view of your human family.  So for me, this is the basic philosophy and foundation of Canadian culture. 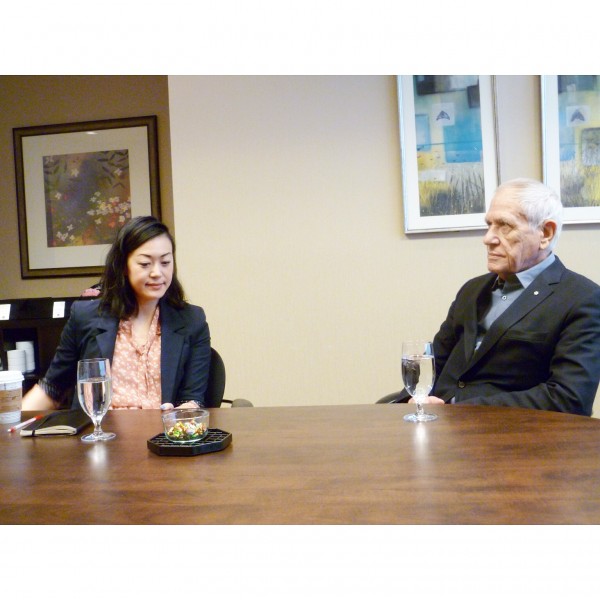 OLIVIA:  A lot of the forms of your buildings have a signature style of being curvilinear, yet your process and firm have worked and connected with communities and people.  What is the connection between your form and serving the functional needs of the people that occupy it?

DC: What I like to to do is bring people together and have each person share their vision with you.  As an architect, I feel that you have to blend those voices together in a vision that serves them all and then bring their vision into reality.  Because it’s not about you but about the people that you are serving. Being open to criticism, to questions, to concerns, all become vital in evolving the idea.  So you put your ego aside and welcome the criticism of others so that they can evolve the building with you.  When I was working with the James Bay Cree rural community, we would all sit down and they would all share with me what their visions were and it was a very powerful process.  I would go back to the office and design it all and then come back to them and say “now this is my interpretation of your vision, is this what you are envisioning as well?”

OLIVIA: You were given the Order of Canada, Gold Medals in Architecture from the RAIC, honourary fellowships to the Society of American Registered Architects and the Royal Incorporation of Architects in Scotland and the declaration of being “World Master of Contemporary Architecture” as a professor and academic by the International Association of Architects. What’s next?

DC: Our building technology and our search for space is evolving.  I see evolving buildings that are much more sustainable and much more in harmony with our environment.  We’re more sensitive in construction processes that encourage preservation and reclamation of our forests and our rivers and producing cities for people to live and thrive in.  I feel eager to participate in changing our cities to live and dwell in them more responsibly.  I see the new age of being responsible for each other and being responsible for our environment, to clean things up and be responsible for the many generations after.

OLIVIA: Tell me about some of your favourite buildings in Canada and in Alberta?

DC: St. Mary’s Church to me was the turning point.  I wanted to present a feeling of caring and loving and embracing of people that came along with that church.  I wanted it to be a spiritual centre and it was a good way to start off that way because I had amazing clients.  They wanted to bring something new to the liturgy and open the doors to everyone so to me it was a wonderful commission.  Because of that church, I thought “why shouldn’t every building have a spirit?” and why not carry that spirit over everyday? So I started trying to create that quality and that sense of caring in a building, where it’s not just a physical thing but a spiritual presence in a space.

OLIVIA: How do you see Alberta today and how has it changed since you started your career?

DC: Alberta has changed a lot.  I’ve seen the extremities from when I was able to swim in the river and drink the water to the point where there is this complete destruction and exploitation of the land itself with our building processes.  Yet, while the city has also grown into many vital centres for us to occupy, the growing process has ignored the architecture itself as being a fundamental value to our built environment.  I believe we now have a real opportunity for setting an example of building in the north.  What can we do to make it more livable and more enjoyable?  We have the resources, the economy, the people. We should be international trend setters of making meaningful environments for people.  Its a rich economic environment and should also be a rich cultural opportunity as well.

For more information about the works of Douglas Cardinal check out: http://www.djcarchitect.com/