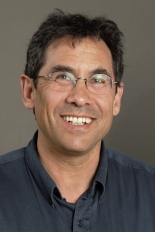 It took only one summer of spooky stories to hook Dan Yashinsky. From the moment he heard his first tall tale, huddled around the evening campfire, he fell in love with the tradition of storytelling.

“I worked at a camp for kids and I watched them come alive during this nightly ritual,” says Yashinsky. “Stories gave them a whole new way to communicate.”

More than 20 years after that first campfire, Yashinsky is one of Canada’s busiest storytellers – adamantly nurturing a tradition that many had given up for dead.

“When you think about it, storytelling is really an art for our time,” says Yashinsky. “Today, we know broadcast voices better than the voices of our neighbours; we access data more than we seek wisdom. Storytelling teaches you that your own voice matters, your own experience matters.”

Yashinsky has dedicated his working life to sharing that belief with others.

Born in Detroit and schooled in Santa Barbara, Yashinsky came to Toronto when he was 21. By the time he completed his Master’s degree in Education at the University of Toronto, he knew the academic life wasn’t for him.

By 1978, Yashinsky was telling stories at a café in Kensington Market. He called it 1,001 Friday Nights of Storytelling and, true to the name, he showed up every, single Friday night just to tell stories. “After a while we reached a critical mass and the tradition has continued,” says Yashinsky, who still frequents the regular readings on Fridays at St. George the Martyr on John Street.

As his storytelling has evolved, the demand for his oeuvre has increased. Yashinsky has been asked to share his wares at storytelling festivals in New York, Austria, Ireland and Israel. He attributes the growing interest to the very personal value found in the stories themselves. “Stories show you that other people have traveled before you,” he says. “They show you that no matter what is happening in your life, someone else has gone there before you. Someone else has been there, come back, and at least has a good story to show for it.”

Over the years, Yashinsky has found many ways to recreate the magic he discovered around the campfire circle in an urban environment. He’s a volunteer storyteller at The Hospital for Sick Children and works in schools across Ontario. One of his most recent projects is called The Telling Bee. Similar to its barn-raising precursor, The Telling Bee involves an entire community in the collecting, telling and publishing of their own stories.

It seems that for Yashinsky there are as many ways to tell stories, as there are stories to tell. He’s currently producing a radio show entitled “Talking Stick.” He is the founder/director of The Tellery, which produces several storytelling events, such as an afternoon of Canadian storytelling at NewYork’s Lincoln Centre. In his spare time, he creates performances based on storytelling and collaborates with a range of other artists including a harpist, a flugelhornist, a fiddler and several composers.