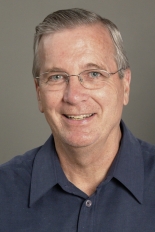 David Walsh is a real estate investor who contributes literally to the building of communities. A partner in his own real estate investment company since the 1970s, Realco Property Limited has invested in downtown commercial properties throughout Ontario and Quebec for the last three decades. Initial investments focussed on historic buildings such as the Gooderham “Flat-Iron” Building in downtown Toronto, the Flat-Iron Building in Atlanta, Georgia; and the St. Lawrence Building in Port Hope. Subsequent developments have included investments in downtown retail properties such as the Carrot Common, a retail development on Danforth Ave. that is a partnership with the Big Carrot Natural Food Market.

The projects that interest David are ones that strengthen a community’s sense of itself, that enrich its history, and empower its future. He is also critically concerned about people’s basic needs. He is one of two recipients (the other is Jutta Mason) of the 2001 Jane Jacobs Prizes.

David’s interest and commitment to community and neighbourhood is a broad one: from retaining the Gooderham “Flat-Iron” building in which his office is located, to advocating for the residents of “tent city”, a temporary shelter that currently houses a few dozen of Toronto’s homeless on a portion of vacant waterfront lands, David Walsh is a force with which to be reckoned. Quiet and determined, David’s values are put in play every day as he tackles another obstacle preventing someone access to the basic entitlements of life: food and shelter.

His efforts often pit him up against business colleagues who don’t always share his commitment to social justice. “I have three children in their twenties” says David, “- I know all about having my views challenged on a routine basis”. But more often than not, David is able to bring others along in their understanding and appreciation of the challenges many in the city face, and of their obligation to respond and participate in finding practical solutions.

A business graduate from University of Western Ontario (BA) and York (MBA) David has had a long-time interest in social justice, social housing, and community economic development. His volunteer work reads as a what’s what of Toronto urban activism: the Social Planning Council of Metro Toronto, the Citizens Independent Review of Police Activities, Homes First Society, the Housing Development Resource Centre, Basic Poverty Action Group, the Rupert Hotel Coalition, the Council For Canadian Unity, the Jesuit Centre For Social Faith and Justice, and the Community Business Centre. His current involvements are with the Toronto Dollar Community Projects, the Toronto Disaster Relief Committee, Options For Homes, the Agora Foundation and the King Bay Chaplaincy.