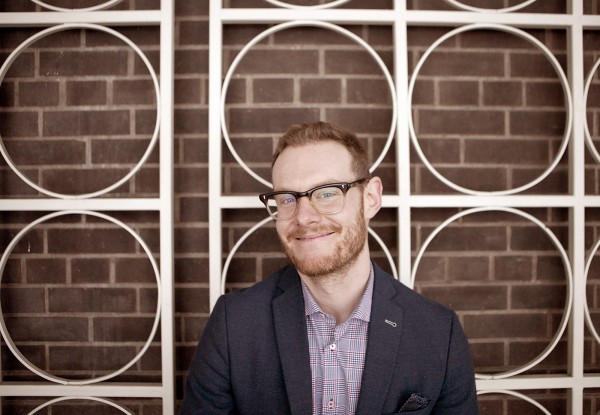 A little over a decade ago, an architecture student named Graeme Stewart arrived at the offices of E.R.A. Architects Inc. At that time he had already started to study how Toronto’s wealth of high-rise neighbourhoods could be reimagined.

These days, Stewart is an architect and an associate with E.R.A. Architects. A frequent university and college lecturer, he’s also the founding director of the Centre for Urban Growth and Renewal (CUG+R) and, with E.R.A. principal Michael McClelland, co-editor of Concrete Toronto: A Guidebook to Concrete Architecture from the Fifties to the Seventies. But he’s best known as the driving force behind Toronto’s multifaceted Tower Renewal Project, the initiative that grew out of his work as a student at the University of Toronto.

It may be about towers, but Jane Jacobs would approve, says McClelland. “Jane said old buildings are where new ideas come from, and the towers are now old buildings. We’re fighting a prejudice against them that is the same kind of prejudice that Jane Jacobs was fighting with older neighbourhoods that were regarded as obsolete.”

“The genesis of this [project] and the thinking about it are very much rooted in her ideas,” adds Stewart. “It’s taking the values and the lessons of Jane Jacobs, which are, for example, a critique of Modernism, and then bringing that to areas of the city that hadn’t been thought of in that way before. We’re unlike any city-region on the continent — our suburbs that were built right after the war are predominantly made up of high-rises. For every single family home built in the 1960s, two apartment units were built in the suburbs.”

Stewart initially approached the Tower Renewal Project from the point of view of retrofits that would reduce greenhouse gas emissions by improving insulation and upgrading other structural elements. However, he soon realized that the buildings could be rezoned and reconfigured to allow for a hitherto unimagined diversity of recreational, entrepreneurial, and social service activities, while the land around the buildings — often a sterile, flat expanse of grass — could be turned into vital community spaces.

“The happy accident of high-rise developments is that they have remarkably high population densities. And so we have this pretty unique scenario where you have lots of people and lots of unprogrammed open space, and there’s the potential to have that village atmosphere that Jane Jacobs was after,” Stewart says.

“The other key ingredient is that these buildings were mostly developed for middle-income empty-nesters or young professional couples, and today they’ve really become the landing pads for new Canadians. We have 2,000 high-rises in the region, and they’re filled with newcomers. The multiculturalism that Toronto is famous for is facilitated by these buildings.”

Having explored similar developments in numerous other places, Stewart has come to the conclusion that the quantity of these buildings is “what makes Toronto globally unique. We’ve had academics from Italy and the U.K. [come here to study them],” he says. “Toronto is on the map for Modernism.”

“Graeme is a brilliant person and a hard worker,” says former Toronto mayor David Miller, now president and CEO of World Wildlife Fund Canada. “Graeme took an idea from some University of Toronto engineers that was about energy, worked on it through his Master’s thesis and took it to being about energy and neighbourhoods and design, and placed it in an international context. And when he’d done that, he came and presented it in my office. He’d done this brilliant work showing what was possible, and the layer we added was the connection that many of these towers are in neighbourhoods that are a priority for City investment.”

Today, the Tower Renewal Project has short- and long-term goals. First of all, there are the quick fixes, which can be implemented while policies and zoning bylaws are being redesigned. Already, Toronto Public Health and the United Way are developing programs to bring better access to health services and fresh food into these areas.

“One of the things the new zoning will allow is home businesses,” says Stewart. “A fundamental part of the project is to take that amazing community potential and give it the tools it needs to thrive. And I think Jane Jacobs would be pretty excited about the potential and how vibrant these communities are.”

The second stage involves the bigger pieces of the puzzle, like energy and transit planning. “That’s beginning to happen,” he says. “Look at the York University subway station, that’s bringing rapid transit closer to Jane and Finch, which has historically been isolated. These towers make rapid transit viable in the suburbs in a way that wouldn’t be in a place like Chicago.”

“Jane Jacobs was always pushing for closer observation of neighbourhoods and seeing how people really work, and that’s the same direction we’ve really come from,” says McClelland. “People may take things out of Jacobs’s work and say she hated towers, but the key thing she said was you should think for yourself. I would say Graeme’s a person who thinks for himself.”