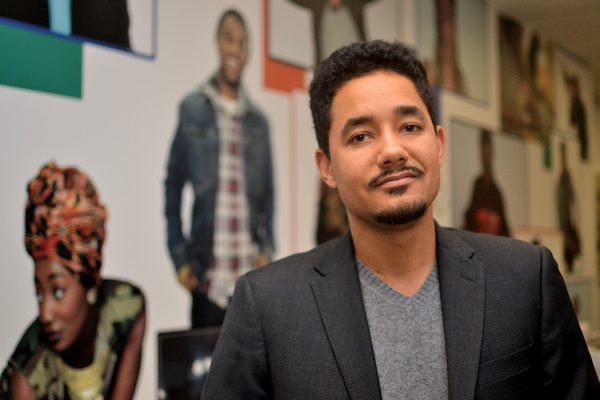 Since taking the helm of the Careers Education Empowerment [CEE] Centre for Young Black Professionals in April 2016, Kofi Hope has graduated over 100 black youth in Toronto from trade and skill based programs. These aren’t ordinary graduation ceremonies. Students cross the stage to a song of their choosing, and collect their diploma from a provincial minister. Those youth walk into a world of entrepreneurial opportunity they’ve struggled to access previously. Some have lost family to gun violence, others never finished high school.

The CEE is a United Way Youth Challenge Fund initiative founded five years ago to counter youth violence in marginalized neighbourhoods. It offers six- and nine-month entrepreneurship programs geared at providing Black youth with education and employment opportunities. Hope, 34, offers the young participants access to a social worker and takes them on a networking retreat with other professionals and diverse community members.

“We’re helping build their confidence and understanding so they can navigate this highly diverse society, but do it from a position of strength, self-worth and value,” says Hope, who facilitates what he calls “powerful transformative moments” for people who have been on the margins their entire lives.

In November 2014, in the early days of CEE, Hope found himself attending a ceremony at Humber College, taking pride in a young woman graduating from the CEE’s culinary program. She had arrived in a precarious state: a dead brother, an estranged daughter, the first in her family to work. As the ceremony ended, and the woman celebrated her achievement, Hope learned that a young man who had served time in prison but entered CEE full of ideas and aspirations, had been killed in a shooting. He was just 22.

It was a horrific moment, yet Hope had seen such tragedies before. As an active 18-year-old in Mississauga’s United Church outreach program for a predominately Black housing community, he led a recreation program for many marginalized youth. Many of those children had had difficult encounters with police. As he grew older, and developed a strong sense of activism at the University of Toronto, he started recognizing some of the Black faces in the news, especially in the aftermath of the infamous Boxing Day shooting of Jane Creba in 2005. Some were kids he had mentored previously.

Those deaths taught him the harsh limits of community work. The recreation program, for example, established by a middle-class congregation for working-class racialized youth wasn’t enough. He later caught the attention of Prime Minister Stephen Harper when he spoke out about the Boxing Day shooting, strongly arguing for the need for more funding for marginalized youth communities to deal with the root causes of this violence.

As a Rhodes Scholar — an opportunity that took him to Oxford University for his masters and PhD, and South Africa, where he studied the anti-apartheid movement — Hope understood even more what might happen if those on the margins are left to fend for themselves (as they have been for so long in Toronto), and if the divisions of income and race are not erased.

“Kofi could have chosen any career path,” observes Shauna Brail, a U of T urban studies professor who first met Hope two years ago. “That he chose to pursue an incredibly challenging but meaningful path in the non-profit sector says a lot about his core values.”

Hope wants to move everyone away from the charity-based social service model, and the elitist idea that only those who are educated and privileged can help the poor. The way to help these communities, he says, is to “create opportunities for them to be leaders in their own transformation.”

“He doesn’t see [CEE] as an agency that simply delivers programs,” says Doug Kerr, a consultant and community organizer who has worked with Hope since 2012. “He has a holistic approach to leadership, and thinks about the environment, culture, equity, wellness in the way he manages his staff, Board, and programs for youth.”

Hope’s goal with CEE (and through other organizations he’s involved with, including the Atkinson Foundation and Toronto Environmental Alliance) is to give marginalized communities access points. “It’s potentially wasted potential if we’re not able to connect these folks to the downtown prosperous side of Toronto,” he says. “If we don’t get their ideas and perspectives and gifts to flourish, I think our city is going to be far poorer.”

Franz Hartmann, TEA’s executive director, believes that Hope’s impact on the city is just starting. “He inspires us to think beyond our usual supporters and think about how we can collaborate,” says Hartmann.

Hope’s goal is to see the CEE’s participants forge new and stronger relationships with the city’s economic mainstream and its leaders — relationships built on empathy. “I think there’s a tremendous strength in what I call the ‘multicultural generation’ in Canada,” he says. “There’s this inspiring generation that I’m part of that is slowly taking the reigns of leadership in the city, and it’s going to be a huge transformation.”