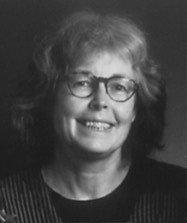 Mary-Lou Morgan began changing the way Toronto looks at food more than 15 years ago, when she and four other unemployed people founded a health food store called The Big Carrot. The store was built on an innovative, co-operative model, an approach that encouraged employees to share in the responsibilities and rewards of the business.

The model worked. In less than a decade, Morgan and her colleagues had turned the “Carrot” into Canada’s largest health food supermarket, with more than 60 employees and sales of $4.5 million.

In 1992 she used the coupled her business principles, with her love of food and created Field to Table, a non-profit company that works with communities to ensure that they have access to affordable nutritious food. The company’s most popular service is The Good Food Box, a fresh fruit and vegetable distribution system that is now a model for similar services in 30 communities across Ontario.

Once a week, top quality produce is purchased directly from local farmers and the Ontario Food Terminal. Volunteers pack it into boxes and deliver it to approximately 4,800 families across Toronto.

The concept sounds simple, but what it achieves is complex. Recipients pay for the Good Food Box at the beginning of the month, helping them budget for food when money tends to be more available. Because recipients pay for their boxes, they are customers and are treated as such, giving them more power and control over an essential part of their daily lives.

“Foodshare (the umbrella organization under which Field to Table is run) recognizes that money is not the only issue around hunger,” says Morgan. “It’s about a whole range of resources — buying good food, knowing how to cook it and feeding yourself in a healthier way.”

The Good Food Box is delivered twice a month and the bin’s contents are always a surprise. Alongside the usual staples might be plantain or swiss chard, accompanied by preparation tips and healthy recipes to demystify the new food.

Born in Scarborough and raised in Sault Ste. Marie, Morgan, 55, first became interested in food while rearing her own children on a farm near Pickering. While her kids went to school, Morgan gardened, kept bees and worked at the local health food store in her spare time. But it wasn’t until she attended a conference on Women and Poverty that she made the connection between food and poverty.

“That’s really when I started looking at food from a different point of view,” says Morgan. “I began to see it as a building block.” Perhaps that conference was the early impetus for Morgan’s Focus on Food Training Program. Working with 10 women on welfare, the program offers cooking, nutrition, gardening, language, math and computer classes, all of which focus on food.

Three women from the training program are now working for the Field to Table Catering Company, which caters functions for groups from 35 to 1,000. Proceeds from the catering business are put back into other programs.

The catering company works out of the Incubator Kitchen, another Morgan creation. The commercial kitchen allows small food businesses, that are currently running out of a home, to work in a licensed facility. The venture is a partnership with the Toronto Business Development Centre, the City of Toronto and Consumers Gas.

The kitchen is also used by members of her latest venture, which involves 14 youth – six of whom have lived on the street – in a feasibility study around a café for homeless youth.

For Morgan the path to ingenuity has been one of trial and error. “I’ve always been allowed to experiment.” As her resume baldly states “have experienced great successes and failures and have learned from both.”