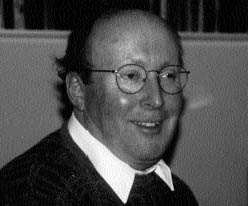 The SkyDome and CN Tower may draw tourists to Toronto once, but Rollo Myers is convinced it’s the city’s so-called “second layer” that keeps them coming back.

“The second layer is composed of all the landmarks and landforms that truly define Toronto and its neighbourhoods,” says Myers, who trained to be architect, but has the heart of an historian. Like Jane Jacobs, for Myers the essence of great communities is found not in architectural grandeur, but in a combination of more practical elements: “It’s not about one or two jewel-box buildings,” he says. “It’s about whole areas and how they work together.”

For more than 20 years Myers has helped Toronto re-discover, preserve and promote its hidden charms. His passion for the city’s past is helping to shape its future.

In 1972 Myers left Vancouver for Cabbagetown. He moved into an abandoned historic home and his renovation plans brought him before the city’s historical board.

By 1985 he had moved again, restored another historic home and was now a member of The Toronto Historical Board. He spent six years as a volunteer member of the board, reviewing development proposals for historic buildings and seeking ways to interest the public in heritage matters.

It was during his tenure that the board reviewed a proposal to develop the land around Fort York. The drawings perplexed Myers, so he used his own three-dimensional mapping technique to bring the plans to life. After city council saw the effect in 3D, it changed its mind and eventually the drawings were revised. In 1994 while the development was being considered, Myers and some colleagues founded The Friends of Fort York to advocate for the fort’s long-term accessibility and visibility.

By now he had also joined the Task Force to Bring Back the Don, where he spent three years working on plans to regenerate the urban river. Slowly, Myers was developing a more holistic sense of the city and began discovering some of its buried treasures, like the “Old Town.”

The Old Town is the home of Toronto’s earliest beginnings. The city began near Parliament Street and the area was home of many Upper Canadian firsts: the first courthouse, jail, church, free school, bank, and the first Parliament Buildings.

In 1995, Myers was a founding member of Citizens for the Old Town, a group dedicated to resurrecting this forgotten chapter of Toronto’s history. A recent victory means the site of Upper Canada’s first Parliament Buildings is now marked for purchase by the city as a commemorative open space. It is hoped this will act as a much-needed catalyst for revitalization. Myers’ group even thinks it has found a way for the city to pay for it.

They recently discovered The Walks and Gardens Trust, a fund created in the 1850s to compensate the city for the sale of designated shoreline parkland lost to railroad development. Any developer that bought or leased land south of Front Street contributed money to the fund, which mysteriously disappeared in 1917. Thanks to Myers and his group, the city’s legal department is now reviewing the issue to see if the fund is still on the books.

Myers’ restoration interests also include The Garrison Linkage, an effort to improve and connect the chain of parks along the former Garrison Creek. Myers is also on a community committee working on development strategies for the West Don Lands – 70 acres of derelict industrial land once a park reserve and now back in public ownership. “We’ve been really careless with the endowments left to us and it’s time to get back on track.”