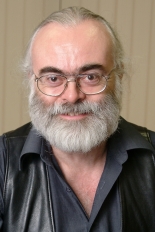 For more than 35 years Steve Munro has been a passionate and unwavering advocate for the improvement of Toronto’s transit system.  It is said that Steve knows more about transit than anyone, ever.

Steve was born in downtown Toronto, grew up in North Toronto and now lives in Riverdale.  His love of the city and its transit grew out of weekend outings on the TTC with his father to explore the city and the streetcar system.  At the time Toronto had an extensive network of streetcar routes,  one of the few cities in North America not to have abandoned these surface routes to buses and underground systems.  However, with the opening of the Yonge Street subway system in 1954, and the subsequent Bloor-Danforth line in 1966, it seemed that Toronto’s streetcar was headed for the historical museum.

The “Streetcars for Toronto” Committee was formed in 1972 to fight for the retention and expansion of the streetcar system as a way to provide low-cost rapid transit service to growing suburban areas.  As a student at the University of Toronto, Steve was part of that Committee and subsequently became its chair.  The Committee, a community activist group, had initial success in persuading the TTC to eliminate its streetcar abandonment policy and begin a systematic refurbishing policy of existing stock until a new manufacturer of streetcars could be found.

Although Streetcars for Toronto disbanded in the 1980s, Steve remained active as a transit advocate on many fronts – service quality, maintenance and funding at a level which would allow transit to grow and attract more riders.  This was often a lonely battle with a car-oriented culture and a metropolitan region where public transit was seen as a frill for people living downtown.  Through the eighties and nineties Steve unwaveringly provided a vision for anyone who would listen – politicians, journalists, and other community activists – of what transit could become for the city.

The TTC’s “Ridership Growth Strategy” and “Transit City” would not exist without Steve’s long hours of advocacy that “The Better Way” could be much more than just a marketing slogan. Steve is a frequent commentator on transit in Toronto, and his blog at stevemunro.ca hosts ongoing discussions about many issues.

In addition to his transit passion, Steve is interested in urban design and architecture and the performing arts.