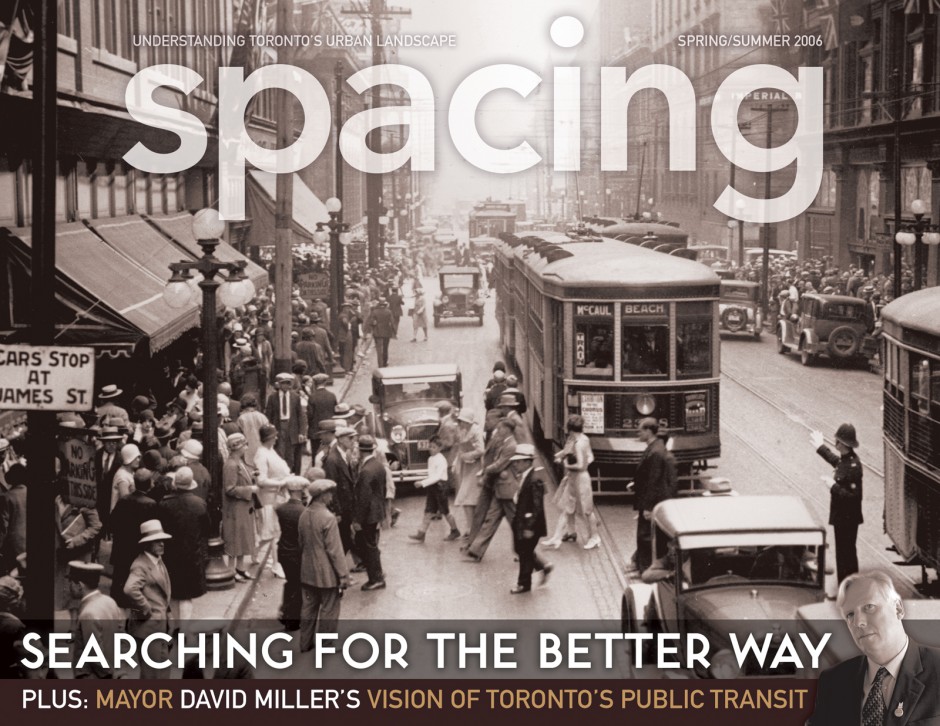 The cover section of the sixth issue of Spacing focuses on Toronto’s sometimes confounding transit system. Spacing editors Matthew Blackett and Dylan Reid sit down for a Q&A with Mayor David Miller and challenge him to articulate a vision for the future of transit in this city. Toronto transit advocate Steve Munro lets loose on the failings of the TTC and its leadership, while supplying an economically-responsible plan that could reshape our transit system. Other articles include the plethora of subway construction plans from the early 1900s to the mid-1990s, the legend of Lower Bay subway station, how to turn Queen Street into a streetcar and pedestrian-only zone, a look back to 1968 and 1985 when bomb threats to the TTC caused public fear, and an essay in defense of our subway’s “public washroom aesthetic.”