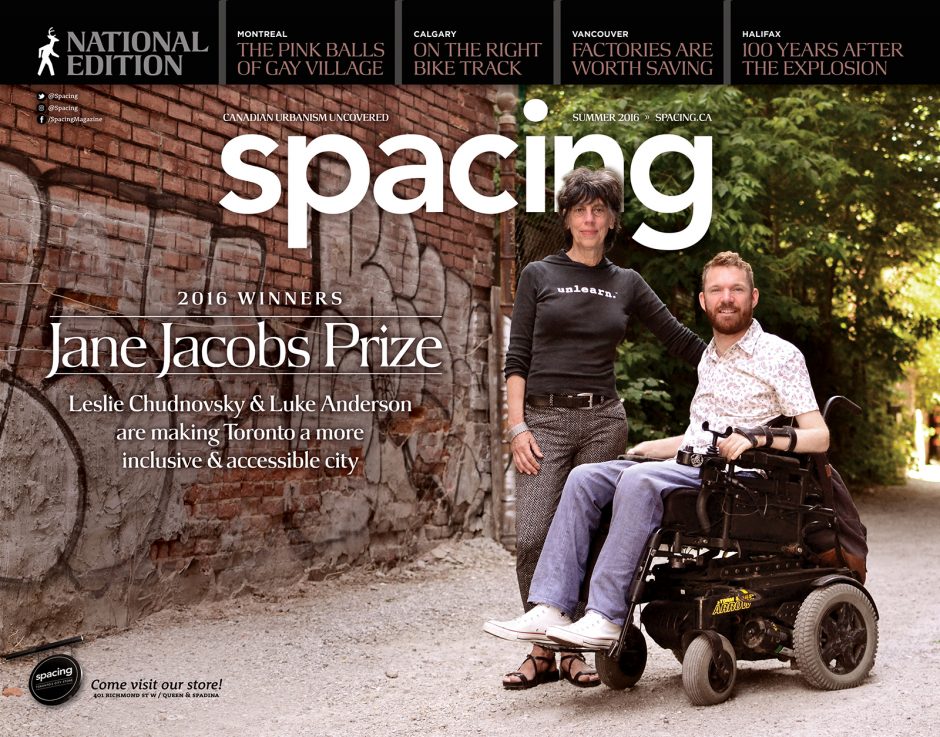 The summer 2016 edition of Spacing marks the ninth national issue of the magazine.

The cover story focuses on the 2016 winners of the Jane Jacobs Prize awarded annually by Spacing to Torontonians who are making their mark of the city’s urban fabric.

We explore Montreal’s Gay Village to find out whether the “pink balls” installation is having the desired effect both the neighbourhood and business community were expecting.

Senior editor John Lorinc examines the strengths and challenges of building a diverse city with this excerpt from the new book “Subdivided.”

The issue also includes a photo essay of Edmonton’s Neon Sign Museum, the curious origin of low-floor streetcars, how Vietnam draft dodgers changed Vancouver, the anti-transit bias of Edmonton’s media, the journey of an Ottawa DJ to find the best music along bus route #2, and carving out an urban identity in New Brunswick.