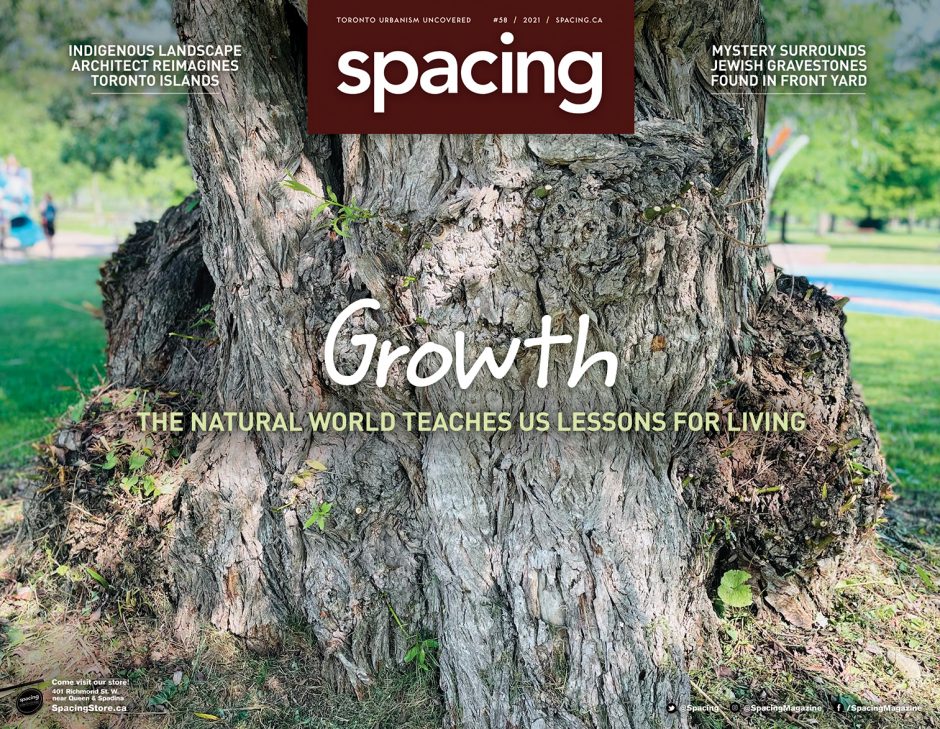 The natural world, as editor Sarah B. Hood notes in her introduction to our cover section, makes a compelling metaphor for thinking about the city. You could think of it as city-growing, rather than city-building — opening space for things to emerge in their own shape, rather than being planned and designed in advance. Nature is all around us in the city, and if we let it in, our city can be a far more joyful place to live.

Publishing a growth issue during the winter months might seem like perverse timing. But as Hood writes, growth is always happening, sheltering under the earth even as the cold settles over the city. In the meantime, this winter will bring a change many residents have long hoped for without much expectation that hope would be realized: the City agreed to plow most sidewalks in the older parts of Toronto this winter, with the rest covered the year after.

One might wonder whether such a service is really necessary in the age of global warming, but climate change is erratic. As the polar vortex becomes unstable, we’re experiencing bouts of extreme cold amid the warmer temperatures. The stresses created by climate change are one of the crucial reasons why we need to integrate nature into the city, and also to tend it carefully, as Todd Irvine explains.

What finally precipitated an issue about growing was City Council passing a bylaw to (at least in theory) allow “natural” front yards as of right. It felt like a moment where Toronto was finally loosening up, accepting the presence of a little less-controlled wildness within the built environment, although it turned out that, as always seems to be the case, it only went partway.