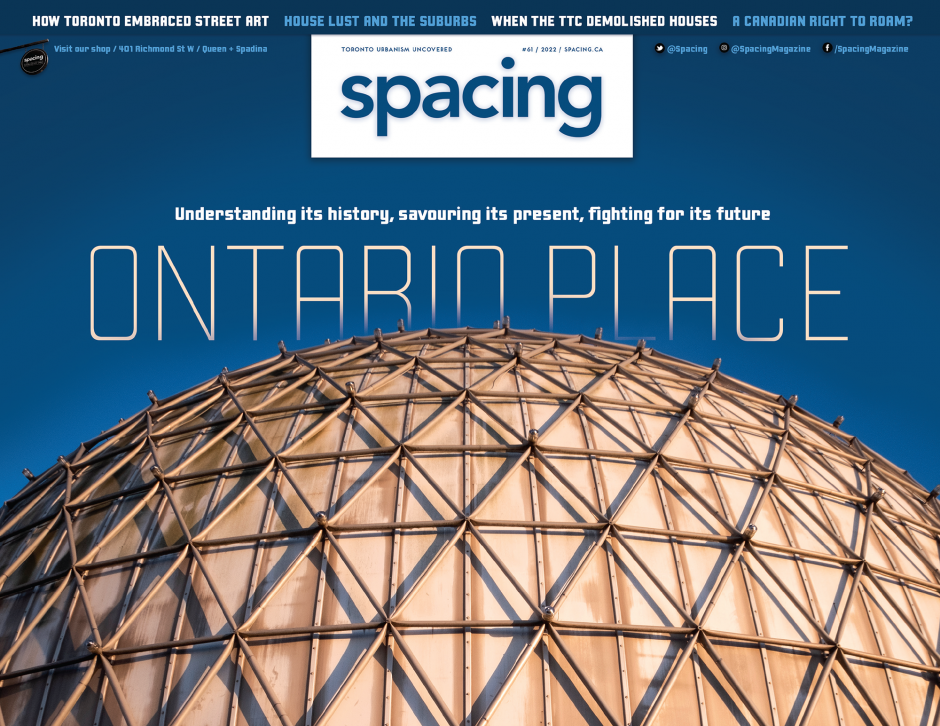 A decade of neglect has transformed Ontario Place into an accidental playground. As you will discover in our cover section, what was once intended as a provincial showcase has evolved into a destination for walkers, cyclists, swimmers, paddleboarders, partiers, birdwatchers, lake watchers, and human watchers, along with movie- and concert-goers to its more established venues.

Ontario Place was always intended to be recreational, but what the closure of the paid recreational sections revealed was that its best use is as a public space where people can improvise their own pleasures. Our contributors explore the past, present, and future of this iconic and invaluable yet neglected gem and make the case for turning it into a public park, in the face of the provincial government’s privatization plans, including an oversized, expensive private spa.

Meanwhile, Sarah Hood profiles the remarkable StreetARTToronto program on its tenth anniversary. The program grew out of the realization that the way to deal with graffiti was not to fight it, but to embrace it. The City, in other words, paid attention to how its residents were reshaping the city, and built on that organic process rather than suppressing it. Featuring insightful writing and stimulating art and photography as always, experience all this and more in our sixty-first issue.
cover photo by Timothy Neesam