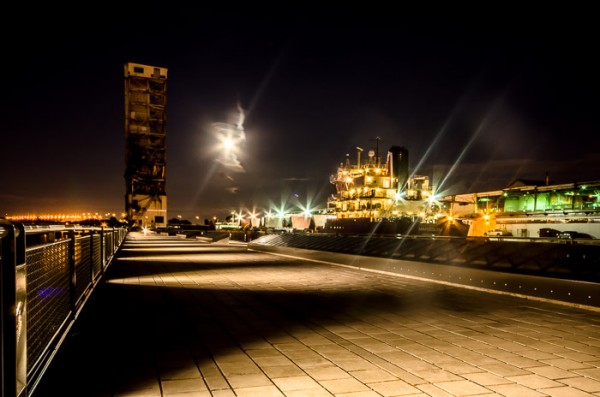 The Conveyor Quay in the Old Port of Montreal is now open to the public after being restored.

The marine tower at the end of the quay – the last of its kind in the port of Montreal – was built in the mid-1950s and was used for unloading grain from boats to the grain elevators.  At the time, there were two marine towers on the Conveyor Quay.