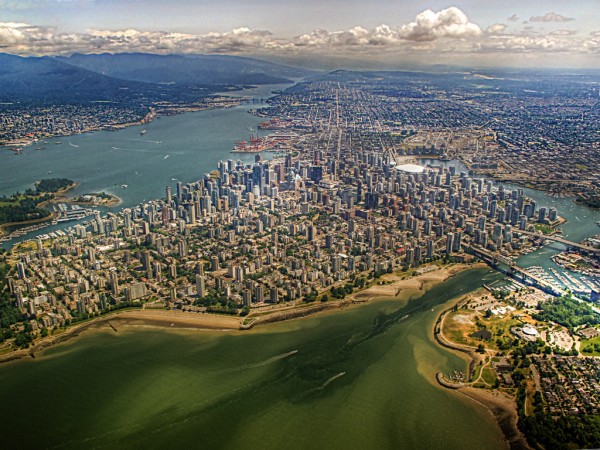 A few months ago, I was honored to give the keynote speech at the Seattle Downtown Association’s annual “State of Downtown” event. Our audience was very interested in the challenges of what I call “density done well.”

It’s an understatement to say that the “D-Word” is a controversial subject in cities across North America, and whatever city you live in is likely no exception. One big reason is that often density is done rather poorly in many cities, so it’s no surprise it can be unpopular with both the public and politicians. It needn’t be so though, and shouldn’t be, as when it’s done well, density is immensely important to the success of cities and regions.

Density tends to be talked about as something developers want, but the list of public values from smartly done density is long:

Not to mention making municipal services and infrastructure much more efficient per-capita, an issue that can literally bankrupt sprawl-based cities. Study after study has shown all of these things and more are improved with increased density, if you do it well.

My talk drew on Vancouver’s long history with successful densification within a livable, increasingly green “city by design” framework. I told the story of our challenging but award-winning EcoDensity Initiative, and our more recent efforts to become the greenest city in the world by 2020.

I stressed that densification shouldn’t be a mathematical exercise, or the product of a one-dimensional read of “highest-and-best-use.” Density done well should be a design-based approach to responsible city leadership, flowing from a city’s vision and values.

My audience may have been downtown-focused, but I’m sure they would agree that density done well is just as much about artfully adding to the inner city beyond the downtown, and building smarter suburbs that are more mixed, compact, walkable, and transit friendly. Density isn’t just a downtown thing.

Unfortunately, even gentle forms of density can be especially controversial in the suburbs. Something as simple as secondary suites in single detached homes or backyard granny/”Fonzi” suites can lead to big battles. This has to change if city-regions stand a chance of addressing their serious issues. Given all the growth that’s heading there, the battle for sustainable regions will likely be won or lost in the ‘burbs. 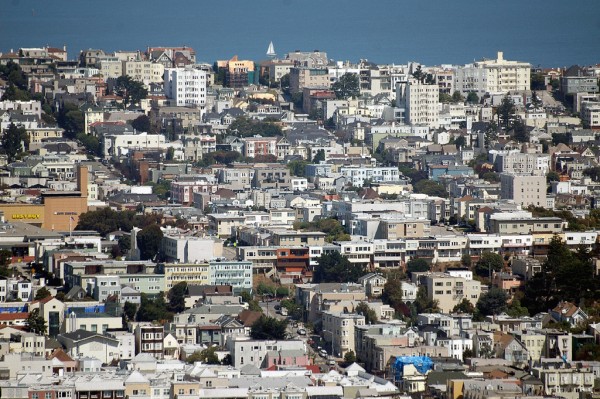 So what does density done well look like? In my talk I outlined three critical components:

1. Aligning your land-uses and how you get around

For decades, most cities in North America have separated their thinking around land-use and transportation, and the car capacity “tail” has tended to wag the land-use “dog.” This has always been a recipe for failure, resulting in car-dependent cities that ironically don’t even work for drivers.

Car-dependent transportation models create self-fulfilling prophecies of gridlock by pushing land uses apart and densities down, leading to communities that are un-walkable and not viable for transit, and force people into their cars for almost anything. And if you try to do high densities planned around the car it also fails – miserably.

Vancouver illustrates a different and better way. Starting with the refusal of freeways in the city in the late 1960’s, Vancouver continues to design a multi-modal city that prioritizes walking, biking and transit, and recognizes that “the best transportation plan is a great land use plan.”

If uses and activities are mixed and compact, with everything proximate and walkable, the “power of nearness” makes every method of getting around work better – with freedom of choice. The great “aha moment” is that it even makes the city work better for drivers.

2. Be unashamed to have a consistently high urban design standard

Cities that “take what they can get” when it comes to urban design and architectural quality, usually get what they ask for. On the other hand, having high and clear design expectations, maximizes and protects value for both the public and private interests, something smart developers understand and appreciate.

It recognizes that building height is not a “yes or no question” but a challenge for better design. Every scale of building, tall, medium or small, should be designed creatively and beautifully, with the right scale in the right places. It’s not about “height dogma!”

Perhaps most importantly, it understands that making density work means focusing on how the buildings meet the street, and making the walking experience at eye-level at the 5 miles/hour pace of a walker, constantly visually inviting. No blank walls along the sidewalk!

If you plan for too many people without the amenities that make high density living enjoyable, it often fails. Amenities support public life, and the denser it gets, the more such amenities are needed. Design your density with parks, recreational and people places; childcare and schools; and cultural, civic and heritage offerings.

On top of publicly owned amenities, density brings the population for market-driven amenities like the coffee shop, pub, grocery store and farmers market.

These amenities, public and privately owned, make density livable, lovable and successful, for all ages and for families if you design for them all.

In Vancouver, the City leverages our amenities, as well as rental/social housing, from private sector development as part of a model that makes high density work better for both developers and the existing community.

The truth is, density done well is a tougher art and science than just these three must-haves. But if you get these three right, you’re likely off to a very good start.

Density is never easy, including in Vancouver, and poorly done density deserves to be criticized. However if any city-region takes its economic resiliency, livability and sustainability seriously, density done well is a must.

Brent Toderian is an international consultant on advanced urbanism with TODERIAN UrbanWORKS, Vancouver’s former Director of City Planning, and the President of the Council for Canadian Urbanism. Follow him on Twitter @BrentToderian