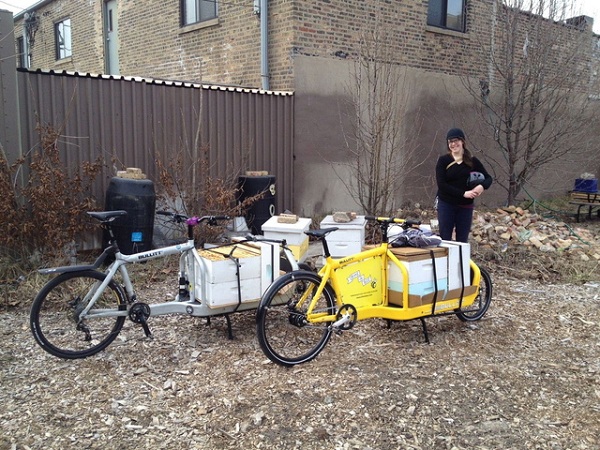 Hives are set up around the city, and Kinsman travels to and fro with all of her beekeeper equipment on a Bullitt cargo bike.

Due to last summer’s drought, Bike-a-bee produced no honey, but a Kickstarter program raised enough money for the non-profit to expand.

In addition to tending to the hives, Kinsman teaches beekeeping at local schools and programs.