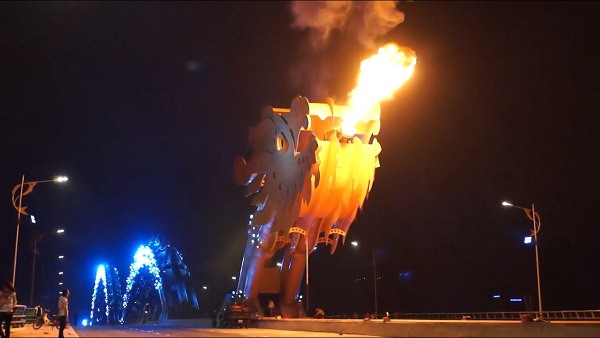 Designed after a legendary dragon that brings good luck and fortune, this steel bridge is sure to attract tourists from around the world.

The bridge links the international airport in Da Nang – Vietnam’s fourth largest city and an important port for the country – to popular beaches and the downtown core. It can shoot fire or water and is lit up at night by 2,500 LED lights.

Construction began on the Dragon Bridge in 2009 and was designed by American firm Louis Berger Group, and cost more than $83-million to build.