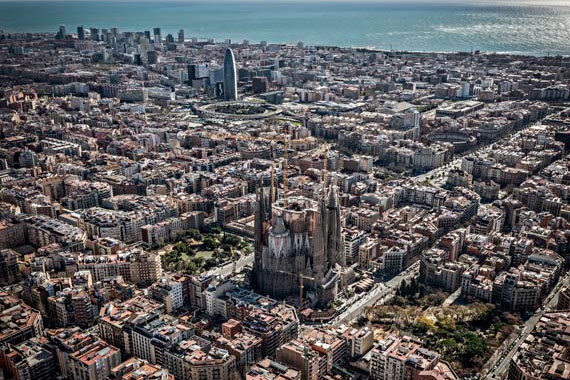 In our world of contemporary architecture and building, it has come to be expected by clients and the public alike to receive not only plans, sections and elevations of a proposed project but also photo-realist models and images of the unbuilt, long before the ground is broken. We want to see what we are going to get before we commit and these life-like images, that often blur and confuse the line between the architectural imagination, drawing and reality, are now not only accepted by expected. Things were a little different back in 1882, however, when what was to become Antoni Gaudi’s Sagrada Familia was originally dreamed up. Fast forward 131 years, and while construction is not yet complete, a recent animated film gives a preview of what Gaudi’s Sagrada Familia is expected to look like upon final completion in 2026. Only 13 more years until we should get to see his work in its completed glory for ourselves. And after 144 years, it promises to be worth the wait.

Image courtesy of The Sagrada Familia