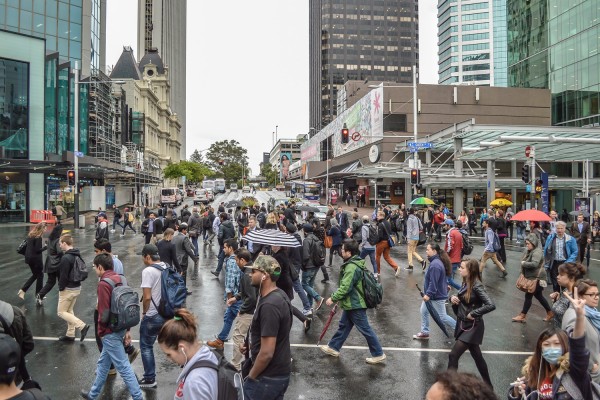 We at Modacity recently spent five days in the beautiful city of Auckland, New Zealand, having been invited by Auckland Council to share some lessons from Vancouver’s recent implementation of an AAA (all ages and abilities) bike network, and how that crucial shift in strategy has broadened the type of people riding bicycles: including women, children, and seniors. While Auckland has much work to do in order to become a cycling city, we left thoroughly impressed at how pleasant, comfortable, and even delightful they had made the act of moving by foot. Despite paying endless lip service to pedestrians, many cities tend to neglect them, focusing on the sexier worlds of bikes, buses, and trains. In our view, Auckland is truly practicing the transport hierarchy they preach. So, without further ado, here are 12 simple ways Auckland gets walking right:

Chris Bruntlett is the co-founder of Modacity, a multi-service consultancy focused on inspiring healthier, happier, simpler forms of urban mobility through words, photography and film. You can find Chris on Twitter: @modacitylife.

All photos by Chris Bruntlett