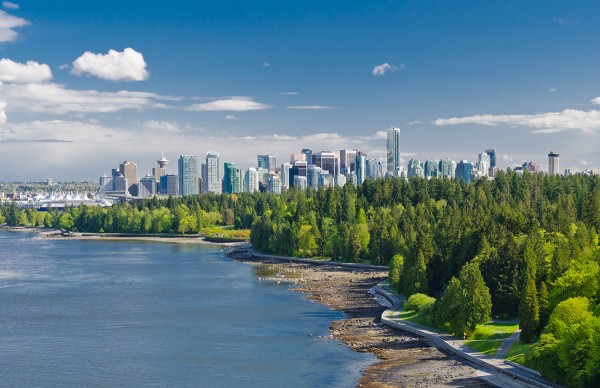 Toronto Park People’s Park Summit highlights the successes and opportunities of Toronto’s 1600+ parks. This year’s theme, Inspiration from Across Canada, will bring together park groups making a difference in their urban parks across the country. The 5th annual Park Summit is on March 7, 2015. Tickets are free. This is the first in a series of three Q&A’s featuring speakers from the summit. Spacing is the Park Summit’s media partner.

We caught up with Malcolm Bromley, General Manager of the Vancouver Board of Parks and Recreation, to chat about the difference between Toronto and Vancouver parks, what makes a great waterfront park, and how Vancouver is trying to be the greenest city in the world by 2020.

JTG: What made you want to work in city parks? How did you first get started?

MB: My starting point was in Recreation in the City of Belleville in 1979, but my role in Parks started in North York in 1994 as Parks Operations Supervisor. This was an interest of mine in order to broaden my skills to include parks. Parks are outdoor recreation spaces, so my passion for helping people enjoy their leisure time fit well. I also had a strong community development background and philosophy so I brought a more citizen engagement approach to parks design and operations. After amalgamation I was District Parks and Recreation Manager for the largest district in Toronto, which included G. Ross Lord Park, Sunnybrook Park, Edwards Gardens, and Earl Bales Park.

What are some of the major differences between Toronto and Vancouver in terms of their parks?

The community in Vancouver has a long and strong history of activism and citizen engagement. In Toronto this was situational and mostly centered in the old city of Toronto. Therefore, in Vancouver, all park projects have robust engagement strategies and a sharing of outcomes online. Having an elected Park Board in Vancouver also creates a focus and access point for residents who are able to actively engage in policy and project development. We have open Board meetings and task forces to include opportunities for public leadership and engagement. Staff is always looking for better ways to include the public. There doesn’t seem to be a system-wide community engagement philosophy in post amalgamation Toronto I think due to history and lack of focus on it. The Park “Friends of” movement provides an excellent example of shared decision-making and engagement.

How does the Park Board work with communities who want to get involved in their local parks?

Some of the ways are park development project committees, task forces, surveys, deputations at Board meetings, and working with Community Centre Associations who also have an interest in nearby parks. We also have a robust community garden program that helps people to organize around garden plots. Our VanDusen Botanical Garden is jointly operated with a not-for-profit society.

Public access to water is essential for activities like swimming, boating, walking on sea walls and trails. Also key is not having physical barriers between people and the waterfront like condos or fences or businesses. Proper amenities like benches, water fountains, and dedicated paths for cyclists and pedestrians are very necessary as contiguous pathways of significant length make for a high quality waterfront parks system.

Vancouver has a plan to be the greenest city in the world by 2020. How do the city’s parks fit into that goal?

We are critical to achieving this goal. Some examples are the Access-to-Nature targets (with the goal of having everyone within a 5-minute walk of a green space by 2020), re-wilding of Vancouver, pollinator projects, and local food strategies which include planting fruit trees and food-bearing plants. We are working closely with the Port of Vancouver to create more fish habitat to offset the impact of development and have developed an Urban Forestry strategy to increase our canopy and pursue equitable access to shade and trees across the city. We also lead the way in Green Operations by reducing greenhouse gases and carbon. We also work with volunteers and partners to perform Up Cycling, which is reusing plant materials that would otherwise go to the landfill. We do this with invasive species like blackberries where volunteers and partners strip the long viney stems and use the inside to weave and make slope stabilization mats.

This is the first in a series of three Q&A’s featuring speakers from the Toronto Park Summit. This year’s theme, Inspiration from Across Canada, will bring together park groups making a difference in their urban parks across the country. Hear more from Malcolm Bromley at the 2015 Toronto Park Summit on March 7th. Tickets are free.

Malcolm Bromley is the General Manager of the Vancouver Board of Parks and Recreation, which maintains more than 230 parks and 40 major facilities throughout the City of Vancouver. He is an accomplished municipal executive with over 35 years of experience in parks and recreation management. Prior to arriving in Vancouver, he took the lead in integrating recreation programs following the amalgamation of several municipalities into the City of Toronto.

In his current role, Malcolm is a member of the City of Vancouver’s Corporate Management Team. Reporting to the elected Board of Parks and Recreation of 7 Commissioners and to the City Manager, the General Manager provides leadership in the delivery of parks and recreation services that are environmentally sustainable, diverse, culturally sensitive, accessible and fiscally responsible. This position leads the development of strategy, policy, tactics and operational plans to maximize public parks and recreation services in Vancouver. Malcolm is also the Vice-Chair of the Pacific National Exhibition Board and Co-Chair of the Joint Child Care Council.

The Vancouver Park Board’s mission is to provide, preserve and advocate for parks and recreation services to benefit all people, communities and the environment.