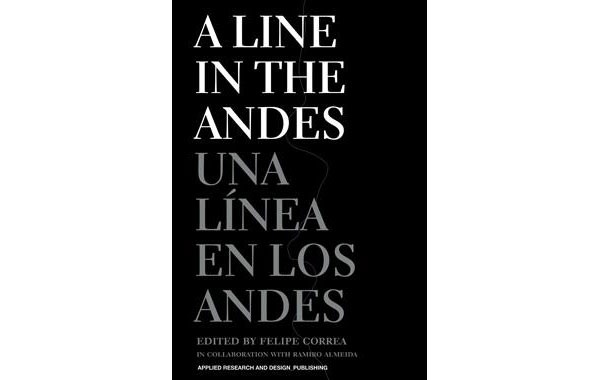 “What country is that?” is a common question I get as people stare blankly at the yellow, blue and red soccer jersey of my ancestral roots. Beyond the giant tortoises of the Galapagos Islands, bananas and the (very) occasional appearance in the FIFA World Cup, Ecuador is a country that most Canadians rarely think about—even less so for issues around urbanism. Yet, this tiny country houses roughly half of our population in 3 percent of Canada’s land area, while inhabiting some of the most diverse and dynamic landscapes in the world. Quito alone, Ecuador’s compact capital city, is home to over 2.5 million inhabitant and is nestled within one of the many picturesque Andean valleys, at about 2,900 metres above sea level. And this city, unbeknownst to many of us Canadians, has been going through an incredible urban transformation, over the past couple of decades. The most recent of these is the plan to build its first underground metro line across the city—an undertaking that is the focus of A Line in the Andes/Una Linea En Los Andes edited by Felipe Correa in collaboration with Ramiro Almeida.

In keeping with all publications affiliated with the Harvard Graduate School of Design, the one-year investigation undertaken by Correa—Associate Professor in the Department of Urban Planning and Design and Director of the Urban Design Degree Program at the Harvard Graduate School of Design—and Almeida—Loeb Fellow 2012-2013—has provided a rigorous, provocative, and informative study on this low-profile city.

Beyond the Foreword, Notes and Introduction of book, A Line in the Andes/Una Linea En Los Andes consists of 10 chapters written by various contributors, exploring a diversity of issues about the capital. They are roughly ordered chronologically by theme, building readers’ understanding of the factors that have led to Quito’s current condition. This is somewhat evident in the chapter titles – The Foundational City 1, The Elastic Grid, The Foundational City 2, The Distant Gaze: Jones Odriozola and En Route Modernity, The Compact City, The Symbolic Dimension of Transportation Infrastructure In South America: From The Sublime to the Everyday, The Draped City, A Design Policy: The Road To New Urban Centres, Sub-surface Spines, and the Metro As Spine. An appendix of GSD student projects, proposing transformations of the city in response to the new metro line, closes out the book.

Two critical things are worth mentioning here: first, as the title suggests, the book is wisely written in both english and spanish, making the work accessible to both North and South American readers, alike. This also serves to make the intimidating size of the book easily digestible. One can read it quicker than initially assumed upon first view.

Second, about half of the contribution are ‘graphic essays’ consisting of an amazing array of analytical maps, graphics and visualizations that give the reader a wonderfully in-depth understanding of Quito’s urban fabric, at a variety of scales. The chapters roughly alternate between written and graphic essays, giving the book an excellent and engaging flow. Like most books of this sort, the written contributions vary in quality and interest. The graphic essays, however, did a great job in breaking up the dense written material with consistently fascinating and stimulating information. I only wish they were twice the size.

On the negative side, the written content seemed to have a higher number of spelling and grammar errors than is characteristic of typical GSD publications. This included at least couple of times that a sentence or two seemed to be missing from one page to the next. Reading the spanish side allowed me to follow the stream of thought, but those who do not know the language may get momentarily confused by the disjunction.

Furthermore, although I appreciated that the student projects were secondary to the main content of the book (being in the appendix and all) and that there is only so big the book wanted to be, they required more written descriptions. The maps, model photos and diagrams included in were excellent (albeit sometimes too small) and clearly they seemed to have interesting ideas behind them, but one was hard-pressed to really understand what the design intentions were.

The above aside, A Line in the Andes/Una Linea En Los Andes is an impressive investigation whose lessons are relevant well beyond the borders of Ecuador. The Foundational City 1 and 2, and The Compact City chapters, alone, are worth the read, as they highlight the unique morphology of Quito’s urban fabric and building types over time, in response to the topographic, social and cultural conditions. Required reading, to my mind, for anybody in the urban design, planning and architecture fields.

Overall, Correa and Almeida should be graciously applauded for the creation of A Line in the Andes/Una Linea En Los Andes – a book that opens our eyes to the incredible transformations occurring in cities off-the-beaten-path, and situating them within the context of larger global patterns of urban change. Perhaps more importantly, they clearly demonstrate that each city, no matter how humble, has its own beautiful history that shapes its physique and that we must think critical in our desires to change them, for the fingerprints of these transformations are registered along a continuum that spans centuries….and we would do well to choose wisely.

For more information on A Line in the Andes/Una Linea En Los Andes, visit the Applied Research + Design Publishing website.