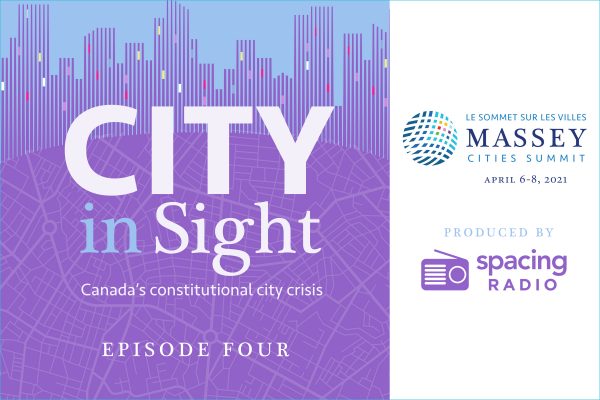 Throughout this series, a common complaint from Canadian mayors is cities lack the money they need, and the authority to spend it on local priorities. Do cities need more money, more power to raise it (and spend it), or is it possible to establish cost-sharing partnerships between governments that feel like a win for everyone?

Brian Kelcey our expert guest: an urban politics and policy consultant who’s worked as a senior advisor in both municipal and provincial governments. He sheds some insight on building those intergovernmental relationships, and how the same kind of relationships are required to win greater city power.

Mayor Maxime Pedneaud-Jobin is the mayor of Gatineau, Quebec, and says cities are responsible for more than they receive back from other levels of government.

“We manage 58% of public infrastructure, and we get 8% of taxes in general… you don’t need a PhD to understand that that’s what’s bringing down the cities.”

And Burlington, Ontario Mayor Marianne Meed Ward wants to see more reliable money for cities in the short term, but ultimately hopes for a charter solution.

“Each municipality will have its own needs and its own desires for what they would like to have in a charter. In my mind, it’s probably the best tool we have available to have this conversation.”

Listen here for City in Sight: