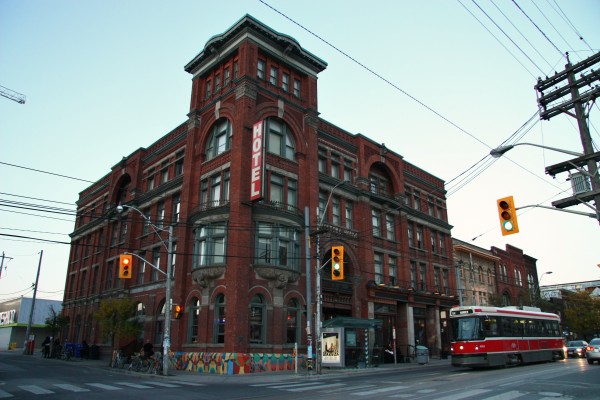 yowLAB is proud to announce that it has partnered with Ottawa Architecture Week and ByTowne Cinema to launch the fall season of the yowLAB Film Festival with a special screening of Last Call at the Gladstone Hotel, followed by a panel discussion.

Last Call at the Gladstone Hotel, directed by Neil Graham and Derreck Roemer, follows the revitalization of Toronto’s century-old Gladstone Hotel from flophouse to arts and music hotspot. “Shot over five years in a cinema direct style, Last Call at the Gladstone Hotel is an intimate, compelling portrait of the effects of urban renewal upon the poor, exposing a pattern of displacement repeated in urban centers worldwide, and revealing the unintentional roles we often play in the process of gentrification.”

The screening will be followed by “Inhabiting gentrification” – a panel discussion on urban revitalization, community, social housing, and the arts scene in Ottawa and their impact on the existing character and characters of neglected neighbourhoods.