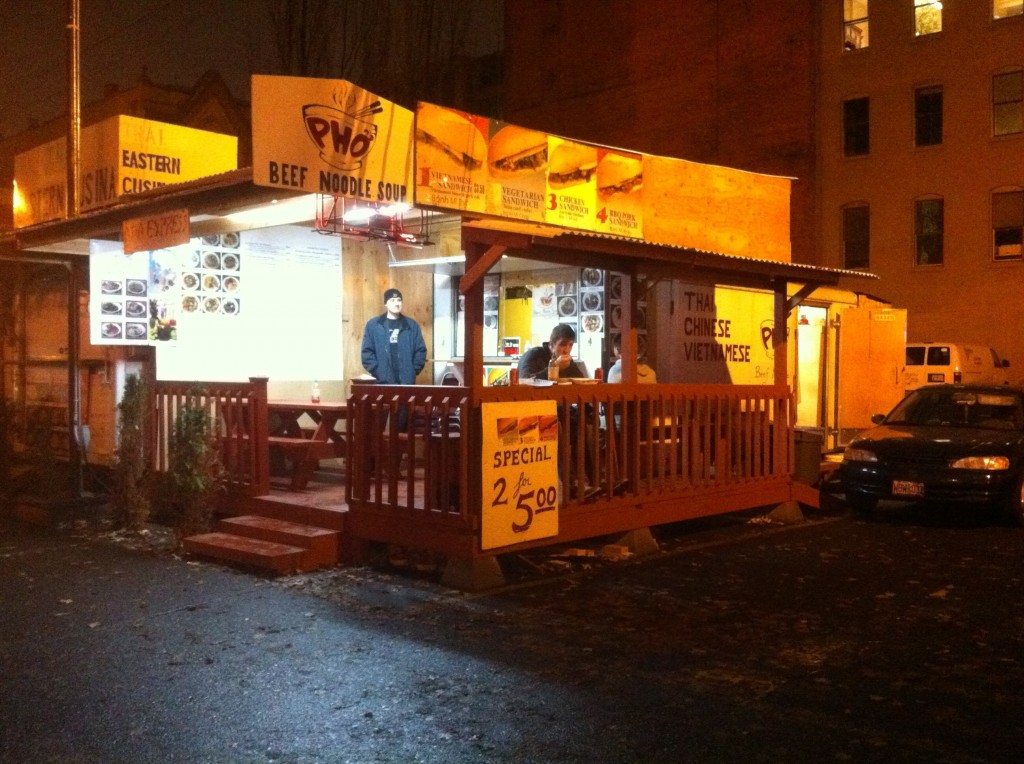 Portland, Oregon gets a lot of credit as cities go. “The city that works” really does work, as I found out when I visited last weekend.

An early North American adopter of an urban growth boundary, Portland is in many ways an urban planner’s paradise. With its extensive network of bike infrastructure, buses, streetcars and an LRT system that seamlessly connects the downtown to the airport and suburbs, there’s a lot Toronto could learn from what has become the ‘Portland model’ of city building.

What Portland doesn’t get enough credit for, however, are its parking lots. Unlike other cities I’ve seen, where downtown parking lots are generally condos-in-waiting or worse, car-filled voids during the day and just plain voids at night, some of Portland’s parking lots are the life of the city.

Over the past five years, food carts have transformed some of Portland’s parking lots into dynamic spaces filled with people. Vendors essentially park their carts in spaces bordering the sidewalks and sell all kinds of delicious found out of windows facing the street. 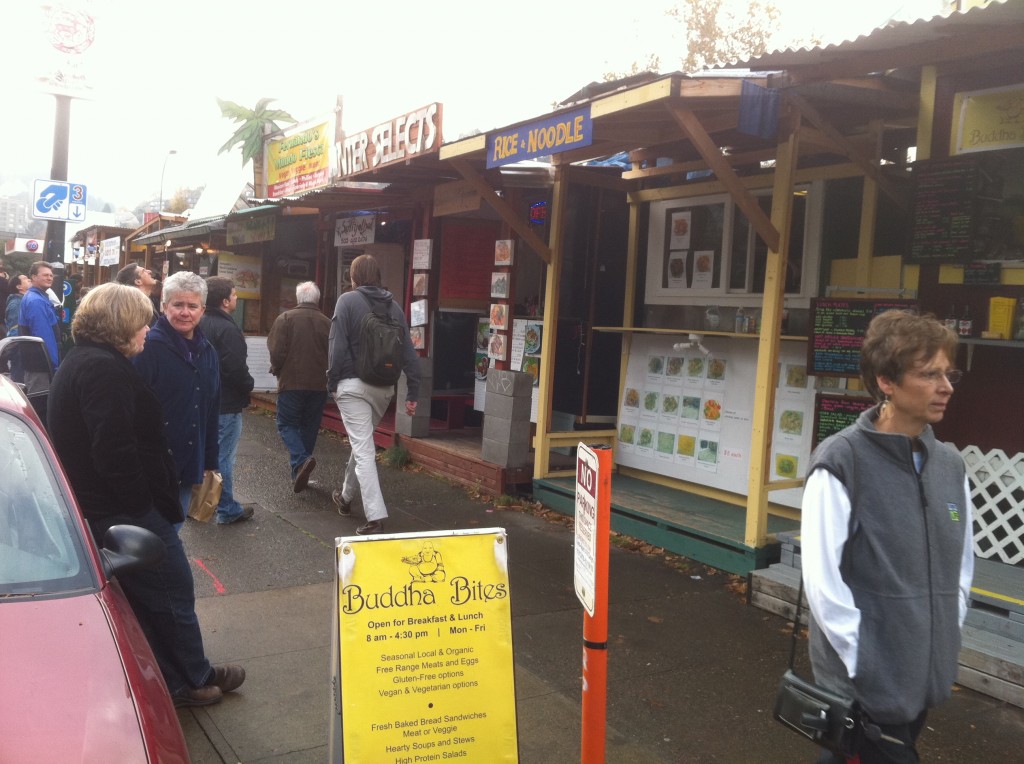 From pastrami on rye to deep-fried sushi to pad thai to tacos, there’s little you can’t get from a food cart. And best of all, it’s super cheap.

I spoke to a vendor in his early twenties, a new entrant to the food cart market, who had just sold out of deep-fried sushi—supposedly a regular occurrence for the cart since opening only months ago. He had his cart in a parking lot in the downtown business district, giving him access to tones of hungry office works keen on finding a quick and affordable bite to eat.

I asked him about how the food truck phenomenon worked. He explained that each truck pays the parking lot owner the monthly rate for a single parking spot — leaving plenty of space for other cars — plus a substantial “rent” for electricity and the privilege of setting up next to the sidewalk. Each vendor still has to be licensed by the city and is subject to the same food and health inspections as a regular restaurant. But without the overhead and insurance costs that come with operating in a building, food carts can keep prices low and still make a profit. 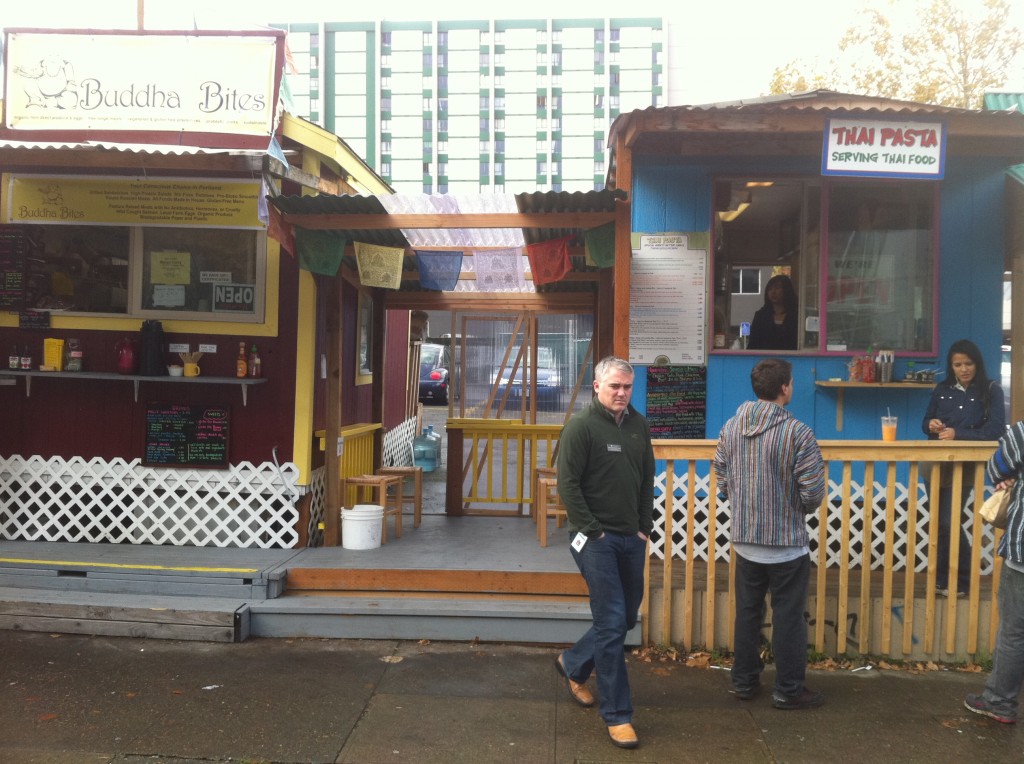 Currently there are over 200 food carts in Portland, some in parking lots and others that have set up market-style spaces where a few carts encircle picnic tables under a tent in unused parcels of land. These carts are now becoming semi-permanent fixtures of the streetscape, with some carts even building small porches for customers to sit.

Based on Toronto’s disastrous Toronto a la cart experiment, there are definitely lessons that can be drawn from Portland. Better yet, the entrepreneurial spirit of these carts that likely relies on the City for little more than zoning tweaks may be the kind of initiative that could fly even under a new regime of municipal fiscal austerity.

Something for the City to chew on.