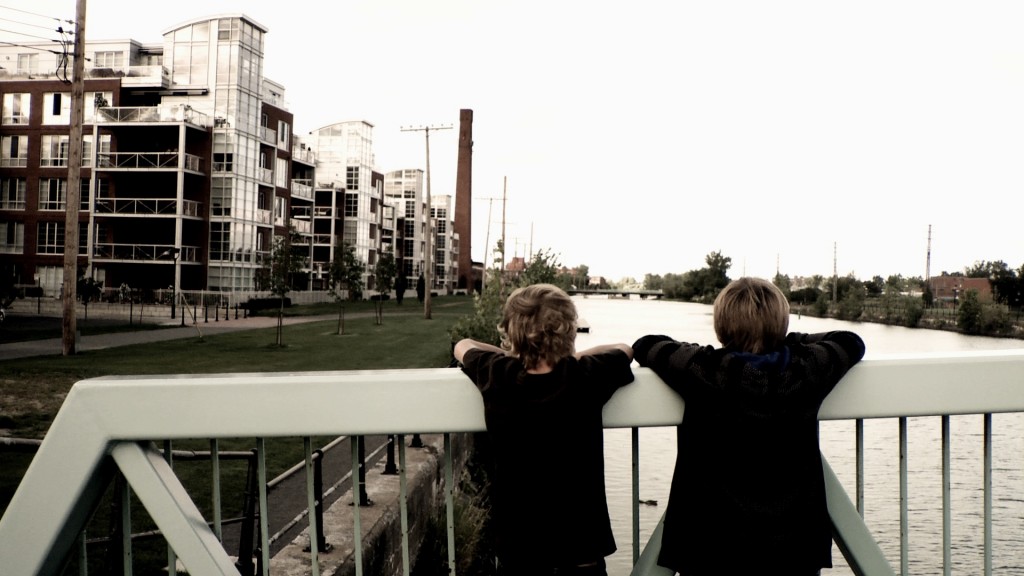 It would be unfair to call Shannon Walsh’s St-Henri, the 26th of August either an update or a simple homage: while its roots are clear, it is a story all its own. The St-Henri of August 26, 2010 is this time captured by sixteen Quebec filmmakers who weave together vignettes of ever day life that create an incredible sense of place: boys desperately hunting for worms, an old couple strolling the Lachine Canal, a woman who walks the sewers to experience genuine “tunnel vision.”

While most of the protagonists do not interact with each other, the streets they walk become increasingly familiar, and a sense of community gradually builds. And it does feel like the course of a single day: we see Doris go out to collect bottles in the early part of the day, and catch up with her resting at the Atwater market in the afternoon. Children head off to their first day of school, and then later spill out into the streets. Intersections bustle, hosting different crowds at different hours. Almost none of the stories take place inside the home; front stoops, schoolyards, bridges, park benches, and diners are where residents—and their viewers—experience the city and each other.

The narrative structure is loose, but the directorial teams follow a set of visual criteria that helps to focus the myriad experiences of the day. As a result, the rhythm of St-Henri is beautiful; it will make you ache for Montreal, for the deps and the rickety staircases, and even that monster, the Turcot Interchange. An absolutely perfect soundtrack amplifies the sensual experience.