The following is an expanded version of an article that appears in the Winter 2011 issue of Spacing magazine. 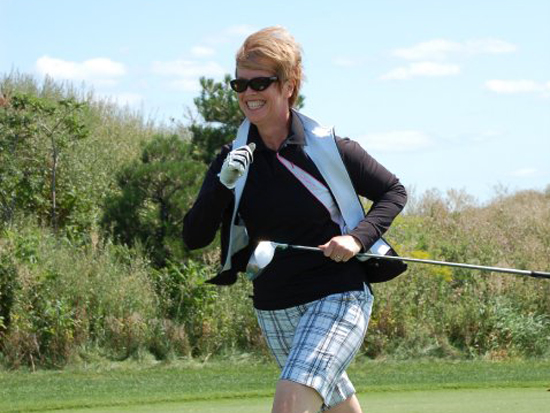 After Adam Giambrone dropped out of the mayoral race in February, 2010, Shelley Carroll waited for a call that never came.  “None of the people in my political life who I expected to call me, called.”

This was the second time that Councillor Carroll (ward 33, Don Valley East) had to make a serious decision about whether to run for mayor.  The first came just a couple of months earlier.  As soon as Mayor David Miller made his September 2009 announcement that he would not seek a third term, potential successors began organizing at an unprecedented speed.

Carroll assembled an election planning committee (“a mixture of Liberals and New Democrats, which was nice”), whose members included: Ryan Merkley, her former executive assistant, who’d been an advisor to Miller since 2008; Janet Davis, the ward 31 councillor who ended up supporting Joe Pantalone; Graham Mitchell, Davis’s executive assistant; and David Caplan, the Liberal MPP for Don Valley East and former Minister of Health who took the fall for the eHealth scandal.

But while Carroll was exploring her options, others (like Giambrone) were already lining up their money.  “There was no decision about, ‘okay, we need a progressive,'” she told me in an extended interview this past January. Instead it was about “who was going to have which Bay Street fundraiser.” Some potential candidates were requiring immediate pledges of support. “If you went and spoke with the logical people about how best to maintain the progressive [movement], they were already committed” to one candidate or another.

“People were signing on with people as early as December.  The Carpenters’ Union was signed on with Smitherman before they knew there was going to be a real progressive.”  As a result, “Your EPC [election planning committee] becomes not what resources shall we marshal, but who’s already got the resources.  You expect to have that kind of discussion in the election if you come in three or four months down the road.  No one expected to have that sort of situation within a few weeks of the mayor deciding not to run.”

Carroll gave potential supporters until January to decide. (She was dealing with her ill mother and with renovations to her home at the time.)  “In any other election in the past, that would have been fine,” she says.  But with this one, people told her they couldn’t wait .

Then there was John Laschinger.  The mastermind behind Miller’s 2003 and 2006 victories held one-on-one interviews with Carroll, Giambrone, and Pantalone in early December.  “I probably paid a price for giving honest answers,” she says. “I was quite honest: ‘the biggest thing [for me] to overcome is being part of Miller’s Executive. There’s a lot of anger out in the suburbs, and I’m gonna have to to find a way to package myself that would [establish] a distance between myself and David Miller.'”

On Tuesday, December 8th, Laschinger and several Miller backers gathered in the boardroom of Northstar Research Partners on King Street to vote by secret ballot for their preferred candidate.  Adam Giambrone came out on top, and Laschinger went to work for him.  But shortly after the collapse of Giambrone’s campaign, the Star asked Laschinger how Carroll had fared in the vote: “As I recall, and that was way back in December, she was everybody’s second choice,” he said.

The Giambrone campaign fell apart in the middle of the Winter Olympics, and Ryan Merkley — Carroll’s closest advisor — was away on a contract, running corporate communications for the City of Vancouver.  Meanwhile, she “went and talked to a few people around the EPC and said ‘I’ll think about this.’ While I was thinking about this for a couple weeks — what shocked me, what really shocked me, is — things went quiet.”

Two days after Laschinger had told the Star that Carroll was the “second choice,” he met with Pantalone. (Mayor Miller’s office, she says, “was always behind Adam, and then Joe.” Only by the spring was she hearing from other people that Miller was telling them she should run.)

Why didn’t Carroll proactively get in touch with Laschinger? Or any of the other people from whom she was waiting to hear? “I could have made a call, but I don’t have regrets for having not made a call,” she says. “If people were gonna get behind me, they’re gonna have to really want it.

“The call only came later after Lash was working for Joe. I could have made a call by then, but Rob [Ford] was in the race. I thought, I could run, I could lose, and then I’m not even in the Council Chamber, and then I’m really worried about my city.” 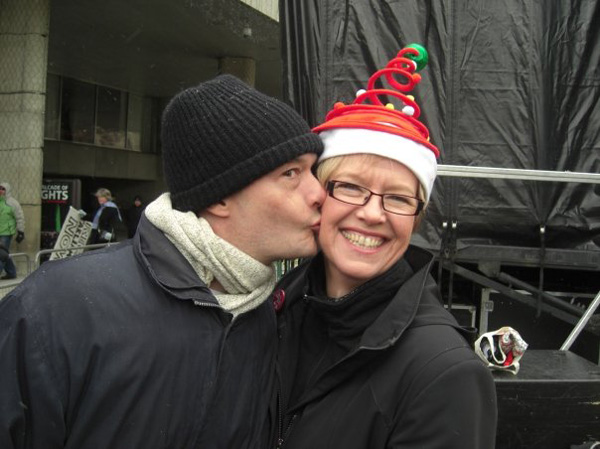 Were the Liberals pressuring her to stay out so as not to draw support from Smitherman? Apparently not. “That was a very interesting rumour.  I think it’s probably unique to Ontario: the provincial politicians have a very condescending opinion of whether municipal politicians matter….I don’t think it occurred to them to figure out ‘who should be best for us,’ and that in and of itself is a real problem.”

Organized labour also played a role in deciding who would carry the banner of the left.  “I think [Giambrone] put them in a very awkward position by saying ‘You have to decide right now. John Laschinger is going to work for me, and because you supported David [Miller] when Laschinger worked for him, you should work for me,'” Carroll explains.  But “if it’s about the city, really about the city, and not personal ambition, there really should have been a sitting down” to look at the overall landscape. That is, “There are people in it not because of progressivism, not because of Toronto, but because they want to be the mayor one day.”

The Labour Council felt Miller’s successor had to be NDP, “but the only way to maintain a progressive administration,” Carroll argues, “was to not have an NDPer. It would have taken one evening of political analysis to figure it out.”

“The one person who was willing to have that conversation about who was best for the city, who was willing to call me up, was Glen Murray,” she says. The former mayor of Winnipeg and then–CEO of the Canadian Urban Institute “knew enough that a progressive administration in City Hall was in jeopardy” but “was having trouble finding anybody to sit down and discuss it.”

They got together and made a deal: “Whoever garnered the most funds early in the game was whoever [would stay] in the game. I thought that would have been the best way to go with the incumbents: ‘I’m interested, Joe’s interested, Adam’s interested; whoever looks like they can take George and John [Tory], let’s get behind them.'”

Although Murray had spent the fall of 2009 seriously exploring the possibility of his own mayoral bid, it gradually became clear that he also didn’t possess the necessary support. On December 3rd, he removed himself from preliminary contention by announcing that he would be seeking the Liberal nomination for the by-election called to fill the seat vacated by George Smitherman. Previously, the nomination had been expected to go to Todd Ross, president of the riding association and a former Smitherman staffer  — but he withdrew himself from the nomination race on the same day.

How can we prevent the same thing from happening again, where a small group of players decides who gets to be a viable candidate? One obvious answer is a party system, with a proper primary process. “What it boils down to is a lot of people say ‘no party system.’  They never look at its benefits,” Carroll says.  “In a big-money office, there are times when having that party system lays down some rules for times like this.  That’s the sacrifice you’re making. You’re always gonna have these random, wild card mayor’s races, but we’ve chosen as a community that we want to keep it messy.”

Another option is finance reform.  Raising one and a half million dollars is difficult, and Carroll says that although Miller mortgaged his house to get the start-up cash, she wasn’t able to do the same.

“I seriously believe we have to look at the New York method of financing, which is a grant program, instead of a rebate program.”  In Toronto, contributors to campaigns are eligible for rebates that come in the form of a cheque mailed out a year or so later; donating $100 to a campaign, for example, will net a rebate of $75.

New York City, however, takes the reverse approach: individual donations are topped up by matching funds (at a very generous six-to-one ratio). This means that for every dollar given to a candidate, they can receive six more from the city for the purpose of their campaign expenses.  Unlike here, donors don’t have to front the big bucks. “If you really wants lots of women and lots of ethnically diverse candidates, and to get rid of the sell-your-soul stuff and the choice being made by elite Bay Street organizers… If you want to see that, you’ve got to move to that program.”

She adds: “I hate to speak unflatteringly of my colleagues, but despite all their bluster about cleaner elections and more diverse communities and women, I don’t think… Maybe a system where the person who decides what’s the best mode is the person already in office, isn’t the best idea.”

“In hindsight, it’s easier to say ‘why the hell didn’t you run, you see how easy it would have been.’  But when the decision was made, it was a much more crowded field.  When I was making the decision, Adam was in with the prominent Bay Street–organizer supporters.  Joe was gonna have the support of the NDP.  And George was going to have the Liberals.  By the time I announced I wasn’t gonna run, Rob was gonna have his big party.  It’s easy in hindsight, ‘Look what a bad campaign George ran.’  But in January, he had so many prominent resources that no one suspected he would run a campaign that was so weak.  That early on, he had so many people signed on to work for him that were known to run good campaigns and that we were about to see a brilliant campaign…

“In hindsight you were wondering why I didn’t run, because it all looks so easy now, but in January [2010] it was looking insurmountable.  But because it’s this million and a half, and you have to raise it up front…It sounds like I’m saying that running in Toronto is all about the money.  And I’m saying in the current system, it pretty well is.  And I’m saying we should do something about that.”

After all, “It’s all about the city.”