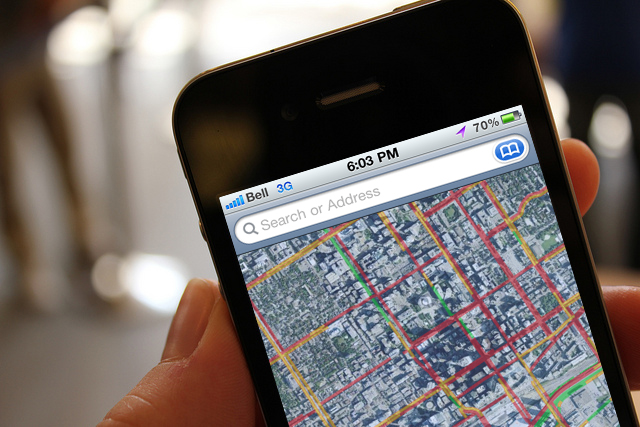 Gone are the days when (at least I imagine) a man would stand at the side of a road and manually tally the number of vehicles, or carriages that would pass. Roads are becoming more and more connected, and forming intelligent systems. These systems are fed by thousands of sources of information at any given moment, which lead to many uses including the real-time traffic feature on our GPS devices and smart phones.

On a municipal level, road sensors (usually embedded in the road) are used to provide counts of road usage. These real-time counts provide planners and the government with data which also determine whether you get an advanced green, or how long the green will be, and what the messages on digital signage alerts will be. These sensors are able to distinguish between cars, trucks, buses and bicycles. On a larger scale, the city performs a Cordon Count every five years to determine short and long term transportation plans and policy according to traffic entering the outer limits of the city, as well as the downtown core.

On a global scale, some of this government data is collected by map data providers such as Navteq, Tele Atlas, and Inrix. Navteq claims to have over 80,000 sources of data from around the world, and updates its real-time traffic maps every 60 seconds. With many different sources for data (including government and private sources, as well as “floating car data” such as personal mobile phones which are monitored through cellular networks), GPS manufacturers have had a whirlwind of providers to chose from. Google Maps (which currently comes pre-installed on iPhones) had contracts with all three of the above providers within the span of five years. It is possible that Google will eventually collect all of its own data, thereby eliminating the cost of its current providers such as Inrix. It is also rumoured that Apple (which recently bought out Placebase and Poly9) will be using its own data and eliminating Google Maps from its devices. With more and more road data readily available, mapping out real-time traffic is becoming a more streamlined process, being offered in a more precise manner, which is readily available to the public.

It does not stop there. Navteq has already started working on pedestrian-related data opportunities.  In addition, projects such as the Copenhagen Wheel – a ‘do it all’ wheel that transforms your ordinary bike into an e-bike – are lending to a new set of road data which not only offers real-time traffic data for cyclists through their smart phone, but also maps air and noise pollution, ambient temperature and humidity. There is no doubt that this data will lead to more and greater detailed maps, from which one will be able to make a much more informed decision on their route of travel.

The roads are definitely alive and initial doubts about real-time traffic data accuracy is being fine tuned into a very sophisticated system. The possibilities seem endless and no one is left unaccounted for. So on your next bike ride, or walk along a quiet road, remember that big brother is watching.