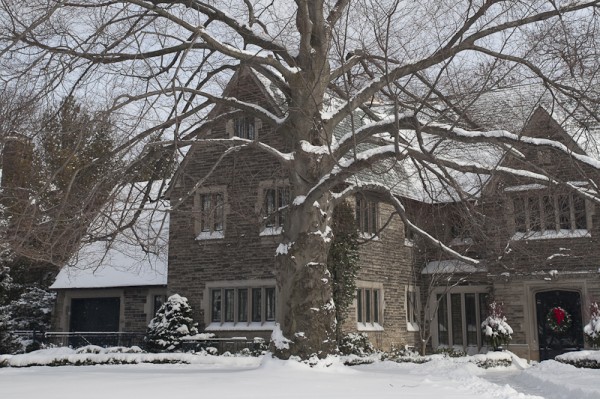 Earlier this year my consulting partner, Ian Bruce, and I had the fortune of writing the text for the 2012 Toronto Tree Portraits Calendar. The calendar is published annually by the Toronto Parks and Trees Foundation. This year’s version features magnificent photos taken by Adrian Holmes. The Toronto Parks and Trees Foundation is a non-profit, charitable organization that works with the City of Toronto and community groups to enhance and preserve Toronto’s trees and urban forest. Projects and parks they have supported in 2011 include Friends of Stanley Park, Trinity Bellwoods Park, Kew Gardens, the Thackery Park Cricket Grounds, and many others.

The calendar is a handy 7″ by 7″ square desktop design so you can look at some of Toronto’s most stunning trees while sitting at work or at home checking email. It makes a great holiday gift for the arboreal-positive people in your life. All proceeds from the sale of the calendar go directly toward the care of Toronto’s urban forest.

Calendars are $16.95 plus HST and can be purchased directly from the Toronto Parks and Trees Foundation website.

This hulking European beech has a trunk 130 cm in diameter and a dense crown of waxy-purple leaves spreading 20 meters. It’s exotic European heritage is a tell-tale sign the tree was planted by humans. It would have been chosen for its colourful leaves and stunning weeping form. The irony is that the forest cleared to build the neighbourhood would have been home to the native American beech (Fagus grandifolia), with its less showy green leaves and more familiar upright form.

Beech trees are a favourite among arborists because of their symmetrical shape, strong branching structure and the versatility and aesthetic variation of the many cultivars. Over time, its distinctively smooth, silver-grey bark becomes etched with a diary of wounds and looks strikingly like an aging elephant’s leg, its foot stubbornly planted on earth.

That this specimen has reached such a sprawling size is due to its good fortune of having lots of space, lots of sunlight and, most importantly, no root disturbance. Often the greatest threat facing mature urban trees is the decades of damage to their roots caused by digging to repair sidewalks, roadways, buried infrastructure and house foundations, and even just the turning of garden beds.