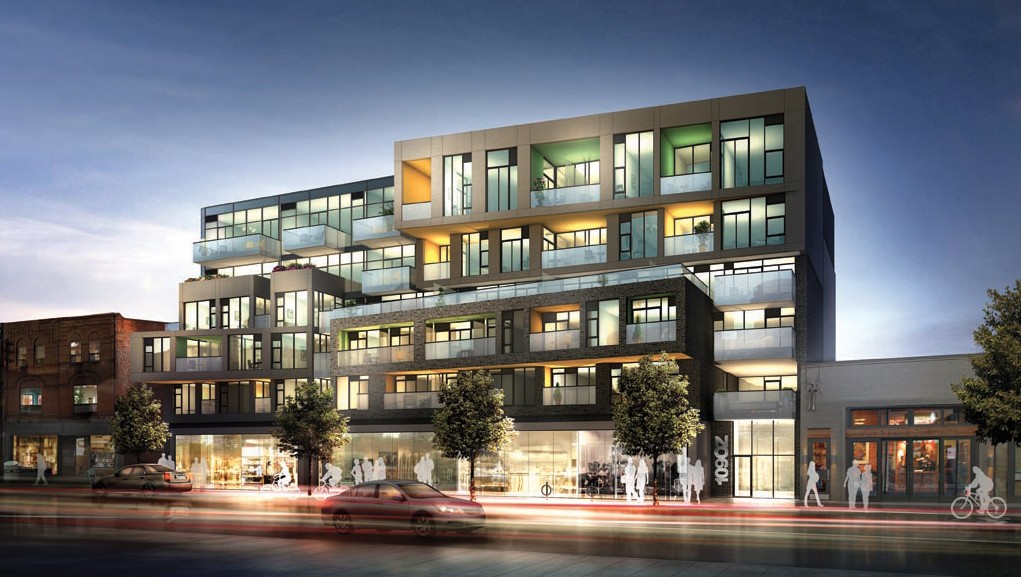 On Ossington Avenue yesterday, I saw front-end loaders turning an old warehouse into rubble and crumbs. If you’ve been following the news you may ask: Already? A public meeting last week for 109 Oz, a proposed six-storey building by RAW Design and developers Reserve Properties, generated a loud and articulate outcry from some neighbours. But this was another project, down the block – Motif, a five story complex by the same developers, approved a year ago.

In other words: The battle to prevent large developments here, on Toronto’s hottest block, is already over.

So what are we talking about when we talk about Ossington? Two things.

One: midrise. The city has made a commitment to push for more buildings of four to twelve stories. There are problems; still new midrise buildings are nowgoing up. RAW is leading the way, and their projects look very attractive and likely to improve their neighbourhoods. Good for them and their clients. We need more buildings of this scale to enhance central Toronto’s underdeveloped major streets. They bring new housing, at a level of density that is comfortable, without badly disrupting the fabric of the city. *

Number two, we are are talking about the character of neighbourhoods. The Ossington residents’ group, led by two philosophers and an actor, is very articulate. (And I hope they win in getting the building’s large retail space carved up into smaller ones.) Their planning critique, along with the usual mix of unrealistic complaints and pseudo-techincal arguments, makes this interesting point:

Ossington’s status as a destination is tightly bound with its existing vernacular built form: the tight retail rhythm not only does not detract but strengthens its desirability as a destination, and the main street character of the massing and scale of buildings is an inextricable ingredient of the “charm” that goes into making it a destination. We contend that it is the lowrise character of the strip, and the attendant sense of the relaxation of urban pressure, that makes possible Ossington’s status as a destination, as a place of mystery and possibility, as a safe-place for creative expression, an escape from quotidian banality.

I understand the desire to preserve this scene. (And also the desire for a walkable grocery store, though not a quotidian banal one, of course.)

However: This completely misses the point about this specific development. Have a look at the site of 109 Ossington (via Google Earth, around 2011): 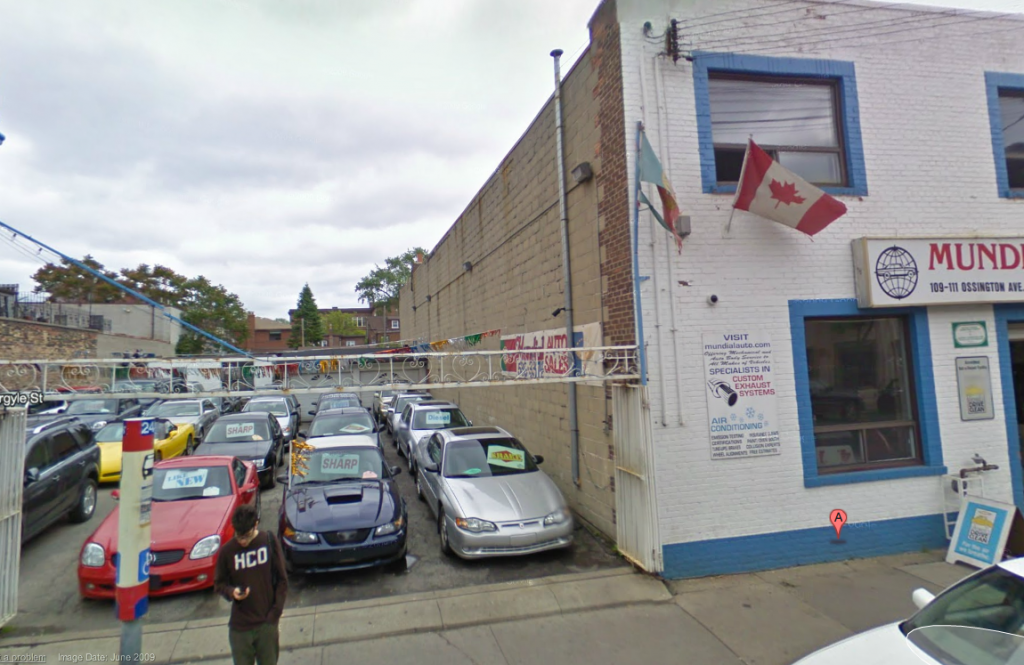 There’s a reason it is being developed: Like the other development site, at 41 Ossington, it is a large parcel of land, partly occupied by a small, low-value building. It is an inevitable target for development. It is also unusual in the area. It may set a precedent for the consolidation and development of other properties on the street, but not an easy one; other sites will have to be assembled, an expensive and protracted process.

But that garage and used car lot also puts the lie to this critique:

“Neighbourhood,” in Toronto planning jargon, means a principally residential area, largely houses, with “neighbourhood-serving” retail. Lower Ossington Avenue has always had some of that, but a self-storage facility and a car lot and garage — the former uses of the condo sites — are not part of it.

More importantly, this entire argument is the NIMBYism of new arrivals: ostensibly progressive, but sentimental and selfish. These professionals, gentrifiers of the area, are complaining about the change in their neighbourhood that will admit large numbers of aspiring downtowners. What drew them here, five or ten years ago? The Vietnamese karaoke bars? The Portuguese fishmonger? No. It was the allure of Victorian houses, scruffy but cheap – especially if there was a used car lot behind your house! – and the tequila bars, galleries, edgy restaurants. In short, the presence of Hipness.

Hipness moves on. It always has, and it always will. It cannot be regulated and it cannot be zoned. And it brings money behind it. Already the city’s working visual artists, indie musicians and young architects have moved on to Parkdale. Gallery TPW is moving. In another decade the remaining vintage clothing stores will be gone; most of the galleries probably will too. Ossington will either get busier and attract high-street retail (a la Yorkville of the 1970s and 80s) or become arty and upscale. Greenwich Village, the Marais, Shoreditch, Prenzlauer Berg.

Name one area in a prosperous city that has become creative in character and then stayed that way, impervious to financial and cultural upheaval. There isn’t one. Ossington will not be the first.

This is not a short argument (and you should see how much the “neighbours” have to say). But here is a simpler one: Cities change. Aside from the problems with Toronto’s very ad hoc planning process, there is a cultural problem when people can’t accept the reality that they are living in the middle of a vital city. Vital cities always have wrecking balls, and often people’s feelings get hurt, too.

* There is another alternative, still unexplored: cheaper, smaller-scale walkups. But that’s another story.