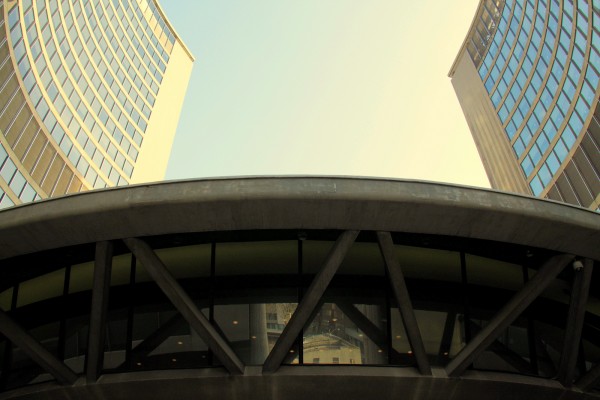 An astute observer of Mayor Rob Ford’s conflict trial posed a fascinating question to me on Friday after the Divisional Court released its ruling: If the problem was that City Council didn’t have the legal right to order Ford to repay the $3,150 in donations, why didn’t the judges tell the City to re-wind the process back to the tabling of integrity commissioner Janet Leiper’s August, 12, 2010 report?

After all, she did gather evidence indicating that Ford had improperly solicited donations from lobbyists, thereby allegedly violating three provisions of the Code of Conduct, including Article VII, “Improper Use of Influence.” As Leiper correctly observed, “People who are in positions of power and influence must make sure their private fundraising does not rely on the metaphorical ‘muscle’ of perceived or actual influence in obtaining donations.”

I don’t raise this point in an attempt to re-litigate the issue; the conflict melodrama is properly dead and buried, and the people involved in pressing it should certainly take the opportunity to reflect on what they unleashed.

But the outcome raises some very important questions about the future viability of the Code and the Integrity Commissioner, and the governance structure that the province created around this high-minded form of political regulation.

Getting back to the thought experiment about turning back the clock, I’d note the obvious: David Miller’s council opted to impose a penalty, whereas Rob Ford’s council decided to let him off the hook. If an accountability process can yield two diametrically opposed results despite a common fact base, we’ve got a problem.

The Divisional Court ruling didn’t get too far into the bloody business of laying blame when it concluded that the entire process was based on a “nullity” (i.e., that the City of Toronto Act (COTA) doesn’t give Council the latitude to impose the original fine during its August 25, 2010 meeting).

But I think it is worth considering what did and didn’t happen at the time. In her report to council, Leiper devotes almost three pages to her discussion about the appropriateness of the sanction that Council should impose. Noting Ford’s disinclination to cooperate, lack of contrition and repeat offenses, she asked, “How can Council demonstrate to the public that the City of Toronto will enforce its Code of Conduct and that Council expects its members to act with integrity?”

Good question. But instead of selecting from the a la carte menu of penalties specified in COTA and the Code itself — including, “Repayment or reimbursement of moneys received” [emphasis mine] — Leiper recommended something that wasn’t quite specified under the laws, i.e., that Ford repay out of his own pocket, even though he hadn’t received the funds in the first instance.

At the risk of sounding like a Monday morning quarterback, that was error number one. Error number two is that the City solicitor, during that August, 2010, debate, appears not to have challenged Leiper’s proposed sanction as potentially “ultra vires.” Error number three is that no one on council — including Miller, who is a talented lawyer as well as one of the authors of COTA — noted that legal glitch. The sanction felt appropriate, and so a majority of Council members voted to impose it.

In short, three levels of scrutiny failed to pick up on the fundamental procedural error identified in Friday’s judgment.

STRUCTURAL FLAWS EXPOSED IN CITY OF TORONTO ACT
Which leads me to the broader question of the system’s structural flaws, as exposed by the Divisional Court ruling. Toronto’s integrity commissioner functions as a kind of prosecutor. Council, in turn, serves as judge and jury, yet is obviously not a disinterested party to any process involving sanctions against one of their own. As noted above, the ultimate resolution of these cases depends heavily on the political orientation of Council. Yes, there have been counter-narrative examples. But in a very tough stress test of the existing system, the rivets didn’t hold.

Problem is, the Code and COTA’s integrity commissioner rules were ostensibly about ensuring accountability among elected officials in a non-partisan fashion. But the current structure is highly vulnerable to partisanship, and therefore the outcomes are rendered almost meaningless. One day a sinner, next day a saint.

Interestingly, this precise problem used to dog the process for dealing with compliance audit requests filed under the Municipal Elections Act (MEA). Voters could file complaints and a council’s compliance audit committee (which is comprised of experts, not politicians) might recommend an investigation, based on the evidence presented. But the ultimate decision to proceed lay with council, and sometimes councils would block those investigations for obvious political reasons.

That, in fact, is precisely what happened with former Hamilton mayor Larry Di Ianni, who had been accused of accepting improper donations in his 2003 campaign. The complainant was stonewalled by Di Ianni’s council and had to go to court to force the the City to order an audit. The investigation confirmed the problem. The mayor eventually plead guilty and lost the next election.

In the wake of the Di Ianni case, the Ontario legislature made a subtle change to the MEA meant to depoliticize the process somewhat. As of 2009, compliance audit committees no longer have to seek council approval to order an investigation.

It seems to me that Queen’s Park needs to make a similar reform to the Code of Conduct/integrity commissioner system established under COTA. It might work like this: The Integrity Commissioner would report to a special Council-appointed committee of retired judges or mediators who can use their legal expertise to determine whether a Code of Conduct sanction is warranted, whether the Commissioner’s recommended penalty is appropriate and legally defensible, and also whether the original complaint was vexatious.

As with the compliance audit committee, this subcommittee should hold quasi-judicial hearings, allowing councillors a chance to respond to allegations against them without worrying about whether they’ve breached the conflict of interest law. Lastly, the rulings should have the force of law and be subject to appeal.

Point is, if the City and the Province believe there’s value in enforcing a councillor Code of Conduct outside the normal electoral process (some would say the ballot box is the still the best accountability mechanism), the system for prosecuting alleged violations needs to be as robust and impartial as possible; after all, we are talking about people’s reputations here. As it stands in the wake of the Ford conflict mess, the existing edifice is nothing more than a Potemkin Village.