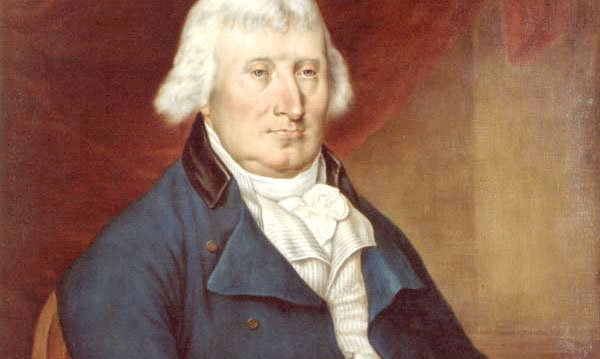 In 1796, John Graves Simcoe got sick. Just three years earlier, he had founded Toronto as the first Lieutenant Governor of Upper Canada. But now, he was forced to retreat home to England with his family, never to return. In his absence, he left Peter Russell in charge, one of the city’s most illustrious jerks.

Russell had been born in Ireland, moved to England, and went to school at Cambridge for all of six months before he lost so much money playing poker that he was forced to drop out and join the army. He kept right on gambling, though. His next twenty years were spent traveling around the world: sometimes he was fighting British wars; sometimes he was running away from the people he owed money to. When his creditors finally did catch up with him, he even spent some time in prison.

None of that seems to have kept him from making a good impression on Simcoe. They both fought for the British during the American Revolution and when Simcoe was put in charge of the brand new Canadian province, he invited the desperate, debt-ridden Russell to help run it. The compulsive gambler became our very first Receiver- and Auditor-General, in charge of financial accountability for the province.

In return, he got a lot of free land. His first house, Russell Abbey, was built on a spot in town overlooking the lake (near Front and Princess, where Abbey Lane is now). His second home was at his farm, Petersfield (a long strip of land running north from Queen to Bloor just west of the Grange). On top of that, he was given hundreds of acres on the hill above Davenport (around where the not-so-coincidentally-named Russell Hill Road runs today).

And he’d get more. Once Simcoe was gone, Russell found new ways of taking advantage. Despite his complete lack of legal experience, he appointed himself as a judge so he could collect the salary. He discovered a law allowing him to seize land from foreigners who hadn’t lived in town for at least seven years — he used it to grab more land for himself. To his friends and political allies, he granted as much land as he was legally allowed to — and then granted them even more by using the names of their wives and their children. He even granted land directly to himself. Some townspeople would lampoon him with the saying, “I, Peter Russell, grant to you, Peter Russell,” while others joked, “He’s called the Receiver-General because he’s generally receiving.”

His greatest accomplishment was the expansion of public infrastructure, but even that was a shady business. Russell wanted to make improvements, but he didn’t want to pay for them. He was notoriously cheap. He was the one who commissioned the building of the city’s first jail — a log hut on King Street where the King Edward Hotel is now — but he didn’t bother to include any beds or blankets or stoves to keep it warm during the winter. On more than one occasion, he just plain refused to pay for work altogether. When he hired Asa Danforth to spend months in the woods building a road toward Kingston, Danforth’s men never got the land they’d been promised in return. And when William Berczy’s German immigrants built Yonge Street, they didn’t get all of the land they’d been promised either.

Russell figured he was the real hero. He assumed the Danforth road would earn him a place in history. “I expect the Gratitude of the People will erect a Statue to my memory for it,” he wrote. It wasn’t his only moment of self-aggrandizement. There was the name of Russell Abbey and of Petersfield and when he extended the town west out toward his farm, the road there became known as Peter Street. He also named Bedford Road after the famous Duke of Bedford, a man Russell dubiously claimed to be related to.

But that’s nothing compared to the most important reason he stands apart from nearly all of the other corrupt, pompous, self-serving politicians in Toronto’s history: Peter Russell owned slaves.

Simcoe had wanted to abolish slavery right from the very beginning, but slave owners in the legislature —including, it seems, Russell — fought against it. In the end, they forced a compromise: they could keep the slaves they already had, but it would be illegal to bring any more into the province and the children would be freed when they turned 25. It was the first legislation in the history of the British Empire to actively limit slavery, but thanks to Russell and his allies, the law was watered-down.

At first, there were about fifteen slaves living in York (though there were ten more just outside town); the majority owned by Russell and his fellow corrupt administrator, William Jarvis. Russell paid wages to a free man, Mr. Pompadour, but enslaved his wife Peggy and their children: Jupiter, Amy and Milly. Russell and his sister, Elizabeth, weren’t happy with them — the Pompadours put up a fight. The Russells complained about them for years; called them “dirty,” “idle,” “insolent” and “pilfering”. As part of her resistance, Peggy would disappear for stretches of time. In response, Russell had her sent to prison for a while, Elizabeth refused to let her back into the house, and Russell finally tried to split the family up.

He placed this ad in the Upper Canada Gazette:

Russell spent years trying to find a buyer, but he never did. Meanwhile, that ad helped to erode his reputation even further.

Russell fully expected to be promoted to Lieutenant Governor when Simcoe officially resigned. But when the day finally came, he was passed over for the promotion and lost most of his power. A few years later, when he was overlooked for a second time, he was angry enough to announce that he was moving back to England.

But there was a problem. By then, he had managed to amass a stunning amount of land in Upper Canada — as much as 75,000 acres according to some estimates. It was so much that he couldn’t find anyone willing to buy it. So he was stuck here. He lived out his final years as an old man in the town he was desperate to leave. Finally, in 1808, he had a stroke. The cure — a mustard plaster and a quart of wine laced with crushed deer antler — didn’t work. He died at the age of 75.

Ironically, his land would eventually help to undo his own legacy. The estate was passed down to his sister and then to their family friends, the Baldwins. Russell Abbey would eventually go on to become home to people Russell never would have approved of — a Catholic bishop, a Black shoemaker — but no one as famous as the Baldwins’ young son. He was just a toddler when Russell died, but he would grow up to become one of the most passionate champions of democracy in Canadian history, leading the battle for Responsible Government. Backed by the riches of Peter Russell’s estate, Robert Baldwin would help to bring an end to the unchecked power of the Family Compact — the corrupt ruling class that Peter Russell had helped to create.