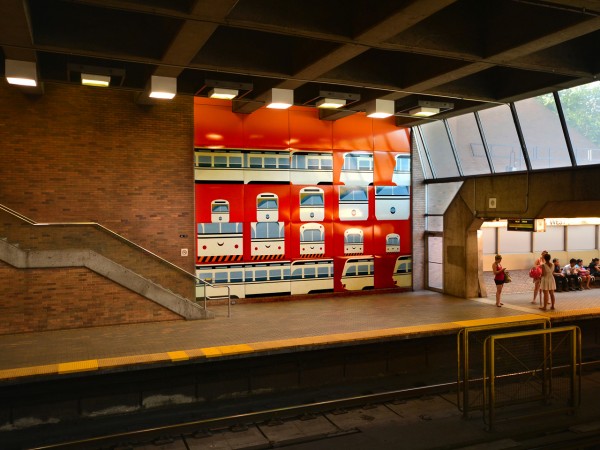 A defining characteristic of many great cities is their subway system (or metro/underground), and the primary points of contact for those using the system are its stations. From the earliest stations in the London Underground, the Paris Metro and the New York Subway to the recent creations of Santiago Calatrava, Norman Foster and Renzo Piano, a city’s subway stations are important elements of civic identity and pride for both residents and visitors.

Toronto’s relationship with its subway stations has been decidedly mixed since the system’s opening in 1954. The early stations on the Yonge, University and Bloor-Danforth lines, based on standardized designs by John B. Parkin Associates, were intended to be functional: clean-lined, durable and efficient. But by the late 1960s, despite increasingly lurid combinations of coloured wall tiles, Toronto’s stations began to seem overly utilitarian and sterile, particularly compared to the avant-garde stations of Montreal’s new Metro. 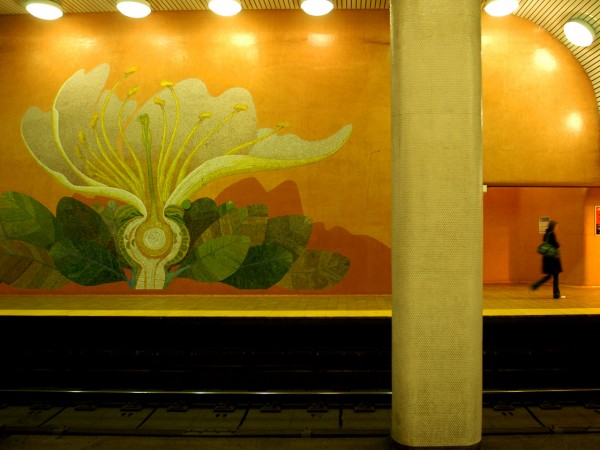 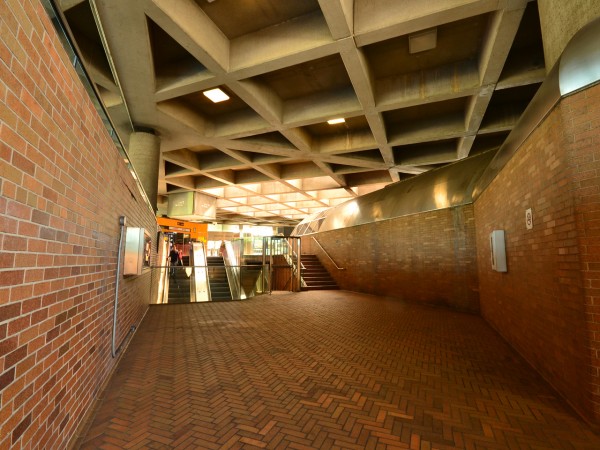 Viewed from Eglinton Avenue, Arthur Erickson’s Eglinton West station appears as an octagonal glass-walled pavilion, topped with a concrete waffle-slab roof and pyramidal skylights. Once inside, though, a series of terraced staircases descend through the station to platform level, which features Gerald Zeldin’s well-loved Summertime Streetcar murals of abstracted TTC streetcars. The station’s refined details and limited materials palette of concrete, glass, stainless steel and variegated orange brick contribute to a visual serenity that counters the clamour of trains, buses and people. 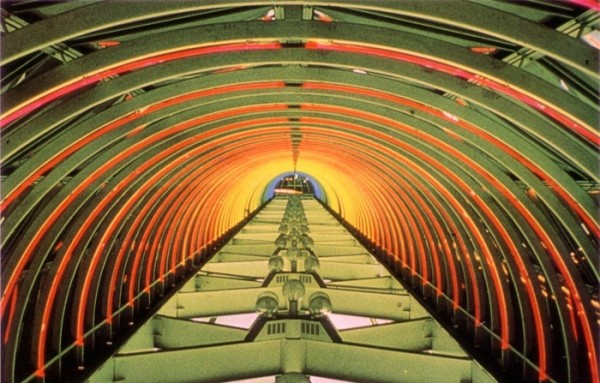 Yorkdale station, also by Erickson, is a striking visual metaphor for speed and motion, a long, slim, stainless-steel-clad extrusion punched with oval windows like a subway car and capped by a vaulted glass roof running the entire length of the station. The slender steel roof arches once supported Michael Hayden’s stunning Arc en Ciel, a 570-foot-long light sculpture of neon tubes that pulsated with the colours of the spectrum in sequence with the arrivals and departures of the trains below. A particularly effective integration of art and architecture, the sculpture was unfortunately removed in the early 1990s for lack of maintenance funds. The same fate befell Rita Letendre’s Joy, a painted-glass skylight over the Glencairn station platform, which faded from sun exposure and was replaced by clear glass. 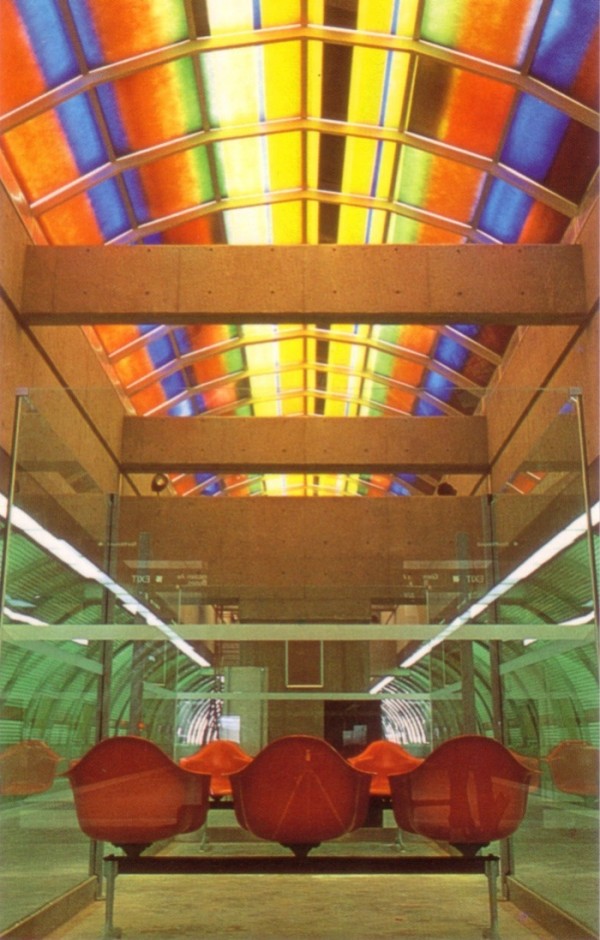 Above: Glencairn station when it opened; Below: Yorkdale station platform today 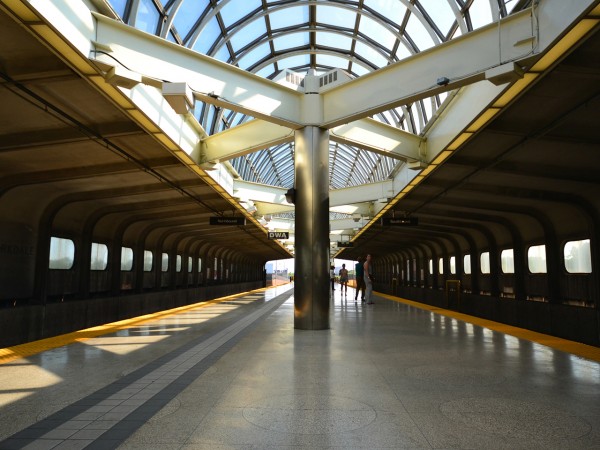 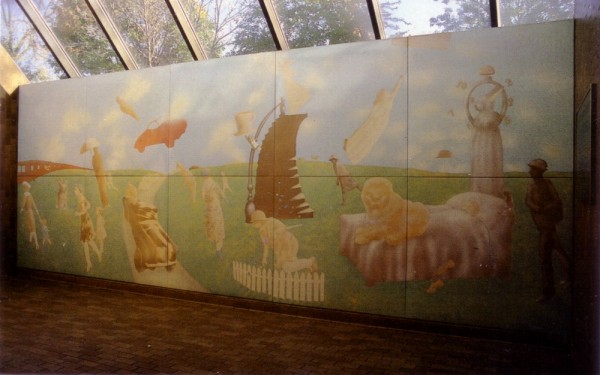 Above and Below: Spadina station on University-Spadina line 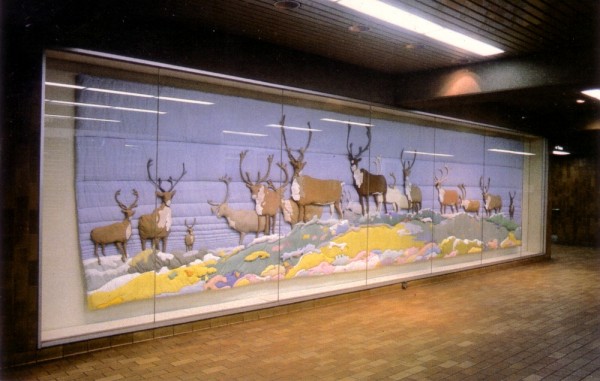 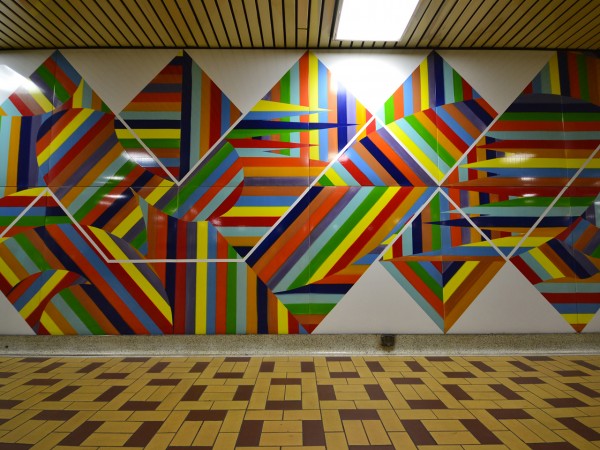 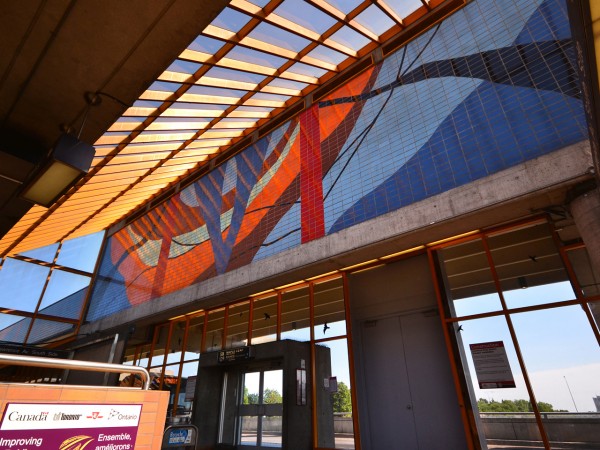 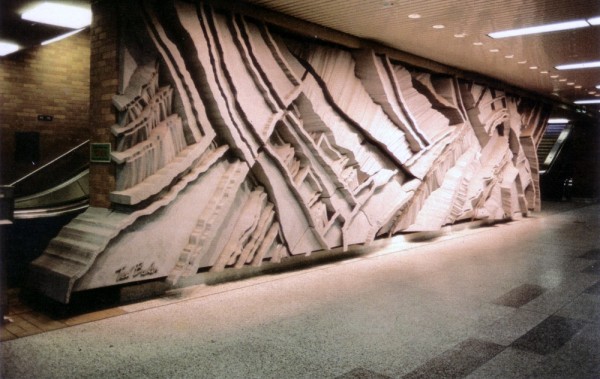