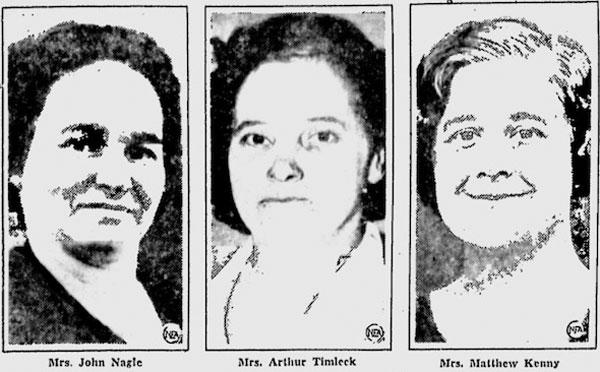 It all started on Halloween in 1926. That’s the day Charles Vance Millar died. He was a rich Toronto lawyer and financier — best known for modernizing a stagecoach company out West, replacing horses with automobiles. He amassed quite an impressive fortune during his life, but he never got married or had any kids. So when he climbed a set of stairs that Halloween and it proved to be too much for his 73 year-old heart, there was no one to inherit his fortune. He left no close relatives behind.

What he did leave behind was a bizarre Last Will and Testament. Millar had always loved practical jokes, so he found a way of turning his death into the biggest prank of all.

To seven Protestant ministers who supported prohibition, Millar left hundreds of thousands of dollars in O’Keefe brewery stock. He also gave some to every Orange Lodge in Toronto — leaving the Catholic-hating Orangemen with an investment in the Catholic O’Keefes. To some of Ontario’s most ardent opponents of horse racing, he left memberships in the Ontario Jockey Club. And to three local lawyers who absolutely despised each other, Millar left a shared vacation home in Jamaica.

But that was nothing compared to the strangest and most controversial clause: Millar declared that the rest of his fortune would be left to the woman in Toronto who gave birth to the most children over the course of the next ten years.

And so began the Great Toronto Stork Derby.

No one seems to be entirely sure what Millar was thinking. Some say his final prank was meant as a satirical comment on the provincial law banning birth control. Or on the absurdity of a judicial system that would uphold such a ridiculous will. One newspaper pointed out that he was “a bachelor almost to the point of being a misogynist.” Others wondered if he just wanted to show how far people were willing to go for money.

His will only gave a vague explanation:

“This Will is necessarily uncommon and capricious because I have no dependents or near relations and no duty rests upon me to leave any property at my death and what I do leave is proof of my folly in gathering and retaining more than I required in my lifetime.”

At first, people had trouble believing it was even real. When Millar’s old law partner found the will, he assumed it was a joke, not a legal document. When it became clear that Millar was serious, many people were outraged. Millar’s distant relatives launched legal challenges. TIME Magazine worried the prize might be won by “mental defectives” or by immigrants. The provincial government called the Stork Derby “a fiasco”, “a racket” and “the most revolting and disgusting exhibition ever put on in a civilized country.” (This is the same provincial government who had recently taken the Dionne Quintuplets away from their family to be raised as a tourist attraction.) They tried to pass legislation against the contest and failed. Millar had been a good lawyer; the will he wrote was airtight. One legal challenge after another was defeated. Even the Supreme Court of Canada ruled the Stork Derby was valid.

In fact, the contest was picking up steam. Millar died in the middle of the Roaring Twenties, those prosperous days of flappers and jazz. But just a few years later, the stock market crashed. By the time the contest was finally drawing to a close, Toronto was in the grips of the Great Depression. Poverty was everywhere. The prize money meant more than ever.

Meanwhile, the Millar estate kept making money. While most people’s investments were going up in smoke, his were still paying off. A $2 stake in a proposed tunnel between Detroit and Windsor turned into hundreds of thousands of dollars when the tunnel opened in 1930. By the time the Derby deadline arrived, Millar’s estate was worth nearly a million dollars.

As the contest drew to a close, some of Toronto’s most fertile women came forward to make their claims. That sparked even more controversy and intolerance. Many of the mothers were from poverty-stricken families. Some had risked their lives giving birth to their children. Others had seen them die as infants — and were disqualified because of it. (TIME even claimed a Stork Derby baby was killed by rats.) One woman, Grace Bagnato, was disqualified because her husband was an undocumented Italian immigrant. (She was also an important pioneer of Torontonian multiculturalism who could speak seven languages; she has her own historical plaque in Little Italy.) Another mother was disqualified because five of her ten children were conceived out of wedlock — the law discriminated against “illegitimate” children.

In the end, after more than a year spent sorting it out, the prize money was split evenly between four mothers. Their children were all “legitimate”, properly registered and still alive. Annie Smith, Alice Timleck, Kathleen Nagle and Isobel MacLean had all given birth to nine babies in ten years. Each mother was awarded $125,000. Two more settled out of court for smaller amounts. The money was, according to later accounts, invested wisely in businesses and in securities and in homes and in cars. The mothers and their families retreated from public view. The controversy and excitement faded. Procreation went back to being the dreary, ho-hum task it has always been…

That is, at least, until 1945. Thomas Foster had been Mayor of Toronto when the Stork Derby began and he thought it was a great idea — so when he died at the age of 93, the whole thing started all over again.