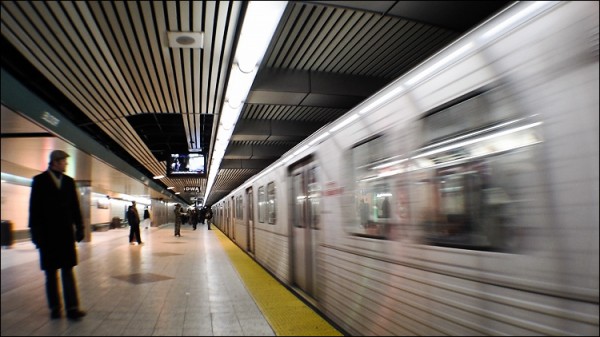 Ever the shrewd tactician, Prime Minsiter Stephen Harper delivered one heck of a chess move yesterday when he and finance minister Jim Flaherty announced the Conservative government’s $660 million contribution to the Scarborough subway.

There’s little doubt that this long-awaited federal contribution marks a check mate move for Mayor Rob Ford. Barring a criminal charge relating to Project Traveller, he will walk away with next year’s race, having delivered — as he will repeatedly tell voters — the centre piece plank in his 2010 platform.

None of this matters.

What matters is that the public will perceive Ford to have been the author of a subway deal worth almost $3 billion. Stintz can tweet and correct and debate the mayor until she’s blue in the face. But he will easily deflect the dutiful fact-checking in the press and from his rivals. And truth be told, he can justifiably lay claim to his boast because he, unlike Stintz, never waivered in his commitment to subways, subways, subways. And so it was that Mr. Gravy Fighter brought home the bacon.

First, and with apologies to chief planner Jennifer Keesmaat, we must dispense with the fantasy that the decision-making process around transit will ever again be driven by technical, financial, planning or consultative considerations.

For the foreseeable future, major transit investment moves in Toronto will be entirely determined by council and its electoral politics, and by the narrative that Ford has provided, which is that we should settle for nothing less than subways — cost, efficacy, and planning considerations be damned.

Second, I predict yesterday’s deal won’t end the debate about rapid transit in Scarborough; rather, Ford will be emboldened by the outcome and resurrect his pledge to put a subway along the rest of Sheppard East instead of that lousy, car-hating LRT. After all, there’s going to be a subway stop up there, folks, why not connect to a subway? It wouldn’t surprise me a bit if a Sheppard subway became the transit centerpiece of his 2014 platform.

Third, Ford has successfully forced everyone — left, right and centre — to play with his football, by his rules. Do you think his campaign team will forget that the leftist likes of Mihevc and Fletcher voted for a subway? No chance. And Olivia Chow? She tweeted wanly yesterday that the fed’s contribution is “a step in the right direction.” So she’s onside (sports metaphor taken advisedly), to the extent that she’s even in this discussion (which she’s not). The provincial Liberals have played their hand. And we know where Tim Hudak stands.

In other words, with the few remaining political proponents of LRTs hiding in the mountains, no one is left to defend the Sheppard and Finch LRTs, and the promise of an extended suburban rapid transit network for the City of Toronto.

Fourth, it’s important to recognize that there will be one notably perverse exception to the foregoing, which is the [Insert Euphemism Here] Relief Line. I do admire Josh Matlow’s advocacy on this front. But Ford will never take up the DRL cause because (i) he doesn’t get the purpose of said extension; and (ii) because the project doesn’t butter his bread, electorally speaking. I’m guessing it will be years before someone with the mayor’s block-headed tenacity emerges to champion a line with a politically inconvenient name and an eye-bulging price tag.

In fact, the sheer heft of the relief line will allow marginally useful yet politically supported subway projects — extensions in the west end to Sherway Gardens or up Yonge to Richmond Hill – to continue to elbow their way to the front of the line, just exactly as the Scarborough subway project did. Indeed, because we no longer care, at any level of government, about subjecting our transit investment choices to a rational policy framework, the most crucial project in the GTA will always lose out in the funding lottery because it has the most diffuse constituency and the most conceptually complicated purpose.

With yesterday’s development, in fact, I’d say I don’t see the DRL getting built for decades, by which time our relentlessly two-dimensional subway network will have been thoroughly and irreversibly overwhelmed, with all the associated traffic chaos and business exodus.

But look on the bright side: at least we’ll be able to get to Scarborough Town cCentre without having to switch trains. Thank Ford for small mercies.