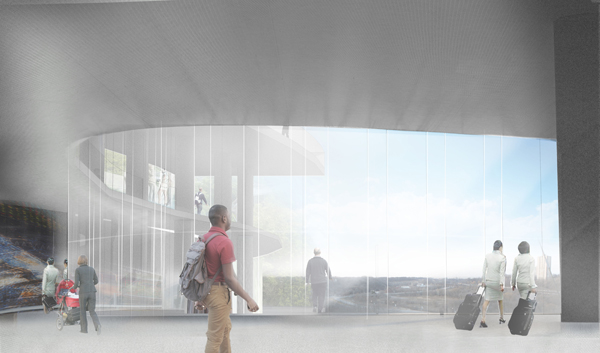 Editor’s note: This is the fourth post in a series by students at the John H. Daniels Faculty of Architecture, Landscape, and Design. Each piece features an idea for an architectural intervention that would to better connect Torontonians with their ravine system. The designs in this series were created as part of Professor Brigitte Shim’s Thesis Research Option Studio or final Thesis Studio. The work and text in this post is by Jason van der Burg whose bio you can find below.

The relationship between Toronto and its ravines defines the genesis of the city’s legacy of human history and environmental development, yet the public realm at Castle Frank, an urban peninsula located at the geographic hinge of vibrant neighbourhoods, does not engage with its spectacular site or the city. The site remains stranded and bifurcated by the very infrastructures that once attempted to stitch together Toronto’s urban edges.

This design proposes a new type of public infrastructure for the Castle Frank site — one that is not about the singular act of connecting two disparate parts, but about the comprehensive connectivity of a larger network. A new intermodal transit station and the “Don Valley Gateway” unify the multiple natures of the site – city and ravine, infrastructure and ecology – to create a dynamic, transformative visitor experience. 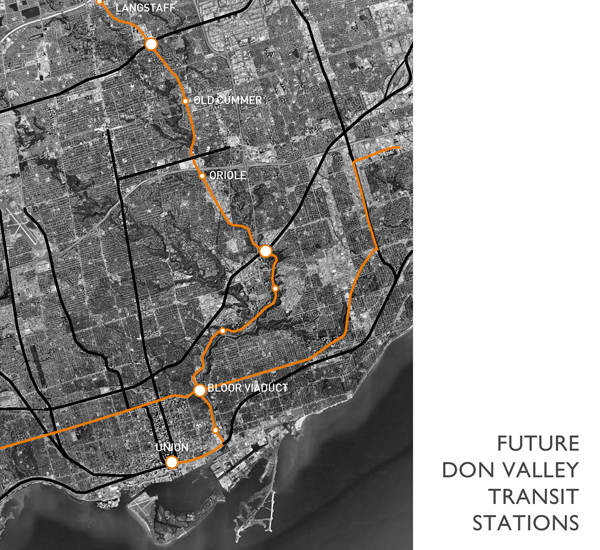 The Ravine Gateway becomes the centre point of a new pedestrian promenade, a wandering carpet that connects the city to the ravine and ravine to river. 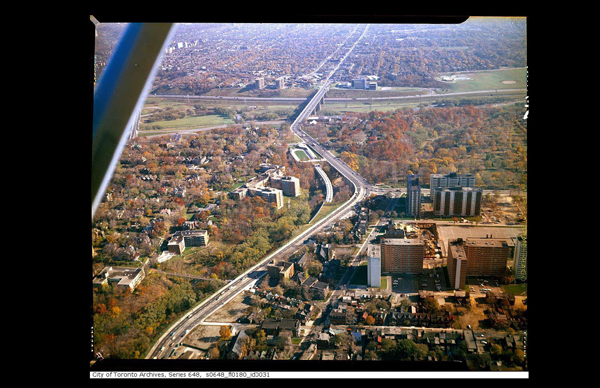 The project assumes a rethinking of how the Don Valley is to be occupied in the near future, and with this, assumes a reinterpretation of how the edge, between ravine and city, should be treated. Along with erasing and moving redundant infrastructure like the Bayview Extension, this plan reworks, uncovers, replants, reroutes, and restitches parts of the Don Valley as we currently know it, so it can be reintegrated into the city that lies next to it. 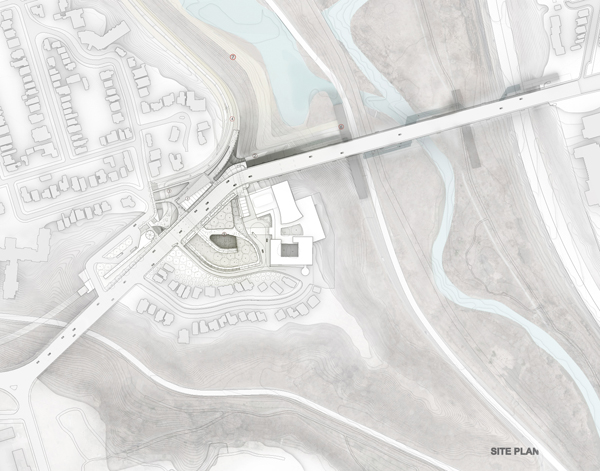 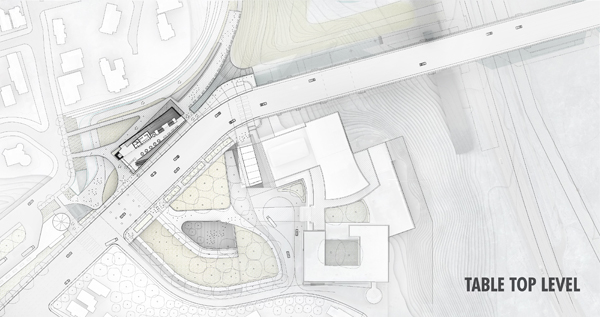 The reconfigured subway station becomes the catalyst for public engagement of the edge. This station anticipates a dense public territory in the future, one that can accommodate many competing conditions.

The gateway, simultaneously a portal through a physical threshold and iconic structure which accommodates the public coming in and going out. It is both a viewing platform, and a multiplied ground which can take on many meanings and provide the function of organising physical space.

The Exhibition Hall is the urban equivalent to the ravine. A transition space for multiple programs, one which can collect, disperse, inform, and provide resources for community, visitors, and commuters. 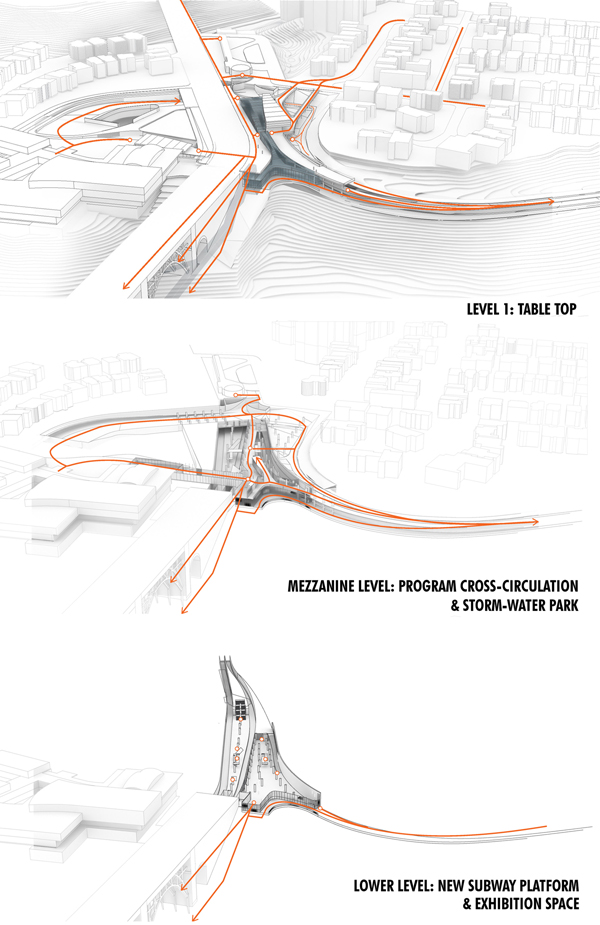 In order to negotiate across, over, and under spaces in this new infrastructure, the exterior path system is coupled with a topography that is recalibrated to direct, collect, and disperse water and runoff material, making the process visible to visitors and providing an alternate path to the degrading ones which already exist. 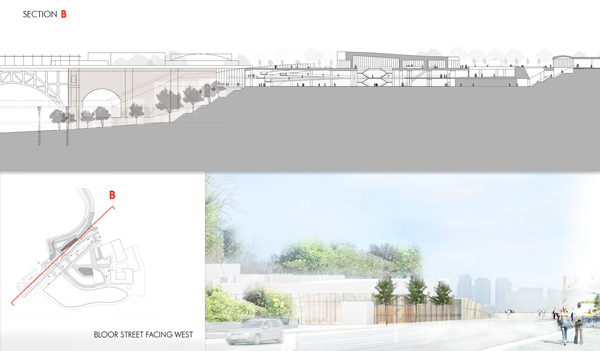 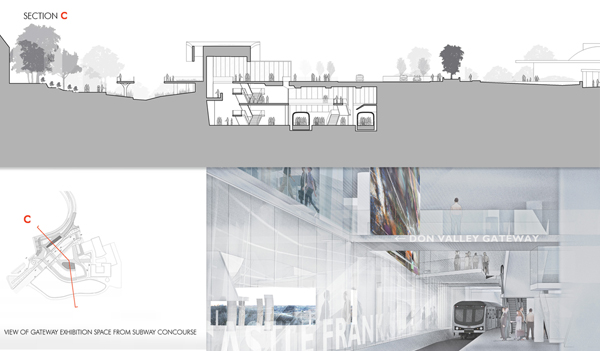 The promenade here is a formal, continuous, and accessible route through the Gateway Station and to the ravine beyond. 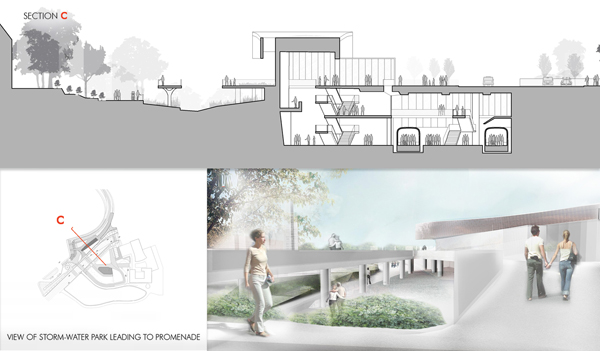 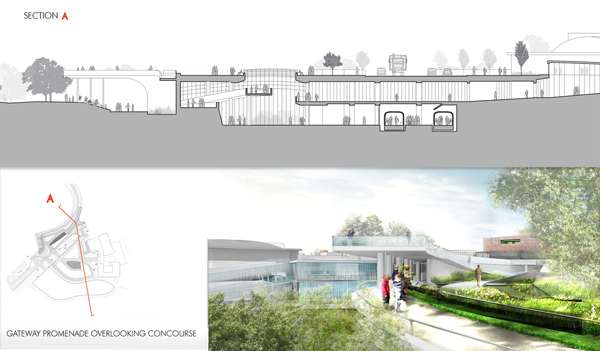 The project works extensively to create a new physical connection and experience of the valley, while at the same time improving and enhancing public transportation networks that run through the site. The project becomes a major interchange for the movement of people and ideas for the future of our city.

Jason van der Burg is a graduate of the Daniels Faculty of Architecture, Landscape, and Design at the University of Toronto who is interested in revaluating large urban public spaces in the context of architecture and environmental design. His thesis looks at the future of public infrastructure at the city’s edges. He suggests that connective, accessible and dynamic urbanism can be addressed by readjusting Toronto’s relationship to major physical networks like ravines. Daniels Facutly member, Professor Brigitte Shim was his thesis advisor for his Thesis Research Option Studio in the Winter of 2013 and his Thesis Advisor in the Fall 2013.