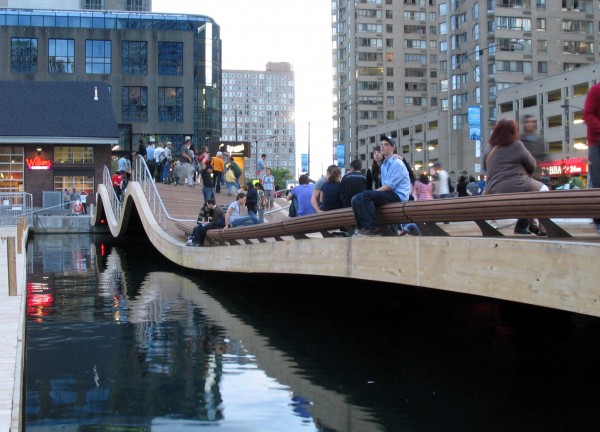 What public space improvements have you contributed to that you’re most proud of?

I’ve had the good fortune to work as an architect in support of some very creative not for profit organizations over an extended period of time, and that has included opportunities in the design of projects such as the Artscape Wychwood Barns (Evergreen Brickworks (with with Toronto Artscape, Evergreen) and the L’Arche Dayspring Chapel (with L’Arche, a publicly accessible building on private lands).

I’ve also been proud to have been involved in the now 25 year evolution and execution of a plan to revitalize the south-east corner of the downtown of our city, initially known as Ataratiri and now known as the West Don Lands, including ongoing work to assist the Province and Waterfront Toronto in coordinating the delivery of the Pan Am Athletes Village, slated for occupancy in 2015.

Since joining DTAH in 2006, experience with Waterfront Toronto now also includes the ongoing delivery of a revitalized Central Waterfront, including Queens Quay, a great new tree-lined transit street, multiuse trail and promenade, and the extension of the public realm and the water’s edge promenade through the East Bayfront, with all work completed in joint venture with our design team partner, West 8, from Rotterdam.

These projects have all involved the very committed efforts of large numbers of people, over an extended period of time, directed towards the creation of a special public place within our city and region. It is a great privilege to have been part of collective efforts such as this.

I’m also proud of working with a great group of TSA (Toronto Society of Architects) volunteers in the production and publication of the TSA Guide Map – Toronto Architecture 1953-2003 – a 50 year review of significant contemporary architectural development in Toronto. It remains I think, (biased as I am), a very good overview of contemporary architecture history in Toronto and region over the last half of the 2oth century.

At both a macro and a micro city wide scale, there are a number of great efforts underway to improve public spaces across the city. This happens at both an organized and politically formal scale, as well as an informal, local neighbourhood scale.

I support the metaphor of thinking about the public spaces of our city as their ‘lungs’. They allow us to live and breathe together, and their quality and character will go a long way in determining our success as a revitalized, intensified city. This includes a city’s most essential and perhaps important ingredient, the street. The revitalization of our most important streets to encompass a greater diversity of use while becoming more beautiful in the process, is a key challenge that we have only just begun to address. (The completed revitalization of Queens Quay will be another key milestone in this objective.)

I really support, and further encourage, the ongoing evolution and development of regional and city wide trail systems, (e.g. the Belt Line Trail, the West Rail Path, Lower Don Trail), that can grow to encompass walking, biking, recreation and transit where possible, while creating a great diversity of public space, improving connectivity, and encouraging and physically supporting healthy active lifestyles. I wonder how the further development of these types of connections across our region might particularly benefit those parts of our city, like the inner suburbs, currently underserviced by adequate and efficient forms of public transit? (See link to Atlanta Belt Line following as an inspiring example of this potential.) Of course, in our city we have an incredible ravine network that forms an integral and unique aspect of this potential.

I also think we need to focus more on the particular areas of the city currently undergoing intense form of development pressure, (across the various and very diverse parts of our city), and find better ways to discuss and explore how and where the development of more public space, of more variety, (whether on public or private lands), is integrated into the development process, to ensure the ongoing sustainability of these renewed and substantially intensified neighbourhoods.

We are in a period of revitalization and rapid intensification in our city and region, and the development and integration of beautiful, functional, and diverse forms of public spaces, will hold the key to whether these places remain successful and desirable communities for years to come. I am encouraged by many things, including the increasing, (though slowly), influence of public health considerations on the character and evolution of our public spaces.

This seems a very large question with too many good answers. And the evolution of public space continues with great new examples emerging across the developing world all the time. I am particularly interested in how cities across the world deal with their industrial legacy as they lose those original jobs and need to find ways to bring new economic activity to those areas of the city. This is relevant to the ongoing evolution of our waterfront, but also relates to many other parts of our city. Some links of potential interest, in this regard include:

What advice do you have for young people hoping to shape and transform public spaces?

The nature of ‘public space’ is ever evolving and there are many ways in which to engage with, program, design, influence, create and support public space. I do not get the impression that young people today need much advice about the importance of public space, both physical and digital, and the many ways in which they already have influenced and will continue to influence its evolution in our city, at both a region wide and very local scale. Progress can sometimes take a long time to take physical shape when city building, but vision can survive with persistence. (Patience is sometimes also helpful.) 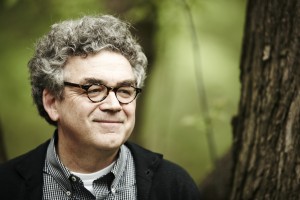 Joe is an architect with a particular interest in urban design, adaptive reuse and the non-profit sector. In 2006, he joined DTAH as a partner with the merger of his own practice, and in the same year he received an urban leadership award from the Canadian Urban Institute and became a fellow of the Royal Architectural Institute of Canada. In 2012 he received a Lifetime Achievement Award from Sustainable Buildings Canada. Volunteer efforts include serving as, past chair of the Toronto Society of Architects, as a current member of the City of Toronto Design Review Panel and serving on the Board of Directors for ArtsBuild Ontario.