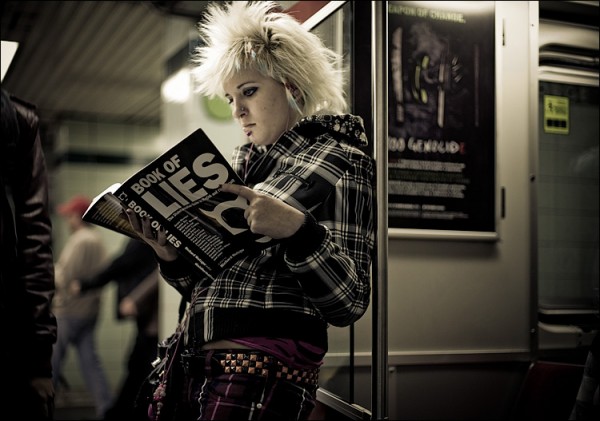 According to all the polls and the pundits, transit has become the top-of-mind issue in this year’s municipal election, and the candidates are all talking about it.     The voters’ concern, moreover, mirrors demonstrable problems in our transportation network: traffic is terrible, development has outpaced expansion, and ridership growth is overwhelming service capacity. In short, the politics aligns with reality.

I’m not so sure. Indeed, I’m increasingly convinced that this city, as a political entity, has completely lost the capacity to deal with transit in an even vaguely intelligent fashion. There’s way too much foreplay and far too little follow-through. And this regrettable feature of our political culture – which, as Ed Levy has shown, is long in evidence — has become much worse during this campaign.

Consider these two pieces of evidence….

Exhibit A: On the day after Mayor Rob Ford unveiled his hallucinatory subway scheme, the Toronto Star ran a graphic that superimposed all four leading candidates’ respective plans onto a single, interactive map. I don’t mean to criticize the Star’s graphics department, but the image perfectly symbolizes the insanity of this election’s transit debate.

We are most assuredly not having one of those robust, the-truth-will-emerge discourses beloved of orthodox (small-l) liberals. Rather, we are having the sort of debate that is coating the electorate in a sticky, opaque goo of confusion. It is a debate chock-a-block with timorous euphemisms, fantastical financing schemes and a surreal tangle of coloured lines that makes me feel like someone dropped a tab of acid in my morning coffee.

Ford’s scheme requires no further comment. John Tory’s Smart Track plan remarkably depends on the feds to put up no less than four times the amount of funding that the Harper Tories reluctantly committed to the Sheppard LRT and subsequently shifted to the subway scheme as a favour to Jim Flaherty’s buddy Rob.

Olivia Chow, meanwhile, is pledging to borrow “up to” $1 billion as a way to incent Ottawa and Queen’s Park to underwrite the [insert euphemism here] relief line. I’m not seeing how proposing to go deeper into debt is a viable way of showing you’ve got skin in the game. David Soknacki’s platform is the only one that simply states that the city should do what it committed contractually to doing back in the fall of 2012. And for his forthrightness, he’s stuck in single-digit limbo.

Exhibit B: On Friday, the Pembina Institute released an insightful but dispiriting report that quantifies the repercussions of 20, but actually 30, years of buck-passing and re-litigating on the transit file. The report’s centerpiece of is a table revealing that Toronto’s use and dependence on transit is basically inversely proportional to our investment in the same. Vancouver, Calgary and Edmonton have made amazing gains in recent years. Calgary extended the length of its LRT network by 59% in the last decade. Vancouver, 42%. Toronto’s system has grown by 9%, even though our per capita transit usage far exceeds those other metropolitan areas.

Pembina’s Ontario director Cherise Burda points out that every city engages in passionate debates about the choice of transit technology. Other cities, however, are also able to eventually make choices, and then stick with those choices. She also notes that the two cities with the poorest records – Toronto and Montreal – are also the most committed to subways and have the most difficulty adopting other modes.

Besides an apparent path-dependency dynamic, it seems to me that Toronto’s problems stem, in part, from the fact that both provincial and municipal leaders in recent years can’t stop themselves from engaging in a form of political arbitrage that is essentially structural in nature. Because policy alignments between the two levels occur so rarely, and because the preliminary technical work on all transit undertakings takes so long to complete, opportunistic politicians of all stripe have figured out how to destabilize approved projects by stirring the pot, and then reaping the rewards at the voting booth.

The dynamic, in fact, is also symptomatic of the fact that the municipality is responsible for the key policy-making for transit expansion, while the bulk of the funding comes from the province. Historically, that division of labour – invented by Tory premier Bill Davis in the 1960s – delivered meaningful progress, year in and year out. But the decision-making at the time was less complex, the ideological divisions less fraught, and the state of public finance less dire (though artificially so).

Today, it is hard to ignore the irony that while transit has become an ever more dominant issue in each of the last four elections, genuine progress has become commensurately more elusive. Perverse incentives abound, and the negative feedback loop in our politics is now so deafening that we no longer notice it. There is every reason to believe that during the coming term of council, we will actually go further backwards, thus inciting more urgent calls to action, and so on and so on.

The longer I watch this depressing charade – depressing, because we’re systematically wrecking the city – the more convinced I have become that the only way to break the back of this Catch-22 is for the province, via Metrolinx, to absorb 100% of the responsibility for planning, financing and executing transit expansion.

In many cities, state or regional bodies have full jurisdiction over transit expansion, and I no longer see any rationale for leaving this task in the hands of a political entity that has shown itself to be incapable of mature decision-making.

Sure, Queen’s Park would consult the city, etc. But Metrolinx assumes full responsibility for planning and delivering projects. The provincial government of the day uses a broader tax base to pay the cost (no more property tax contributions) and will be entirely responsible for its choices. The TTC becomes solely an operating entity. As for the mayor and council, they can concentrate on other matters.

What’s the upside for the province? That’s an easy one: Toronto and the surrounding metropolitan area is Ontario’s economic engine, accounting for half of the province’s income. If Queen’s Park wants those tax revenues to continue to flow, it must ensure that the region functions efficiently, and that simply can’t happen unless the transit network expands to meet the needs of a busy urban area.