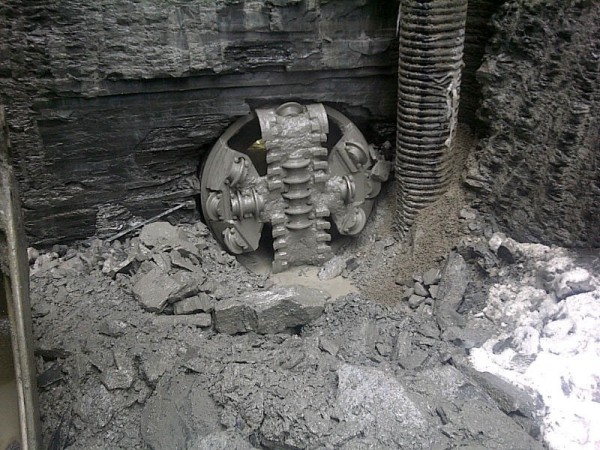 In general, Toronto is a relatively easy place to build underground. Our glacial history left the city with stiff clayey soil and our earthquakes are small and infrequent. The soil is forgiving when excavating and has low permeability, meaning excavations can be made dry (a very big deal when working underground).

But the same glacial loads that left the city with this forgiving soil created strange and interesting rock conditions. When you excavate into the shale bedrock underlying Toronto, it swells and squeezes. If you take a sample of Toronto’s shale bedrock out of the ground you can watch and measure it as it increases in volume; the sample actually gets bigger. If you build a tunnel or a basement in squeezing rock without taking the proper precautions, it will be slowly crushed.

Engineers have known about the phenomenon of rock squeeze in Southern Ontario since the early 20th century. There was a flurry of research in the 1970s and 1980s after tunnels in Thorold and Mississauga experienced serious structural defects. Rock isn’t much of a construction issue in Toronto as it is generally very deep (as shown by the black line in the geological cross section above). In most of the city the bedrock is 30 m or more below the ground surface; most buildings and tunnels in Toronto are founded on or built through soil rather than rock. Structures near the waterfront are an exception; the bedrock is much closer to the surface and becomes an important construction challenge. For example, rock squeeze was an issue in the design and construction of the SkyDome (Rogers Centre) and the Simcoe Street Sewer, and is currently a challenge for the tunnel under construction at the Billy Bishop Airport 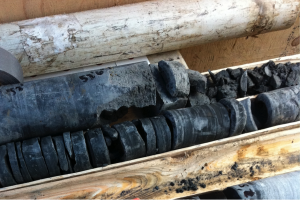 There isn’t a universally accepted theory (PDF) for why the rock swells, though the resulting construction challenges are well known: The swelling is worse in the horizontal direction than the vertical direction. If the rock mass is solid there will be more squeezing than if it is full of cracks. Also, the rock won’t swell without water.

There are two main theories why this happens: (1) the weight of glaciers in the last ice age, or (2) ongoing movements of the earth’s crust. It may be a combination of both.

During the last ice age, about 20,000 years ago, the ice sheet (PDF) covering Toronto peaked at 1 km thick and extended as far as Ohio. This mass of ice exerted a huge weight on the underlying rock. The natural reaction of rock under such a large weight is to flatten and spread out (like mashing a banana, it gets flatter but wider). The glacier was so heavy that it pushed the earth’s crust into the molten mantle below. However, the rock was unable to spread out laterally. Any individual section of rock was constrained by its neighbour also pushing out under the glacier. As all the rock pushed against itself the ‘memory’ of the glacier became locked in. About 7,000 years later the glacier retreated and the weight was removed; the crust in this part of the world has been rebounding (PDF) ever since. However, the ‘memory’ of the horizontal pressure remained. Excavating relieves the constraint on horizontal expansion, allowing the rock to swell under this millennia old load.

The swelling is due to the movement of tectonics plates in the earths crust. Continental drift is pushing the tectonic plates against each other; the force of the plates meeting travels long distances through the bedrock and leaves swelling stresses underlying Toronto. Excavating allows the rock to relieve these stresses by swelling.

Whatever the cause, the rock squeezing/swelling phenomenon is both an interesting quirk of Toronto’s geology and a meaningful challenge for deep excavation near the waterfront.

There are a number of different approaches used to mitigate the effects of squeezing rock. You can limit excavation depths to the top of the troublesome rock, approximately 10 m deep along the downtown waterfront. You can excavate the rock, wait for it to squeeze/swell, and then build your structure. You can build your structure to take the squeezing loads, meaning thick walls with extra steel reinforcement. You can surround the structures by foam like materials that compress as the rock presses in. If appropriate construction techniques are used, the negative impacts of our quirky rock are avoided.

So how often does this matter? In Toronto, construction tends to only happen in rock for projects that are especially deep or very close to the water. Depending on the alignment the city ultimately chooses, the Downtown Relief Line may encounter rock in its southern-most reaches and need to account for rock squeeze. If The Gardiner is replaced with a tunnel under the lake, it would likely be subject to squeezing along its entire length. New towers built near the water could experience rock squeeze in their basements.