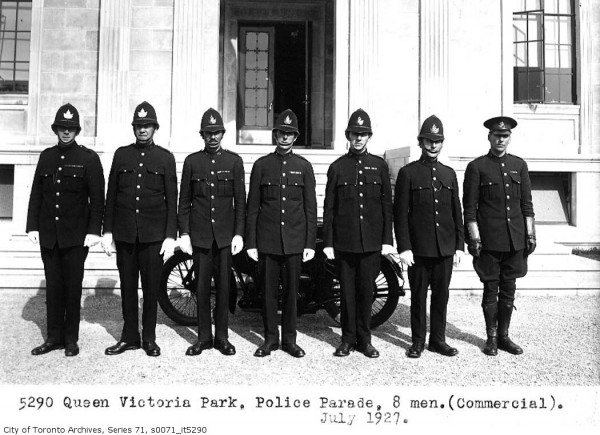 Mayor John Tory said he wanted to improve the relationship between the Toronto Police Service (TPS) and the community, and signaled his intention to sit on the Toronto Police Services Board. As an active participant in discussions about this issue, I find Mr. Tory’s stated focus to be encouraging. But I believe we need a city-wide discussion on defining what we mean by “public safety,” in order to come up with a 21st century mandate for the TPS.

The goal of improving relations between the police and community raises an important question: how do police officers actually build trust? It’s a timely problem given the mass outcry in U.S. cities over the lack of indictments against the officers involved in the deaths of Eric Garner and Michael Brown.

Since 2012, I’ve been working with Positive Change, an ad-hoc advocacy group fighting to end gun violence in Toronto. With 50 unsolved homicides in Ontario and Alberta since 2005, the Somali-Canadian community in particular has been disproportionally affected by this scourge. In 2012 alone, 18% of homicides in Toronto involved Somali-Canadian men – six were killed between June and October.  That summer, I remember spending every other Friday at Khalid Bin Al-Walid mosque, in Etobicoke, praying for the dead and asking myself: What was going on?

The only thing worse than the over-representation of young Somali-Canadian men in the homicide and incarceration statistics is the high level of distrust on both sides, police and community. The mutual suspicion has resulted in a lot of cold cases. Positive Change sought to change that dynamic so that residents would be comfortable collaborating with the police in North Etobicoke to improve community-police relations.

It was a tough assignment. TPS 23 Division covered an area with a very large Somali-Canadian population, but it had no direct connections into that community. Given the level of gun violence in northwest Toronto, a police division that isn’t representative of the residents they served has resulted in communication gridlock.

In 2012, the TPS established the Somali Liaison Unit (SLU) after lobbying from the community. The project was modeled after the success of the Minnesota Police Department’s move to hire Somali-American officers to spearhead a neighbourhood policing program. The problem is, 23 Division’s SLU has no Somali-speaking personnel. Currently, there are three Somali-Canadian police officers serving in the TPS – they’re just not in Etobicoke North.

We can talk about community policing, but we need to think about what makes such initiative genuinely effective. In the case of Minnesota, those two Somali-American officers singlehandedly cut the murder rate in half, according to the CBC; there have been no homicides involving that city’s Somali community for over two years.

Here in Toronto, the SLU did manage to reduce crime in the Dixon and Queen’s Plate neighbourhoods, but not to the same extent. Moreover, the mere existence of this tiny unit highlights the lack of diversity among 23 Division’s 200 officers, the disproportionate toll that gun violence has had in the Somali-Canadian community, and the absence of trust between residents and local police. If TPS needs a community outreach unit specifically to build trust and improve relations, what are the other officers doing when they go out on patrol?

The problem of building trust also extends to the ongoing controversies around police carding, which Tory will inherent once he takes up his role on the Toronto Police Services Board. While he may have grown up in a part of Toronto where “the police officer was your friend,” most racialized youth growing up in low-income neighbourhoods like Dixon had very different experiences.

When my youngest brother was in Grade 11, he once had a police cruiser follow him and his friends as they were walking across an open field. The officers drove across a park to interrogate and card these three young black males. They were asked for their identification and offered no apology once the computer check revealed nothing. Incidents like that have happened to him over and over again – five times to be exact – and in fact to most of the black men in my life. It is a common coming of age ritual for some Torontonians and not others, among them the new mayor.

The carding policy is based on the assumption that police officers do not know who they’re serving and protecting and therefore need to keep track of who’s who in each patrol zone. As such, it will always pose as an obstacle to trust. Carding in of itself is not the problem. The issue lies in the frequency of street checks, where they tend to occur, and who gets stopped. For so long, the discussion around police-community relations has focused entirely on the merits of the process (carding) that we forgot about the purpose (public safety).

In marginalized communities in areas like Etobicoke North, the city and the TPS urgently need to repair this fractured relationship in order to build trust as a means of improving public safety. The two goals should go hand in hand.