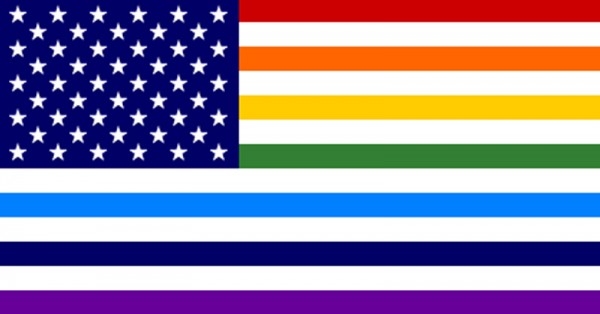 There’s a strange but compellingly human irony in that fact that last week’s momentous same-sex marriage ruling by the U.S. Supreme Court can be traced back to a relationship between two Ontario women who had lived together for almost a decade in a relationship that subsequently fell apart.

Their private acrimony triggered a court battle that set the legal stage for the City of Toronto’s move to start issuing marriage licenses in 2003 to same sex couples — among them, Edith Windsor and Thea Spyer, a long-time lesbian couple from New York who toppled the Defense of Marriage Act in 2013, the key precursor to this latest, and hopefully last, decision to guarantee same sex rights in all fifty states.

“M and H,” as those two women are referred to in court documents, met in the early 1980s, started a relationship, moved in together in a house H had owned since 1974, and established a small advertising firm. The business started to go sour, money became an issue, and M eventually walked out. She sued, demanding that the house be sold, and the proceeds divided.

At the time, courts and politicians were grappling with the question of same-sex benefits – i.e., do employee health plans or other benefits apply to same-sex couples in the same way they do with straight partners? But in the case of the break-up of M and H, the issue came to focus on the ragged end of a relationship, not its day-to-day finances. If straight couples, either formally married or in common-law relationships, have to divide up their assets when love dies, does it not follow that the same rules should also apply to same-sex couples?

On May 20, 1999, the Supreme Court of Canada upheld an Ontario court ruling, which had struck down a crucial definition in the province’s Family Law Act. Section 29 of that law defined married or common law relationships as being between a “man and a woman.” That specific language, the Supremes ruled, “is declared of no force and effect.”

The decision forced the Ontario government, under then premier Mike Harris, to pass a bill updating a raft of laws in order to edit out discrimination against same-sex couples. But as The Globe and Mail’s James Rusk reported in May, 2000, “one of the lawyers in the M v H case believes the new law is also discriminatory because it refers to same-sex couples as partners, while heterosexual couples are called spouses. It also refers to same-sex couples and their dependants as households, while heterosexual couples and their dependants are termed families.”

Enter Ontario crown attorney Michael Leshner and Michael Stark, his partner of almost twenty years. Leshner had been pushing the legal envelope on gay rights for several years, and now seized on the apparent gap in the new Ontario law as an opportunity to go even further. “The Michaels,” as the couple are known, applied for a marriage license from the City of Toronto. City lawyers, in turn, announced they’d go to court, asking for a ruling on whether they can, in fact, take that step. “We are simple public servants who want to do what is the responsible and prudent thing to do,” Paul Jones, director of Toronto’s legal services, said in a press conference at the time.

In early 2001, meanwhile, Rev. Brent Hawkes of the Metropolitan Community Church presided over two same-sex marriages — to Kevin Bourassa and Joe Varnell, and Elaine Vautour and Anne Vautour — which were then “solemnized” by the publication of a banns of marriage. Formal marriage licenses, however, had to then be issued by the City Clerk, and the Ontario Registrar had turned down the municipality’s request to be allowed to process the paperwork.

Lawyers for two couples appealed to the Ontario Divisional Court, and in July 2002, won a landmark decision. “There is no statutory impediment to the issuance of marriage licences to same-sex couples,” wrote Justice Harry LaForme in striking down the federal law defining marriage. The common law definition, as a union between a man and a woman, he continued, is “inconsistent with constitutional values in modern Canadian society, and offends the equality rights of gays and lesbians under s. 15(1) of the Canadian Charter of Rights and Freedoms.” As media reports noted at the time, only the Netherlands to date had legally sanctioned same-sex marriage.

Conservative politicians and organizations in Ontario and Alberta publicly questioned the decision. What’s more, when the Michaels went to City Hall to exchange vows later that month, city clerk Uli Watkiss turned them down, informing the men that she didn’t yet have the legal authority because the Ontario court had given the Ottawa two years to update its laws.

The federal Liberals, in turn, signaled their ambivalence over same sex marriage by announcing the government would appeal the Ontario lower court ruling. As The Globe’s Jeff Sallot reported, the caucus was split, with prime minister Jean Chretien calling for “a national debate.”

On June 10, 2003, however, the Ontario Supreme Court settled the matter decisively, rejecting Ottawa’s appeal and ordering the federal government to re-write its laws within 13 months. The Michaels promptly — and legally — exchanged vows at Toronto City Hall, and news of their marriage quickly spread through U.S. media outlets.

As Leshner told The Washington Post a few days later, “Today is Day One for millions of gays and lesbians in Canada and around the world. This is a wonderful, wonderful human rights story and a wonderful love story . . . This judgment puts a stake in the heart of homophobia.”

With hundreds of Canadian same-sex couples flocking to City Hall to exchange vows, the Post went on to note that many Americans were heading up to Toronto to get married as well, thus skirting legal and political obstacles raised every state but Vermont, which recognized “civil unions.”

In 2007, Windsor and Spayer — who, by then, was dying of multiple sclerosis — flew with a few friends to Toronto to exchange vows at City Hall. After Spayer passed away two years later, U.S. officials hit Windsor with a bill for $363,000 in estate taxes: she wasn’t deemed eligible to inherit her partner’s assets because they weren’t recognized as legally married in the U.S. thanks to the Clinton-era Defense of Marriage Act.

Windsor, whose remarkable life is detailed here, sued for equal treatment. The rest is history.