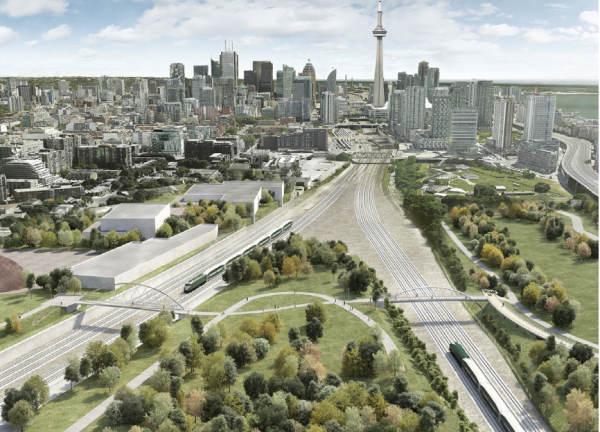 This birdseye view shows how the paired bridges work together to connect the south extension of Stanley Park (left) with the Garrison Common at Fort York (right). Also how they give access to parklands at the east tip of the so-called Ordnance Triangle (foreground). (Credit: Dufferin/Pedelta/DTAH )

A special edition of Fife and Drum, the newsletter produced by the Friends of Fort York, was just released to capture the incredible amount of urban action that has been announced in the last week set to transform the entire area, now home to 70,000 residents. The Friends of Fort York have had a front row view of it all since their creation in 1994. Here’s their take on the two new projects, and a look at the the Fort’s relationship with the Gardiner itself. Inside this edition: