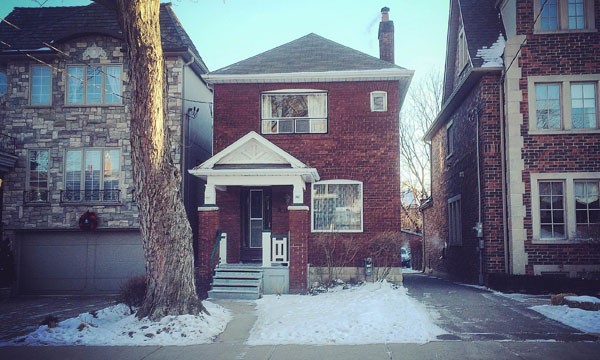 It was the last winter of the Second World War. 1945. The first week of February. Far away in Europe, the Nazis were crumbling: the Soviets were closing in on Berlin; the Americans would soon be crossing the Rhine. The war would be over in just a few months. The Big Three — Churchill, Roosevelt and Stalin — were already at Yalta, meeting to decide what the world would look like when the fighting was finally done.

Neil Young’s dad was one of the people doing that fighting. Scott Young was a writer by trade: a young reporter who would eventually write dozens of books and even co-host Hockey Night in Canada for a while. He first went to Europe to cover the war for the Canadian Press. His dispatches were published in newspapers all over our country. But he soon joined the Royal Canadian Navy instead, serving as a communications officer in the invasion of southern France, among other places.

The war was taking a toll, though; Young was suffering from chronic fatigue and losing weight at an alarming rate. So he was sent back to Canada for tests. That meant he would get to make a brief visit home to Toronto, where he could spend a little time with his wife Rassy and their toddler, Bob.

When he got here, he found the city covered in snow. That winter was a terrible winter — one of the worst in the entire recorded history of Toronto. One infamous blizzard in December killed 21 people. And the temperature barely ever climbed above freezing, so the snow just kept piling up as the blizzards kept coming. By the time Young came home at the beginning of February, Toronto had already seen five feet of snow that winter.

And there was yet another big storm coming. As the city braced itself for the blizzard, the Youngs spent the day visiting with friends who lived in a little house near Eglinton & Mount Pleasant. (361 Soudan Avenue; it’s still there today.) It was far on the outskirts of the city back then; a long way from downtown in the days before the subway. And so, as the storm descended, they all decided it was best if the Youngs stayed put. They dragged a mattress downstairs and set it up on the dining room floor.

Scott Young wrote about that night in his memoir, Neil and Me. “I remember the street in Toronto, the wild February blizzard through which only the hardiest moved, on skis, sliding downtown through otherwise empty streets to otherwise empty offices.”

The Youngs’ love story wouldn’t last forever. In the coming years, they would often fight; she drank, he had affairs. In the end, they divorced. But on that stormy winter night in 1945, they were happy. A young wife and her new husband home on leave from the war.

“We were just past our middle twenties,” Young remembered, “and had been apart for most of the previous year… We were healthy young people, much in love, apart too much. It was a small house and when we made love that night we tried to be fairly quiet, and perhaps were.”

Nine months later, the war was over; peace had finally come. Scott Young was back home again. When Rassy went into labour, a neighbour drove them down to the fancy new wing of the Toronto General Hospital. It was early in the morning of a warm November day when the baby came. They named him Neil Percival Young. He would grow up to become one of the greatest rock stars in the world.